Dinesh Varadharajan: Eyes on, hands off

The VP product management of Kissflow believes in facilitating what his teams want to do, and not micromanaging them 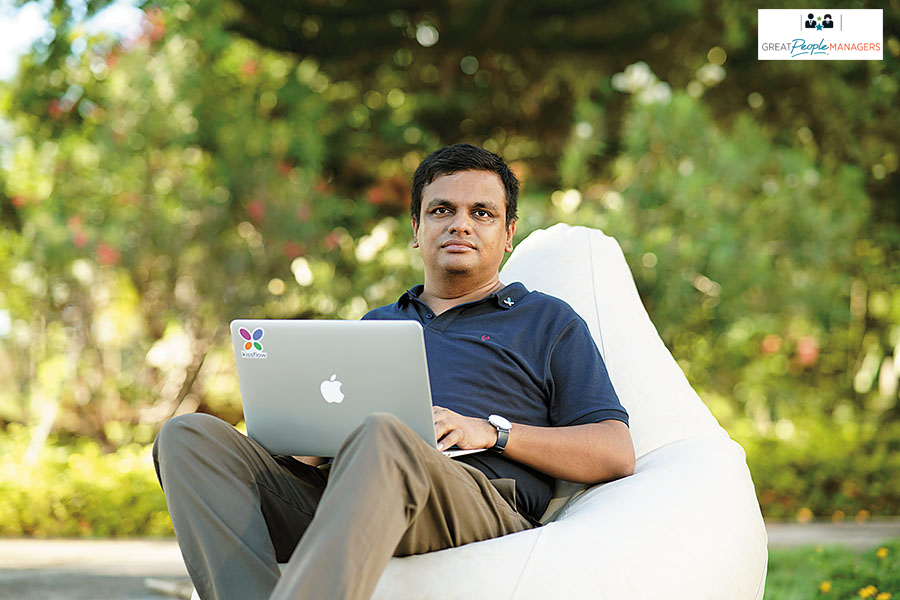 Dinesh Varadharajan believes in the network effect in which everyone talks to everyone and there isn’t a top-down approach to managing people and teams. “I believe in what we call as eyes on, hands-off approach,” says Varadharajan, 41, vice president of product management at Kissflow (formerly OrangeScape Technologies). “We recruit really, really smart people and they don’t need management… they just need guidance,” he says on a phone call from Gobichettipalayam, his hometown in western Tamil Nadu.

Varadharajan oversees a team of 50 to 60 people in the Chennai- and US-based company that helps small businesses automate business processes. People can build these information technology processes without having any serious knowledge of coding, using the Kissflow platform.

Typically, in many organisations, there is a minimum common denominator—which means everyone is a resource and one is creating a common set of processes to manage those resources. But when one hires smart people, each person comes with unique strengths, which rigid processes will not unearth, and forces everyone to work on the same plane, explains Varadharajan.

So Kissflow believes in creating teams of superstars in which everyone is good in their own right. “But when they are trying to solve a problem, they work as a team of Avengers,” he adds. “They have their own strengths, but they work together to solve a common problem.” 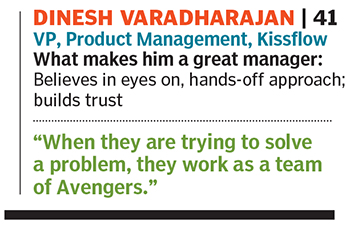 As a result, Varadharajan only has to facilitate what the teams are trying to do. He sees his role as providing the broad guardrails to ensure they don’t fall off the cliff. Kissflow’s teams get enough independence to make their own choices, he says.

“Dinesh excels in the two qualities that help build trust—character and competence. Not only is he one of the most skilled product leaders in India, but he also deeply cares about the team he works with,” says Sathyanarayan Viswanathan, senior product manager at Kissflow. “He is empathetic, compassionate, and works hard to mentor those who reach out to him. Combined with his unyielding passion for software as a service, Dinesh remains an inspiring figure to everyone who works with him.”

“The team knows its strengths. It can decide on how it wants to act, the process it wants to use, and just as a guardrail, we don’t define the direction that they have to travel to reach the goal. That’s the operating mantra used internally,” says Varadharajan. “The critical factor is trust. And we don’t want people who—even though extremely talented—will not fit into this culture. There is enormous focus on building this culture.”