The Oberoi Group took care of stranded guests, opened its doors to health care workers, and supported the community. But for all that, its employees came first 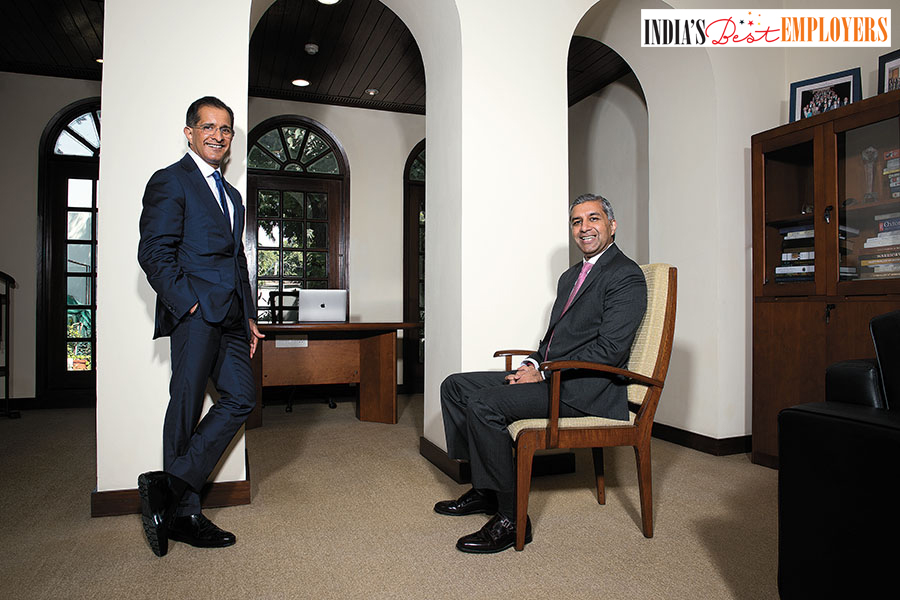 It was early June last year when Delhi-based R Ramesh received a call that his 82-year-old father had tested positive for Covid-19 in Chennai. The 51-year-old, who is vice president-household maintenance at The Oberoi Group, tried looking for flights or any other means of transport to get back home, but nothing worked out. Eventually, he sought help from his colleagues in Chennai. “My colleagues went out of the way to help us. I was feeling so helpless sitting almost thousands of miles away and didn’t know what to do. But my associates immediately arranged a bed for my father and got him admitted to the ICU because his oxygen levels had dropped drastically. He was moved to the general ward the next day and started recovering. On the fourth day he sounded completely alright,” recalls Ramesh.

But fate had other plans. A few days later, he received a call saying his father had passed away. “The doctors said it was a cardiac arrest. I was devastated,” he says. Once again, his colleagues from Trident Hotel in Chennai rushed to the hospital along with his sister. “Given the situation at that time, I was lucky to get to see my father one last time on a video call. My colleague Prakash managed everything... he too struggled, but used his contacts to find space in a crematorium for the last rites. There were so many hindrances at each point, but without worrying about catching the virus, the team helped me and my family,” remembers Ramesh, who has been working with the group for 28 years.

“It was amazing to see how the entire team rallied and helped Ramesh till the end. This defines the core values of our organisation. After one of our employees passed away due to Covid-19, we immediately reached out to his family and took care of all financial needs, including the employee’s son’s education,” says Vikram Oberoi, MD and CEO of The Oberoi Group.

With international flights cancelled and people getting stranded due to the lockdown, the group ensured that employees and guests alike were well looked after. “These guests continued to stay in our hotels across locations, safely. And we looked after their well-being and provided them with whatever assistance they needed,” says Oberoi.

There was a couple who couldn’t go back to the UK, and were in the hotel for probably over a month during the lockdown. They could return only when the UK government organised special flights. There was another Japanese guest staying at the Trident in Jaipur and the hotel was kept operational only for him. Another family of four from Africa stayed at the hotel in South Mumbai for about three months. “These were some of the guests stranded with us for a long time. Our team didn’t go back home and stayed back in the hotels to look after these guests and the hotel during the lockdown. The pandemic has had its economic impact yet people within the organisation united together to do the best they could even under difficult circumstances,” adds Oberoi. 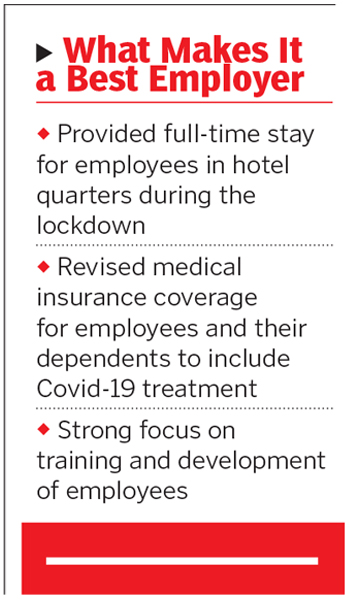 The group not only provided full-time stay within the hotel quarters for employees so that they would not need to step out during the lockdown, but also ensured a doctor across all locations for timely assistance and medical check-ups for the employees.

The group regularly communicated with employees to check on them and also tied up with a counselling agency which many employees reached out to for help. There was also a revision in the medical insurance coverage for employees to include Covid-19 treatment for staff and their dependents.

“Besides assistance with hospitalisation and medical aid or financial support/insurances as required, for employee well-being, we also set up a support helpline and focussed on wellness initiatives, virtual yoga and fitness sessions,” says Nirbhik Goel, executive vice president-HR.

Employees too did their bit. Even as the group opened its doors and accommodated health care workers at Oberoi hotels in Mumbai, New Delhi, Gurugram, Bengaluru, Kolkata and Shimla, our staff stepped up to support and help. “Our chairman (Prithviraj Raj Singh ‘Biki’ Oberoi) spoke to the general managers across the organisation early during the lockdown, and asked them to support the local community,” says Oberoi. In Mumbai, the group set up premises adjacent to Trident, Nariman Point, for government personnel to have their meals and the hotels also distributed food to those struggling to sustain themselves during the lockdown.

Even in regular times, the group is known for looking out for its employees. Vir Sanghvi, journalist and food writer, says for 30 years now he has been hearing stories about how employees with health problems have not only had all their bills paid but that ‘Biki’ Oberoi has himself found them the best doctors and hospitals in India and abroad. “For the Oberois, more than any other group, the lockdown was a huge challenge because the resorts have always depended on foreign leisure traffic that dried up during this season. The fact that the staff were able to quickly redesign the product and reorient their strategy for Indian leisure traffic tells you something about the quality of the Oberoi staff and the way the company encourages innovation and urges managers to think on their feet,” he adds.