A Passion For Education

An educator does not like to hear the word profit so they use the word surplus -- and to generate surplus, a business has to be sustainable

If you build it, they will come -- so the mantra goes -- and that’s exactly what Ng Gim Choo did with the EtonHouse group of schools. And serendipity, as it turned out, would play a key role.

After a stint in London where her husband relocated for work, Ng was particularly struck by how her daughter enjoyed going to pre-school there. After serving as a parent volunteer at the school, she discovered that the UK learning experience -- based in part on inquiry- and play-based learning -- was very different. She was so inspired she started her own pre-school upon the family’s return to Singapore. That was 15 years ago, where the pioneering class consisted of just 35 children. 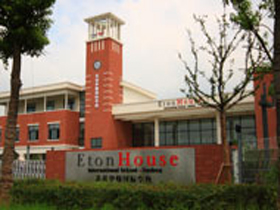 Today, the group operates 26 schools in Singapore, China, Indonesia, India, Japan, Malaysia and Korea, providing education based on the International Baccalaureate (IB) curriculum to more than 3,000 children from over 50 different nationalities.
But EtonHouse’s success is anything but fortuitous. Ng says her commitment to quality vis-à-vis the teachers remain a top priority, because the children take precedence, adding that they “learn best when they are having fun”.

Hence, she set up the EtonHouse Education Centre to develop her teachers. The training is comprehensive, as the centre provides a suite of academic programmes in early childhood education ranging from certificates to master’s qualifications. “Our aim is that all teachers, including existing teachers should have at least a diploma in early childhood education, and later a lot of them should also go through a bachelor’s degree and master’s degree.”

Though already an established market leader in Singapore with 10 EtonHouse centres, Ng says breaking into the China market was more daunting. “The challenge is always finding the right people to run the business, and finding also the right people who want to go to China,” which is often perceived as a ‘hardship posting’.

But as with any business regardless of location, paying attention to the bottom line will always be top of mind. “To build a sustainable business, the school itself has to generate a surplus. An educator does not like to hear the word ‘profit’ so we use the word ‘surplus’ -- and to generate surplus, a business has to be sustainable”.

While her educators in China are ‘global’, they are assisted by a local team there; she has also chosen to position her corporate office in Shanghai. “We learn in order to keep the operating costs low, we have to localise.”

That strategy has paid dividends, especially in Suzhou. “We did it so well, the school has a long waiting list,” she reveals. This prompted the Suzhou authorities to construct a “purpose-built school”, so Ng was able to move the school to a larger area. “The Suzhou government realised that in order to attract foreign investors into the city, they need to have international schools.” And as the school uses the IB curriculum, students upon their two-year completion can have a smooth transition when they go back to their home country.”

Though her daughter is also in the education sector and could very well follow in her mother’s footsteps, Ng maintains her objectivity with regard to her succession planning.

“I always think the education business has to be run professionally, and whoever runs the business is not important … It’s very dangerous if you appoint your family member to run the business; and that’s why a lot of Chinese businesses won’t go beyond the third generation.”

“If my daughter is passionate, I think she can run the school and she will be one of the candidates that should be considered. On the other hand, I don’t think we should restrict the choice of successor to her.”

Tweets by @forbes_india
How LG Electronics Reinvented Itself in the US
Jeff Immelt, CEO and Chairman of General Electric: Pushing Change Can Be Unpopular