Are You A Star Performer?

Star performers may be CEOs or politicians or even clerics; they may live in a forest or a city or a jungle. But they all share certain traits

“Star performers are often a study in paradoxes – they are walking contradictions,” Manfred Kets de Vries,  INSEAD Clinical Professor of Leadership and Organisational Change, told INSEAD Knowledge recently. He has put some observations of some 20 years of research and management training with CEOs into a white paper entitled “Star Performers: Paradoxes Wrapped Up in Enigmas”.

To hear Kets de Vries tell it, star performing CEOs are super heroes as well as paradoxes. They can think long-term and execute well short-term, they take calculated risks and take responsibility for their actions, combine optimism with realism, have great tenacity and high energy. The list seems endless. 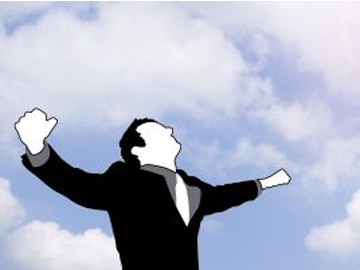 “You need to be able to positively frame things,” says Kets de Vries. “When the CEO says things are bad, if he or she gets depressed, the rest of the team may get depressed because it is very contagious. So you need to be positive but you also need to be realistic, because if you aren’t realistic people won’t believe you any more.”

But being “positive” doesn’t mean being an extrovert. Kets de Vries contends that many star performers are essentially introverts – reflective souls who have learned to be extroverts when it counts: addressing boards of directors, making speeches, leading the charge when it comes to getting on with things.

Leading the Team
And here’s another paradox: star players have to be able to lead the team as well as play in it. What differentiates them as leaders is in part – you guessed it - charisma. But there’s a downside: narcissism, charisma gone amuck. Kets de Vries explains it’s not always easy to tell insecure overachievers and neurotic imposters from the real thing.

“Star performers have charisma, but charisma and narcissism get confused very quickly. We all need a solid dose of narcissism in order to function, but if a leader is insecure, if he or she is not secure in his or her skin, he or she can become a “reactive narcissist”, a pain in the neck because everything becomes too much “me” and they want to have too much recognition; they have too much of a need to be in the limelight. Sometimes people seem to be pretty decent team players but the moment they are in a position of power they derail and what used to look like a star performer all of a sudden is becoming a psychopathic bully.  To be effective as a leader, you have to be a team player – and star performers who are too narcissistic are not team players.”

How to spot a pseudo star performer? A rising star destined to self-destruct, potentially leaving a trail of wreckage in his wake? Kets de Vries goes beyond the 360-degree full-circle commentary.  “I do 720s,” he says. “I do not talk to just people from the office, the business environment, but also people from their other world – friends, family members, children, sometimes even parents, uncles, whatever. And it’s very interesting. Due to this kind of feedback, some people may have some bad surprises - the pseudostar performers who turn out to be psychopathic bullies who are very good at image management and at managing upward, so the people who first notice their bad behaviours are the people under them, not over them.”

The Infosys Example
One of Kets de Vries’ favourite examples of star performance is Narayana Murthy, one of the founders of Infosys—its Chief Mentoring Officer— “a giant role model for most leaders – a person of many paradoxes. Due to his leadership, Infosys has built up specific values such as hard work, ethical practices and living up to commitments. According to Murthy, performance leads to recognition, recognition brings respect, respect enhances power, and humility and grace in one’s moments of power enhances the dignity of an organisation.”

But organisations can have bad effects on star performers as well. “If you have an organisation with a toxic culture, whatever you do, it can make a person sick. You can have a toxic boss who can derail the star performer – maybe a boss who sees the star performer as a threat and gets envious and then tries to put the star down or to demotivate him. Many organisations are not glorious, healthy institutions, unfortunately. I’ve had some executives in my courses who say they’ve learned from bad bosses how NOT to do things, but it’s not the best way to learn a lesson.”

Women star performers face a few more hurdles than their male counterparts. Kets de Vries concedes they have more pressure on them, and the default model of most organisations is masculine. “I think something should be done,” he opines in general terms “but men (consciously or unconsciously) are very reluctant to let go” (of center stage perhaps?).

Despite the similarities in stellar performers, much depends on culture, environment and circumstances – where you find yourself in time and space on the planet. Like there is no baby without a mother, there is no leader without a context. “Being a leader in Malaysia is very different from being a leader in Holland,” Kets de Vries points out. “Running a steel mill is different from running a complex consulting organisation.” Most stellar performers who come from conflicted backgrounds reached out for support in their formative years:  hopefully a parent, but it can also a teacher, a friend, who helped overcome what may have been difficult circumstances.

And star performers share another common trait:  self-awareness. As Kets de Vries points out, “The journey to stardom begins inwardly.”


Manfred Kets De Vries is Clinical Professor of Leadership and Organisational Change and The Raoul de Vitry d'Avaucourt Chaired Professor of Leadership Development at INSEAD. He directs the following Executive Education programmes at INSEAD: The Challenge of Leadership, Executive Masters Degree in Clinical Approaches to Management and Consulting and Coaching for Change. Read more about Professor Kets De Vries’ research in his latest book ‘The Hedgehog Effect: The Secrets of Building High Performance Teams’.

Tweets by @forbes_india
We did not want to price Starbucks in a manner that would be off-putting or intimidating
We have a great strategy -- no, really, we do