Leaders have to learn and practice new management techniques to overcome the habits that could be holding them back. In two articles, I examine the obstacles, and later, the factors that can help senior executives overcome them

We have known for a long time that leaders need to continue to learn throughout their careers. About 50 years ago, U.S. President John F. Kennedy, argued that “leadership and learning are indispensable to each other”.  And about 40 years ago, Alvin Toffler became famous by saying that tomorrow's illiterate will not be the one who can't read; he or she will be the one who has not learned how to learn.

This has become ever truer in the VUCA world. This Volatile, Uncertain, Complex and Ambiguous environment, characterised by an ever increasing rate of knowledge creation and change, increasingly demanding investors, employees, publics and regulators  who keep presenting leaders with new challenges that require new types of responses. In that world, “what got (leaders) here may not get them there”, as Marshall Goldsmith put it a few years ago. In fact, increasingly, what got them here may not even help them stay here. 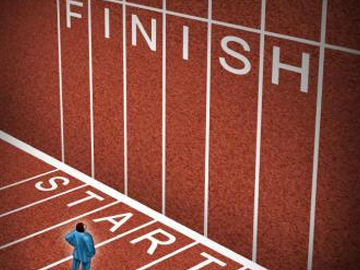 So it is absolutely necessary for leaders, including senior leaders, to continue to develop new responses and capabilities.  Well, there’s good news: Years of leadership research shows that it is indeed possible for senior executives to learn new capabilities. Their personality does not change, but it does not have to. You can learn new skills, new capabilities – i.e., the ability to do something new effectively and without having to think about it too much – without having to change the set of preferences that we call our personality.
Mastering the cycle

The bad news is that it is difficult to do. Despite being armed with greater access to knowledge and training than ever before, executives still need to be able to integrate that knowledge into their behaviour back at work. To do so, they must go through three major  steps.

First, one must identify a need for improvement.  When we feel satisfied with our performance in a particular area, we don’t devote time and energy to improving it. The first step is hence to move from Unconscious Incompetence to Conscious Incompetence.

Most of us have been here before. When learning to ride a bike, this was the part where we took off our training wheels and realised we couldn’t balance. We then have to master staying up straight, which moves us from Conscious Incompetence to Conscious Competence. This requires a tremendous amount of attention, practice and persistence, especially when you fall off.

The four obstacles to change
So how do we overcome these habits? First, let’s examine the obstacles. Over the last twenty five years I have spent more than one hundred days per year researching, consulting, coaching, teaching or facilitating meetings for executives, including as programme director of INSEAD’s new Leadership Excellence through Awareness and Practice (LEAP) programme, which has led me to identify four major obstacles.

The knowing-doing gap:
Today’s executives often know a lot about leadership; they’ve read books and articles, watched webcasts and videos, attended MBA or executive development programmes… But they tend to know a lot more than they do!

Knowing something doesn’t guarantee that one can implement it. In fact, sometimes, quite the opposite!  Knowing the words and having understood the concept can lead executives to think that they’re already implementing it.  If they did not know or understand the concept they would devote more attention to it, but when they understand it and the whole thing makes a great deal of sense, it seems that “the box is ticked” – at least until the individual gets strong feedback that his or her behaviour actually does not measure up.

Insufficient investment:
Too often, today’s senior executives underestimate how much effort is required for them to learn new leadership knowledge in a way that will be helpful in practice. They are too quickly satisfied with a vague understanding of the principle and as a result they often under-invest in developing a more granular understanding of the concept and in ensuring that they remember this additional granularity clearly enough. If it’s not in your head you can’t use it under real time conditions. And if you want the knowledge to be in your head and usable quickly, you must make notes and review these notes regularly. To develop mastery of the practice, you must first develop mastery of the knowledge.

Implementation difficulties lead to insufficient persistence
If we want to behave differently from the habitual response and more consistently with our new objective, we need to a) intercept the habitual response before it is produced (e.g., not say or do what we would normally say or do under these circumstances), b) search our mind to identify a more appropriate response, and c) produce that more appropriate response – all of this in real-time and under performance pressure.

These three steps require significant time and attention, two commodities that senior executives tend to have in short supply. They also require self-control, which recent research has shown functions a little bit like a muscle: Exercising it makes it stronger in time, but weaker in the short run.

As a result, executives will often end up “reverting” to their “natural behaviour”, especially when they are not paying enough attention or they’re tired.  Executives don’t like to fail and to feel consciously incompetent. The temptation is hence very strong to rationalise the failure away in order to be able to move back to the “unconscious incompetence” stage.

Insufficient support from their ecosystem
When executives do manage to become conscious of their shortcomings and to invest enough time and energy to develop and practice new behaviours, they are often tripped up by their environment. The first disappointment occurs when executives fail to receive positive reinforcement on their efforts, as people with whom they interact fail to notice their efforts (because they are producing inconsistent outcomes and/or because the observers have blinders of their own). More problematic still, members of executives’ ecosystem – at work and at home – were used to interacting with them in certain ways, and changing an equilibrium is sometimes difficult. Some of these individuals may be unwilling and/or unable to change the way they interact with the executives. For example, an executive working harder at delegation is going to need subordinates and peers who are willing and able to step up their contribution, which may be less comfortable for some of these individuals than complaining about the executive’s lack of delegation.

Overcoming the obstacles
Each of these four challenges can be overcome through the application of a few enabling conditions. Most individuals will face more than one of these obstacles, which makes it hard to specify a set of enabling conditions that will apply equally well to all executives who wish to continue to develop their skills over time. However, with focus, mindfulness, reflectiveness and persistence, I will explain in the next article how these four pillars can help executives to develop their leadership skills throughout their career.

Jean-Francois Manzoni is an INSEAD Professor of Management Practice, The Shell Chaired Professor of Human Resources and Organisational Development and the Programme Director of LEAP: Leadership Excellence through Awareness and Practice part of INSEAD’s suite of Executive Development Programmes.

Tweets by @forbes_india
Why 80 percent of front-line leaders fail (and how to break the cycle)
Where do you draw the line between Trust and Regulation?