The financial success of a new venture depends heavily on who does what within the founding team. The most successful start-ups allocate positions based on prior work experience as well as how co-founders fit into the social context around them 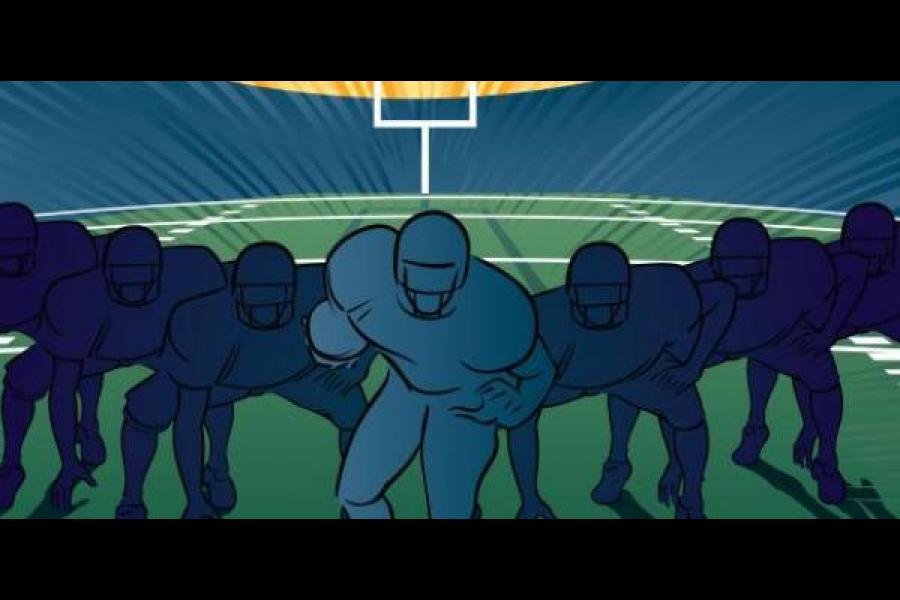 When co-founders get together to build a new venture one of the first and most important decisions they must make is who will do what in the new organisation. When co-founders have highly complementary skills relevant to their venture, this division of task roles is straightforward. However, founding teams rarely come together because of complementary expertise. In many cases individuals will meet at school or work and decide to plunge into a new venture together, thus co-founders often have overlapping skills making task division problematic.

Some team-based start-ups deal with the issue of overlapping skill sets by creating idiosyncratic roles (think of the quirky Chief Happiness Officer or Chief Yahoo Officer!). However, in general start-ups are resource starved and need ”traditional” positions such as CEO, CFO or CMO in order to present themselves as a safer bet and an attractive, professional partner for investors and other influential resource holders.

Even when co-founders have equal equity stakes, someone has to take the title of CEO leaving the others to adopt positions considered lower in the executive food chain, titles such as CMO or COO. So what is the best way for co-founders to divvy up the positions to maximise their venture’s chances of success?

Take your marks…
In a recent paper, How do entrepreneurial founding teams allocate task positions?, HeeJung Jung of Imperial College London, Michael Pich of INSEAD and I, noted that founding teams typically leant towards two competence cues when deciding  the division of labour within the team. One is prior experience - for example, a person with marketing experience makes a good fit for CMO. The second is a more general cue that depends on co-founders’ social status – for example, when all else is equal in an INSEAD founding team, a “dean’s lister” is perceived as being more competent than someone who isn’t and could therefore be seen as a better fit for a leadership role such as CEO. Depending on the particular context, individuals’ social attributes, such as gender, ethnicity, prestige of prior organisational affiliations and educational achievements, could become markers of general ability  and thus influence the division of labour.

Across a set of three studies – one qualitative and two experimental - we found that founding teams allocated founders whose general competence cues suggested greater suitability to CEO positions, with fellow founders taking lower status roles on the executive. Interestingly, we found that ventures where founders were slotted in correctly based on their “status”, were significantly more successful. In other words, when occupants of positions were typical, their ventures did well.

The nerd and the dropout
In the setting of our study, the general cues of competence were gender, ethnicity and occupational/academic achievement. Specifically, individuals who were male, white, worked in prominent firms like McKinsey or Goldman Sachs or were on the Dean’s list were seen within their teams as having greater general ability and hence more likely to emerge as CEOs of their ventures. In contrast, individuals who were Asian females were typical occupants of lower status positions such as CMO or COO.

When teams allocated founders to positions perceived as most suited to their characteristics – when a white male was made CEO and an Asian female CMO - the venture exeprienced much greater financial success. The reasoning is twofold. First, when position occupants are typical, there is much less conflict within the team and everyone focuses on the tasks at hand. Second, in these cases investors and other external stakeholders perceive the team as being more legitimate and in keeping with previous patterns of successful founding teams. Thus they were more likely to bestow resources on them.  Indeed such pattern matching is inevitable given the uncertainty around early stage investing. As legendary venture capitalist John Doerr said, “the success factor I’ve seen in the world’s greatest entrepreneurs…(is that) they all seem to be white, male nerds who’ve dropped out of Harvard or Stanford and have absolutely no social life. So when I see that pattern coming in – which was true of Google – it was very easy to decide to invest.”

To be clear, we’re not advocating that the white, male dean’s lister always be the CEO. To ensure the success of any venture in its early stages, the position of CEO is best bestowed on someone who fits with the context of the broader institutional environment. For example, if three Chinese males started a venture in China, ethnicity and gender would be irrelevant predictors of team position or performance. Our model predicts that for such a founding team considerations such as who attended a prestigious Chinese university or had prior work experience in prominent firms in China would matter a great deal more in how division of labour is handled.

Aim for optimum
If co-founders find themselves starting a business with others who have similar skillsets, then fitting people into roles based on both their specific markers of competence (such as their prior experience) as well as their general markers of competence (such as their perceived social status in their particular social context) is a good way to ensure a better chance of success.

Having said that, it is worth noting that having identical skillsets is never ideal, and founders should aim to have complementary competencies and experience. But this is a tall order for many new ventures whose founding teams come often together through friendship which creates the bonds of initial trust essential to taking the plunge together.

In the event that achievements and status are very similar, co-founders could overcome conflict by using more ambiguous titles, such as “co-founder and director” rather than pigeon-holing themselves into CEO, COO and CFO positions. Co-founders could also aim to revisit the allocation of positions regularly as shifting environments may require the different backgrounds of the founders to come to the fore at different times and for different reasons.

Our model is most applicable to teams that come together from the very beginning. Teams which have new founders joining in sequence are easier to structure given the high amount of risk the early founders take on, which positions them more strongly for the top jobs.

Bala Vissa is an Associate Professor of Entrepreneurship at INSEAD and the Chair of the Entrepreneurship and Family Enterprise area at the school. He is also a co-programme director of the INSEAD Leadership Programme for Senior Executives - India, one of INSEAD’s executive development programmes.

Tweets by @forbes_india
Of Rowling, Conan Doyle and more: A literary trail in Edinburgh
The cost of leaning-in