Social Enterprise first evolved in the developing world. Now the business models and social metrics may be going mainstream

By Filipe Santos with Nigel Roberts

When Filipe Santos began teaching Social Enterprise at INSEAD in 2004 very few of his students had any interest in developing businesses which had a social impact. Now more than 30 percent of his students want to make a social difference. “The time is ripe for a new social impact model,” says Santos. “We see a lot of problems in developed and developing countries that are not being addressed by markets. It’s not just poverty, it’s about things breaking down around long-term unemployment, exclusion from society, healthcare. Problems that society and governments are not able to invest in. For me, social enterprise is the process of developing sustainable solutions for some of these neglected areas.”

The early social entrepreneurs were often people who had been educated in Europe or the U.S., gained experience in mainstream companies in the developed world, and then brought their expertise back to their home countries in the developing world. Nobel Peace Prize winner, Muhammad Yunus, was one of the pioneers when he introduced the notion of microfinance to Bangladesh in the 1970s with the foundation of the Grameen bank. 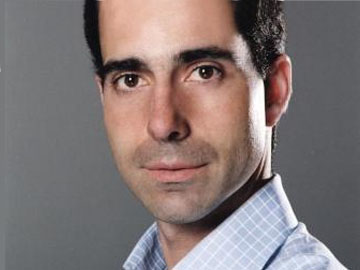 Filipe Santos is an Associate Professor of Entrepreneurship at INSEAD
The early social enterprise models were still essentially philanthropic models where charities and not-for-profits were constantly trying to generate income from donations and grants. Sir Ronald Cohen, whose involvement in social enterprise features elsewhere in this edition of INSEAD Knowledge, makes the point that many charities or and philanthropic social enterprises rely on short-term funding and grants. Yet he believes that the new generation of social enterprise organisations are becoming self-sustaining for the long-term rather than having to go cap in hand to donors every few years.

Social Tipping Point
Professor Filipe Santos believes that we are at a tipping point for the emergence of long-term sustainable social enterprises as well as the adoption of social enterprise principles by mainstream companies who have previously only measured success in terms of profit rather than social impact. “Global companies, with subsidiaries in many countries are probably not hurting as much from austerity. Fortune 500 companies’ cash reserves are probably higher than they have ever been, so increasingly they are engaging in social impact activity.”

He also believes more traditionally profit-focused companies, such as Lagrange and Novartis, are now beginning to achieve significant social impact change. “Will that change the nature of the company? In most cases probably not – at least for the moment. But I’ve also heard people say once you get into a social impact mindset, it actually changes the way they think about constant profit and efficiency and optimisation. That leads to a lot of innovation, which is good for the company and good for society.”

Ethical By Design
After twenty years in business, Sofia Minney, from the environmental and fashion label People Tree, is finally getting the scale to be able to partner with chains like John Lewis and ASOS who want to trade as ethical retailers. They have recently raised two significant tranches of debt from customers in Japan and the U.K. to sustain their long-term growth.

People Tree is a good example of a hybrid business model that combines the best bits of social enterprise and commercial companies. Its founder and CEO, Sofia Minney describes herself as an ethical consumer who turned her convictions into an ethical business almost by accident rather than design. “We set out as a bunch of professionals who wanted to do media and business differently and ended up with a brand that has a lot of integrity; from the farmers producing the organic Fairtrade cotton; through the manufacture and onto the way that we choose to sell and talk to our consumers and the products we deliver.”

Their marketing and pricing strategy aims the fabrics and clothing lines firmly in the mid- market sector along with global brands like Reiss and Boden. The integrity of the supply chain and their multi channel approach to distribution (they have 800 distributors, 3,000 stockists and own their own stores in Japan) allow them to compete with these much bigger competitors. They turn over around £8 million per annum and have notched up 20 percent annual growth in recent years – despite the economic downturn.

Treating their organic cotton farmers fairly comes at a price. Since they pay them ahead of delivery, the company also acts as a de facto ethical bank. Sofia’s husband James now uses his experience in the City to run the company’s finances.

Social enterprise is a growing phenomenon, according to Santos. “What you’re seeing now is a growing awareness of the role that companies can and should play in society and some of the needs that societies have in both developing and developed countries and there are many people in these companies who would like to have more meaning in their careers. You are seeing a lot of these innovations in these companies being driven by champions whose ideas resonate with people who volunteer for their initiative. Sometimes it’s a corporate policy that comes from the top and sometimes it’s a ground up movement.”

Doing Good Business
Despite the fact that the U.K., (certainly under the present coalition government) is probably a major cheerleader for profit-driven Anglo-Saxon market capitalism, the U.K. is actually producing more social enterprises than the rest of Europe – taking the lead in adapting this emerging market model of doing good by doing good business and bringing it to the developed world.

UK-based MyBnk is an example of a more pure play, less commercial social enterprise. Founder Lily Lapenna spent her early career in international development in Zimbabwe and Bangladesh. Impressed by the work that organisations like Grameen Bank were doing to provide capital for small social entrepreneurs, she saw those models could work in poorer parts of Britain. “Coming back to the U.K., I realised that there was a huge gap in education. We were taught about sex but not about money.” She set up ‘MyBnk’ which helps educate young people and provide finance for small scale businesses in socially deprived areas of the U.K.  “The idea was to use financial services as a practical learning tool, encouraging young people to take the responsibility of helping themselves and the wider community.”

Her organisation gets a large amount of its funding from local education authorities who pay for the educational packages. In some cases pupils can apply for interest free micro loans to set up small businesses which invariably deliver a financial return. The success of their educational programmes is mainly measured in terms of the ‘social impact’. “We can prove that young people who take part in these programmes will end up being more employable, more likely to save and be able to manage debt more effectively. All that can be translated along the line into a benefit for government.”

Community Conscious Fishing
The livelihoods of small local fishermen throughout Europe are under threat from dwindling fish stocks and ‘super trawler’ fleets which drive catch prices down. A new social enterprise, Catchbox – a model of community supported agriculture - has just been launched in the South of England and puts environmentally conscious consumers (who are prepared to pay more for an ecologically sound product) in direct contact with local fishermen.

It’s the brain child of marine biologist, Jack Clarke. "You're not going to save the world by using Catchbox but you'll know your money is going to local fishermen rather than a global supermarket chain. You'll know exactly where your food has come from and that it's been responsibly, sustainably fished. We've seen communities club together to save post offices and pubs. Now it's time to work together to save our fishing industry."

Scaling Up
INSEAD’s Christine Driscoll believes that some social enterprises have successfully scaled up – Wikipedia for example. But she admits that many believe getting to the next level is difficult. “When they get to the point where they’ve proven the model and the solution is working, they find that they need to partner with government or the private sector to be able to successfully scale up.” That partnership process between big traditional business and small social enterprises would seem to be mutually beneficial. The social enterprises get access to finance and logistical expertise whilst the big business starts to develop a more ‘social’ mindset.

Before Driscoll became Associate Director of the INSEAD Social Entrepreneurship Initiative, she worked at the socially conscious ethical clothing brand, Edun Live. She believes that not all companies embrace social enterprise for altruistic reasons, but nevertheless by becoming more ‘social’ they almost inadvertently become more profitable. “Wal-Mart, for whatever reason, decided to clean up its supply chain and their environmental footprint and as a result became a lot more profitable and greener by, for example, slashing energy costs.”

Driscoll also believes that multinational companies “do well by doing good” and reap the unintended consequence of opening up new markets and creating new partnerships. “So Danone are working with dairy farmers in Senegal to improve their operations and are partnering with Grameen Bank to produce vitamin enriched yoghurt in Bangladesh. Ashoka have 70 partnerships on file using hybrid business models where private sector companies are partnering with non-profts and social entreprenuers; and Unilever are opening up whole new markets in India and Bangladesh by delivering affordable single use sachet sized shampoos rather than US$6 bottles.”

Filipe will also be taking part in the upcoming INSEAD Entrepreneurship Forum on "Impact Investing: Creating an Industry from Innovations," on the INSEAD Europe Campus in Fontainebleau, France on May 23rd, 2013.

Tweets by @forbes_india
Amish Tripathi: I have enough story ideas to keep myself busy for the next twenty years
The Power of Rituals in Life, Death and Business