Today's leaders require a new sense of self 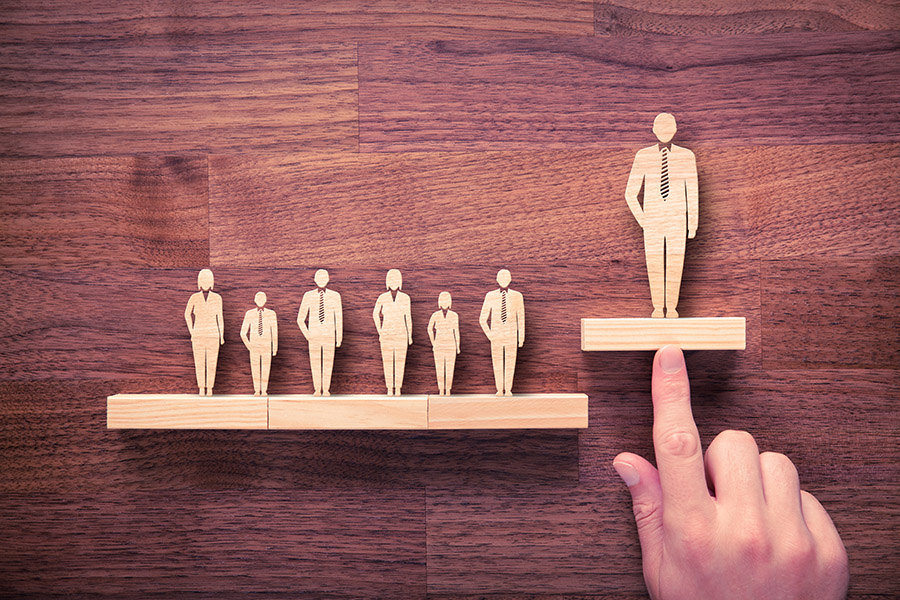 Image: Shutterstock
Interesting times make for ironic reversals. As Western universities draw mounting criticism for apparently behaving like businesses, companies are increasingly modelling themselves after institutions of higher learning. Chief Learning Officers, corporate universities and digital learning platforms are part of the larger trend towards formalisation of an educational mission that used to be implicit.

On one hand, there’s nothing strange about this. In today’s world, both universities and corporations are subject to the same unsparing market logic, competing fiercely for the best talent (top students in the case of U.S. colleges, star performers in the case of corporations). Promising career- and life-transforming leadership development programmes is a sensible recruitment tactic for companies. Better that than a bidding war.

On the other hand, one can question the wisdom of pouring money into programmes that only make it easier for executives to find a better job somewhere else. What can companies hope to gain from investing in leadership development, in a climate where long-term job security is neither assumed nor particularly desired?

Perhaps even more than most organisations realise, say Gianpiero Petriglieri, INSEAD Associate Professor of Organisational Behaviour, and Jennifer Petriglieri, INSEAD Assistant Professor of Organisational Behaviour. Their recent study in Administrative Science Quarterly, co-authored with Jack Denfeld Wood of CEIBS, finds that, contrary to what many believe, today’s “rootless” career men and women crave something to hold onto. In the absence of fixed ties to an organisation or even a country, they want a stable professional identity, a sense of having a direction and connections that will help them navigate a transactional world. Companies with programmes geared towards helping people craft such an identity (which the Petriglieris and Wood call a “portable self”) are likely to reap financial and cultural advantages.

The two species of “portable self”
As befits the blurring of educational and corporate contexts, the authors chose as their research site an elite international business school with close ties to top corporations that recruit its graduates. For the purposes of the study, they refer to the school as “Blue”. Blue offers a one-year MBA that attracts more mature and experienced students than average—most have held management roles before commencing their degree.

They followed 55 Blue students as they prepared to join the programme, throughout their year of study, and in the immediate aftermath of graduation, as they contemplated their future career evolution.

What brought these already-successful professionals to Blue was more than just the degree. By dint of the school’s status and renown, admission to Blue implied an entrée into the ranks of the international business elite.

Blue’s mission—as expressed in official literature and course materials—involved two main avenues of career transformation. There was a performance-focused pathway, characterised by heavy workloads and intense time pressure, and designed to prepare students for the challenges top-level corporate managers actually face. And there was a humanistic pathway, which pushed students towards a greater understanding of themselves and others. Both were pursued simultaneously in the curriculum, and were presumed by Blue’s administration to be complementary.

Fairly early on, however, students began to gravitate towards either one or the other. The performance-based ideology attracted “hunters” (as the Petriglieris call them), who were deeply drawn to identities such as “international”, “manager” and “leader”. The hunters used Blue as a training ground for their future ascension to global leadership. They resolved to become, with Blue’s help, mobile top managers commanding a high salary and the respect that goes with it. Their ultimate desire was to become, as one hunter put it, “more versatile, more international…and able to really go after anything”.

The other camp, which the Petriglieris call “explorers”, was driven towards radical introspection—the humanistic side of Blue’s dual mission. The impersonal label of “leader” was less enticing for them. Unlike the hunters, who strove to develop supple personae that could adapt across contexts, the explorers wanted to find and express a core self that would anchor them no matter what. As one said, “I feel like I had a very siloed life—personal life, school life, this life, that life. I think it is important to step back and look at yourself in the absence of all those things and really understand who you are.”

The Petriglieris and Wood argue that whether students opted to pursue adaptability (the hunters) or authenticity (the explorers), their desired outcome was the same: a portable self.

Three stages of development
The process of crafting portable selves at Blue had three phases. First, the orientation phase—in which MBA students adjusted to Blue’s panopticon atmosphere. “People are always watching you, evaluating you,” one student said. “That wave of feedback has constantly been coming.” Under such pointed scrutiny, everyone’s insecurities emerged. It was the nature of these insecurities—whether the self was seen as lacking ability, or lacking clarity—that determined whether individuals would ultimately become hunters or explorers. By the programme’s midpoint, most had (more or less consciously) chosen their pathway.

The next phase—consolidation—was marked by struggle and solidarity as students looked to one another for guidance. For hunters, peer groups were instant barometers of influence, supplying social cues to help them mould a more effective leadership personality. One approvingly quoted a classmate as saying, “Your core is like a stone, like a diamond. What you can do here at Blue is to put nice cuts to it, so it is shiny and people like it more.” The explorers, by contrast, talked less about feedback and much more about peer support, or friction, as they worked towards self-discovery.

The final phase—validation—began as the year waned and students prepared to re-enter the business world. They began seeking outside affirmation for the fledgling portable self they had crafted, eager to learn whether it would be able to fly. Hunters were inclined to measure the worth of their work at Blue by the amount and quality of job offers received. Explorers also gained confidence from job offers, but derived validation chiefly from resisting compromise in the job search. As one said, “Several companies e-mailed me with interesting positions, and I declined…I may live to regret it, but it’s the decision I wanted to make.”

Career transformation
The upside of all this for organisations, according to the Petriglieris, is that every portable self bears the indelible stamp of its birthplace. The depth of graduates’ psychic connection to institutions such as Blue belies the brevity of their tenure there. The Petriglieris call this “loyalty without membership”, an intangible tie that can yield concrete benefits. Think of the professional services firms that rely heavily on referrals from ex-employees, or research showing that staying in contact with former members makes organisations more innovative.

The distinction between hunters and explorers is instructive too. To the Petriglieris, it suggests that programmes promising career transformation should equally address the need for self-discovery and flexibility (as Blue did). Otherwise, there is a risk of alienating half of your audience.

When supervising or recruiting talents, it helps to know which of the two categories they belong to, at that point in time. Identifying whether their developmental aspiration is to become more flexible to pursue a clear goal or to reflect upon “what next?” is no substitute for really knowing them, but it does give you a thumbnail guide to their underlying motivations. Left to themselves, a hunter and an explorer may fail to understand each other; explorers may resent an assignment better suited to hunters, and vice versa. If they can at least name the source of the misunderstanding, and feel understood, they may be able to work around their differences.

Gianpiero Petriglieri is an Associate Professor of Organisational Behaviour at INSEAD. He directs the Management Acceleration Programme, the school’s flagship Executive Education programme for emerging leaders. He is an Academic Director of the INSEAD Initiative for Learning Innovation and Teaching Excellence.

Jennifer Petriglieri is an Assistant Professor of Organisational Behaviour at INSEAD. She directs the Executive Education Management Acceleration Programme.