When talking the talk is enough to change culture

By Phanish Puranam and Özgecan Koçak 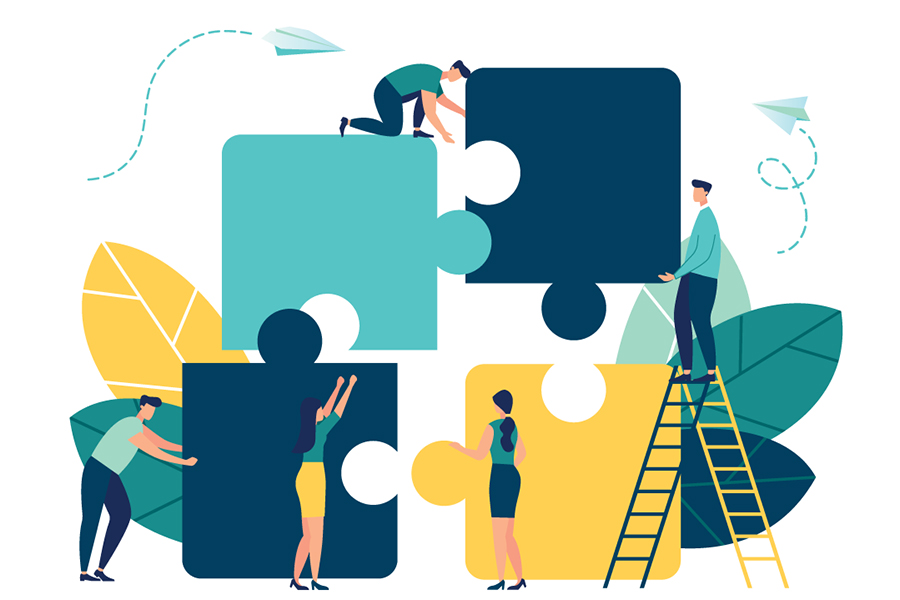 Organisational culture – shared assumptions, values and norms – can facilitate collaboration. Culture can fill in the gaps in formal administrative systems where collaborative actions cannot be measured and monitored. Put simply, organisational culture shapes what employees do when the bosses aren’t looking. No wonder, then, that failures of collaboration, such as those observed after mergers or in the aftermath of too-rapid expansion through hiring, are often attributed to cultural factors. Conversely, cultures are often credited with the success of organisations that do particularly well at getting their employees to work together.

How to create a culture of collaboration
This leads naturally to the question of whether and how a culture that supports collaborative efforts can be designed. One cannot simply mandate a particular set of assumptions, values or norms on the basis of authority, and expect them to persist. Broadly speaking, there are two approaches to making common cultural assumptions stick: through shaping consequences of action (which we will refer to as the “incentive-based approach”) and through shaping beliefs about what actions are appropriate (which we will call the “framing approach”).

The incentive-based approach relies heavily on the carrot and the stick. To boost collaboration, this approach would design incentives to reward team players and penalise defectors. The framing approach aims to affect people’s views about the world directly, without altering actual situations or consequences. That subjective impressions can triumph over plain facts is a well-established feature of human life, both within and outside the workplace. And having superimposed themselves upon reality, beliefs can then reformulate it through believers’ behaviour. If enough people act as though something were true, it becomes true – so goes the logic behind the framing approach. The tension, of course, is that shaping consequences through incentives is expensive, but can shaping beliefs through framing ever be enough?

There are many ways one can tackle this important problem, including interviewing managers, running surveys, analysing text or conducting experiments in the behavioural lab. We chose to conduct our experiments in silico, i.e. using computer algorithms to simulate interactions between agents. Such an approach is very powerful in allowing us to study “counterfactuals”, or what would have happened if everything was kept constant except for one specific cultural intervention or contextual condition. But because these experiments are being conducted in the artificially clean world of bits and bytes, rather than the messiness of “reality” (whatever that is), the results are only as useful as the assumptions used to model the problem. Consider our results, recorded in our recent article for Advances in Strategic Management, as proof of concept then, rather than proof positive – a prototype that survived a wind tunnel rather than the jetliner itself.

The results of this study showed that the right initial framing of a situation – beliefs established through persuasive rhetoric, an inspiring vision or careful recruitment choices for example – could under the right conditions lead to a self-reinforcing culture of collaboration, instead of being mere empty symbolism. So let’s look at what these conditions are.

Collaboration contexts and interventions that “frame” them
All collaboration situations are not created equal and vary in the types of impediments they contain.  These impediments can all be classified as either coordination-based (i.e. not knowing how others in the organisation will respond to one’s behaviour) or cooperation-based (i.e. misalignment between self-centred and collaborative motives). Combinations can exist too, of course. We took pairs of “agents” (computer programs that mimic how humans learn to choose based on feedback) and threw them into different collaboration contexts. Their interactions resulted either in effective or ineffective collaboration. We then introduced a number of framing interventions into the computer-simulated work environments.

There are three interventions real-world companies can use to reframe the belief system of employees. Sorting occurs at the hiring or selection stage, where managers can prevent people with ill-suited beliefs from entering the organisation in the first place. For example, if an interviewee betrays a tendency to seek personal glory at the expense of the group, the hiring manager can mark it down as a red flag.

Socialisation pertains to official, top-down training and communications, such as onboarding documents and emails from the CEO. These are opportunities for higher-ups to impart their preferred beliefs about the behaviours that do and do not fly within the organisation. Sense-making refers to the day-to-day interactions between members, through which they form interpretations of what is happening around them and update their beliefs accordingly. Managers can influence this process by providing feedback (more frequently or more subtly) and influencing who interacts with whom. Not everybody adjusts their beliefs at the same rate, for reasons having to do with their learning styles, interests, status or stubbornness. This turns out to matter in our models.

When changing beliefs is (not) enough
Our results suggest that changing only beliefs sometimes provides enough of a cultural shift to effectively promote collaboration. We found that for coordination-based hurdles, which involve uncertainty about what others will do, framing practices that operate at entry (such as sorting and socialisation) can help. These interventions are focused on aligning the employees’ beliefs prior to engaging in a task, thus lessening the collaboration-inhibiting effect of uncertainty. However, when the obstacle is cooperation-based (i.e. rooted in conflict between one’s own best interests and those of the group), alignment of prior beliefs through these means has no impact on collaboration. Whatever vision you convey and the employees leave the training room believing, reality will soon tell them otherwise as they engage in sense-making to revise their beliefs based on feedback.

But our most striking finding concerns the joint use of both types of cultural interventions. Combining “at entry” practices (such as sorting and socialisation to frame a collaborative mindset) with practices that produce asymmetry in adjustment (e.g. pairing up individuals who are more and less sensitive to feedback in revising their beliefs) can help improve collaboration across all the contexts we studied. The reason this occurs is both simple and profound: The agents in our model are adapting not just to their work environment but also to each other; when both start out believing that behaving collaboratively yields the best rewards, even when reality suggests otherwise, the fact that one agent is slow to adapt to this feedback gives the other a reason to continue to collaborate as well.

To clarify, we are not arguing that the efficacy of framing is greater than the incentive-based approach to shaping culture. In fact, it is advisable to consider using both approaches in tandem. Our point is much simpler: Framing effects can be sufficient when they become self-fulfilling. A combination of (a) optimistic beliefs at entry; and (b) asymmetry in adjustment of those beliefs in the face of feedback seems a promising path to ensure this across a range of contexts.

Özgecan Koçak is an Associate Professor of Organisation and Management at the Goizueta Business School of Emory University.