The side effects of drug price controls

The 2013 Drug Price Control Order capped prices of over 300 drugs in the Indian market. Using an experimental design to assess the consequences of this price control on the anti-diabetic drug Metformin, Professor Chirantan Chatterjee and his co-authors show the unintended consequences of such price regulation 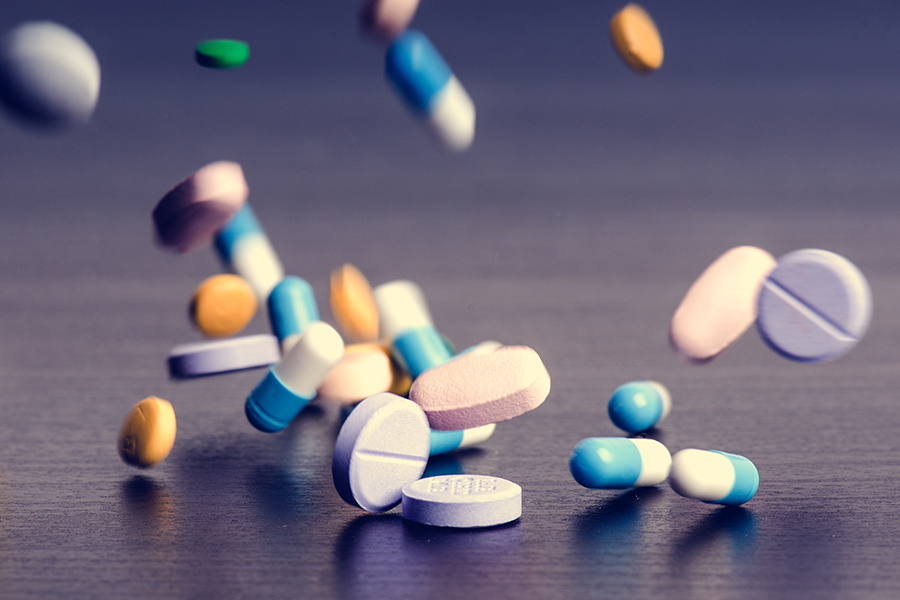 Image: Shutterstock
Price controls are central to healthcare policy discussions in India today, be it medicines or medical devices. Price controls in healthcare have the noble intention of enhancing patient welfare. However, economic theory suggests that for a variety of reasons, they can generate unintended consequences, especially if the price regulation is not efficiently designed and there remain gaps in implementation and enforcement. Yet, few studies offer rigorous empirical evidence on these unintended consequences of price controls in Indian healthcare.

Based on their research, Indian School of Business Professor Chatterjee and his co-authors take up this challenge and document how in the market for the anti-diabetic drug Metformin, firms coordinated to manipulate price controls. Their results demonstrate for the first time the issue of regulatory capture in price regulation in Indian pharmaceuticals. Many commentators have expressed concern about this issue for public policy more broadly in India.

Although the evidence provided by the authors is limited by their single molecule context, and is based on a single-country setting in India, the findings in this paper offer new evidence that in practice, price controls may actually result in adverse welfare consequences. These can include, for example, exit by companies from selling products, inappropriate prescription of pills, problematic health outcomes because of inappropriate prescription etc. For this reason, price controls should be used sparingly by the policy maker with due evidence-based diligence.

To provide some institutional context, note that Metformin was made an essential drug by the World Health Organization (WHO) in 1998 for its 500mg dosage. Following WHO, India also controlled the prices of Metformin 500 mg as part of the 2013 Drug Price Control Order (DPCO). The DPCO applied a price-capping formula on Metformin and 652 formulations of 348 other drugs. This formula was arrived at by collecting data of medicine prices from the market.

The findings of the study show that given the control of prices in Metformin 500 mg, 16 out of the 112 firms selling Metformin in the market with at least 1% market share (and whose price data was taken by DPCO to come up with its 2013 price ceiling) coordinated more strongly relative to other firms in the market.

These findings provide evidence of regulatory capture. In a nutshell, limiting the scope of regulation to the 500 mg dosage of Metformin (which accounts for 63% of the overall sales of Metformin) creates incentives for some firms more than others to more aggressively market unregulated formulations of the drug. Also as a result of price controls, the top three fixed dose combinations of Metformin with Glimperide, Pioglitazone and Glicazide outsold Metformin. Together, they accounted for 59.5% of sales.

These results align with anecdotal evidence from other low- and middle-income economies where pharmaceutical firms divert their efforts into substitute markets to respond to partial price cap regulation. In other words, managers of profit maximizing firms may potentially receive a priori information on regulation and likely shift their efforts to designing new products that escape the brunt of regulation. For example, under Hugo Chávez, price controls imposed on essential food items in Venezuela led firms to switch from price-controlled white rice to non-controlled flavoured rice and from price-controlled milk to non-controlled cheese. These diversions led to shortages, according to a report titled “Feeding Frenzy” that appeared in The Economist in March 2009.

This study as highlighted earlier has important policy and managerial implications. First, loopholes in policy design are complicated by weaknesses in implementation. The government leaking out information on the dosage of a drug whose price is under regulation is an example of a loophole in policy design. Also, there are no tracking and punishment methods if a firm fails to adhere to the price cap or is strategically launching a new variant of the drug to bypass regulation. In addition to this, the government has not been able to fix the ceiling prices of 102 out of the 652 formulations mentioned earlier.

Furthermore, violation of the price-cap ceiling imposed by DPCO 2013 has not attracted any punitive consequences for firms. This is compounded by the fact that in India, neither the Department of Pharmaceuticals nor the National Pharmaceutical Pricing Authority have the institutional ability to monitor prices of medicines at the state level. Such capacities are key to enforcement of the regulation.

That said, the authors do suggest that a more robust drug price collection system now under implementation by the Government of India could improve matters. In addition, the drug distribution system could be reformed in India, by building up the scale and scope of generic medicine pharmacies as in the Jan Aushadhi Programme, a campaign launched in 2008 by Government of India to provide quality generic medicines at affordable prices to the masses.

For pharmaceutical companies, the control of prices in medicines and healthcare by regulatory authorities in emerging economies provide a salutary reminder of the global pushback they are receiving worldwide to their pricing behaviour. The industry’s reputation from the supply side can be improved by responsible pricing behaviour and complementary programs to enhance the diffusion of their medicines and healthcare products to the less privileged at highly subsidised prices.

Both policy makers and firms need to meet somewhere mid-way to find a win-win solution.

About the Research:
Bhaskarabhatla, A., Chatterjee, C., Priyatam, A., and Pennings, E., 2016. Mitigating regulatory impact: the case of partial price controls on metformin in India. Health Policy and Planning, 32(2), 194-204.

About the Writer:
Anubrata Banerjee is a freelance writer with the Centre for Learning and Mana