A Step Back. A Step Forward: Finding a New Perspective in a Season of Change

Change is like looking at one of those paintings made up of individual images; if you look at it close up, all you can see is a jumble of faces, but when you step back and look at the entire painting from a distance, you can see how all those pieces are interconnected and woven together to create a complete picture.

Most of the events of the past few years appear to be unpredictable because we are using a very short lens to view them. We must take a step back, and look at all of the pieces that make up the changes we face – like the example of the larger painting made up of individual images.

In the past few years, we have witnessed the devastation of natural disasters such as Hurricane Katrina. Add to that the drought in Australia that was followed by massive flooding, and recently the severe drought in Eastern Africa.

Has the world gone crazy? I don’t think so. 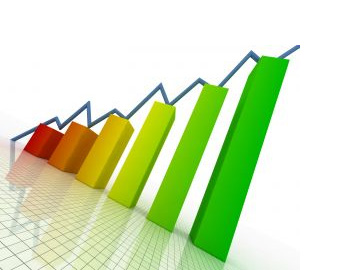 Step back and take a much longer view. Since 1950, carbon dioxide – so stable for hundreds of thousands of years – has been on a steady upward climb along right along with our energy consumption. At the same time, the number of weather disasters has steadily increased from less than 10 per year in 1900 to well over 400 per year in 2010.

Let us consider a few other “unpredictable” events we have had to deal with in the past five years.

The crash of the financial system in 2008 touched off a global recession. Since then we have seen the collapse of Iceland’s banking system and the threat to the European Union as Greece struggles to come to terms with a crushing debt.

Was the financial crisis truly a Black Swan – a truly unpredictable event? In a study Ivey conducted following the crisis, leaders across the world, particularly those in the financial sector, told us that they knew the boom could not last, that banks were over-leveraged, and it would eventually end.

While these events have touched our lives in mainly negative ways, few of us would have predicted the events of 2011.  The Arab Spring that began with the fall of the Tunisian government and was followed quickly by the revolts in Egypt and Libya that forced the resignations of Egyptian President, Hosni Mubarak, and Libyan strongman Muammar Gaddafi demonstrate the incredible power of ordinary citizens to change the course of history.

Unpredictable events are most often quite predictable, given a little perspective. Unfortunately for us, we find ourselves again in a very distinct period of change. It is a perfect storm — a convergence of a multitude of fundamental changes happening simultaneously across an increasingly flat world.

We must address what this means for us as Canadians and what we can do about driving change toward a more positive future. This journey begins with a positive step forward.

We must embrace strong leadership, creative solutions and a willingness to meet these challenges with a new perspective.  As in the past, the steps we take today will shape future opportunities and challenges.

Ed Clark, President and CEO of TD Canada Trust, and the honouree of the 2011 Ivey Business Leader Award, says there are three fundamental economic forces at work in our world that make change an imperative to survival for all Canadians:
The changes required to meet these challenges are enormous.  So enormous they can feel overwhelming and leave many of us feeling powerless.

According to The Honourable John Manley, President and CEO of the Canadian Council of Chief Executives, Canadians can look forward to a bright future: “With smart public policy and innovative, far-sighted business leadership,” he says, “our country has the potential to lead the world’s major industrialized economies in growth and job creation …. if we move quickly to unleash investment at home and seize new markets abroad.”

So what are the big changes impacting Canadians?

The main challenge facing us is that the financial recovery initiatives, which so effectively moved us through the financial crisis, have now created huge deficit and debt challenges for both provincial and federal governments. This economic crisis has shed light on the need for a new role for government and a new approach to national and regional fiscal management.

We must also address our high youth unemployment rates, one of the motivating factors behind the Occupy movements that swept across Canada this past summer and an early indicator of potential unrest. When 17.2 per cent of youth between the ages of 18 and 25 are unemployed and losing hope, there are very fundamental changes must be made.

Fortunately, as Mr. Manley pointed out, both the opportunities and the resources to capture them are within our grasp.

Massive urbanization and the rapid growth in the ranks of Asia’s middle-class consumers between now and 2030 will generate big demand, not just for energy and natural resources but for financial services, education, cleaner technology and environmental improvements.  Canada is a country rich in the natural resources much needed and valued by emerging economies, particularly China. We have great infrastructure, a great education system, valued as one of the very best in the OECD countries, and outstanding relationships to continue to build on in North America, Europe and Asia.  We must capitalize on the opportunities in front of us.  This requires some change for business and perhaps for business schools as well.

These are times of great change, and it will not be easy. We must, as business and community leaders, encourage and support the government in making the tough choices for our future. When our children are sitting beside us in our final years, and we are reviewing the events of the day with them, I hope we can take great pride in where we are as a country. Knowing we did the right thing.

We took part in creating a promising future.

Tweets by @forbesindia
Power From the Waves
When Spending Hurts