The CEO and MD of payments services provider Atom Technologies feels flawed security systems killed IVR, but the space can be a hotbed of innovation in future 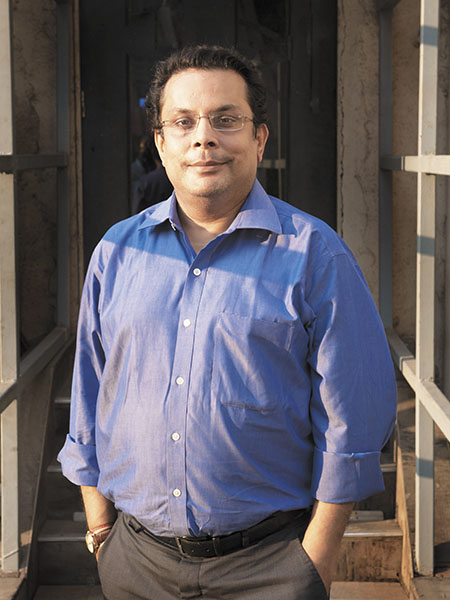 Image:Vikas Khot
Q. How has demonetisation helped to increase digital payments?
One of the most important facets of demonetisation has been the rise of point of sale (POS) machines, from 1.3 million in October 2016 to 3 million plus in August 2017. We are sure this will move further up. It also ensured that each and every citizen of India was made aware of digital payments.

Q. POS machines in India work out to about 1,000 terminals per million. Brazil’s rate is 25x higher. This must be a great opportunity for you.
There is a tremendous opportunity for POS deployment across the country. We are home to over 25 million retailers. Card acceptance points are required across the length and breadth of this country.

Q. Mobile wallets have been the pioneers of digital India. How do you see this space evolving?
I would not agree with this statement. The main driver for digital payments has been the internet and we should largely credit the IRCTC (Indian Railway Catering and Tourism Corporation) for driving this behaviour. Mobile wallets have a short-term use—to address the issues faced with card payments. For example, low-value payments and face-to-face payments used for app-based cab services. Further, wallets had been used for cashbacks as there were implementation challenges in transferring cashbacks to cards and bank accounts. The original goal of migrating the rural and semi-urban population from cash to prepaid has been lost. It is yet another payment mode. Wallets with specific use cases will definitely evolve.

Q. You have been very bullish about Interactive Voice Response (IVR) payments, which did not really do well. What went wrong? Which are the areas where you feel IVR payments work best and why?
Indians love to talk on the phone. In an era when there were no app stores and not many smartphones, people were using voice.

IVR payments were a made-in-India story and typically suited for driving digital payments, given that a large number of people speak in regional languages where voice prompts can be played in these languages. Unfortunately, IVR fell through because of a flawed security implementation at a time when the platform was just about to take off. A flourishing and developing payment channel almost got killed. It started with the implementation of two-factor authentication, which required a one time password (OTP) to be sent to the registered mobile number. The banks were not sure about how to implement it. Some mandated OTP to be generated before performing a transaction, whereas some did on-the-fly when the transaction was initiated, which created confusion for consumers and merchants. Added to this, most of the banks did not enable debit cards for IVR payments.

But I see a lot of innovation in this space in future. IVR payment models can be used in practically every scenario. They are well suited for assisted commerce transactions where you need to talk to an agent, like ticket bookings, insurance and other sales. In addition, this can be very useful for bill payments where the number of voice prompts are minimal.

Tweets by @forbesindia
Dailyhunt: The internet's local flavour
The call centre grows up