What the Q2 numbers mean for India's IT industry

The numbers reflect why companies must go beyond outsourcing, and focus on digital and AI services 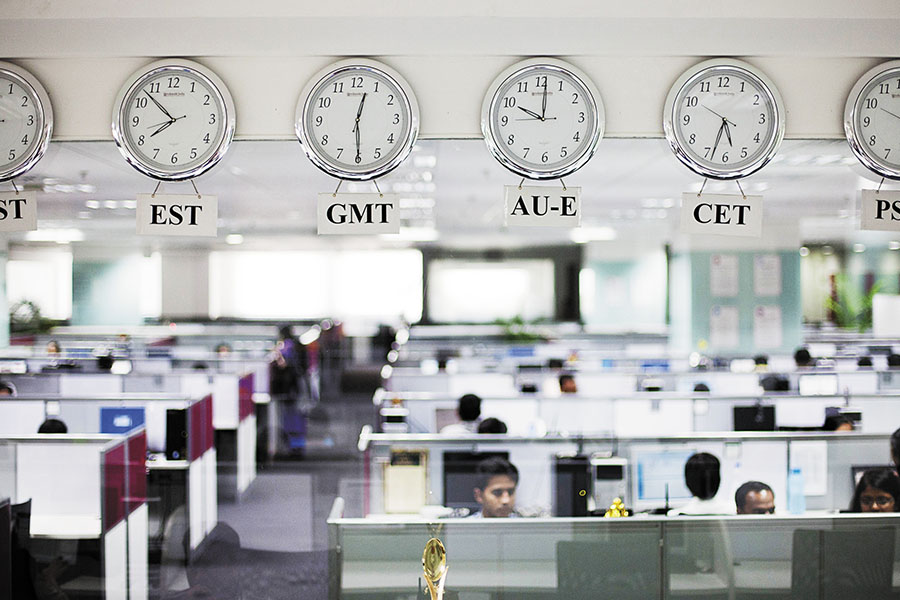 The biggest share of revenue for Indian IT companies comes from outsourcing contracts to manage legacy systems, not innovation
Image: Vivek Prakash / Reuters

Wipro agreeing to spend half a billion dollars to acquire Indiana-based Appirio, an internet software provider for staff and customer management, is one of the clearest signs of what India’s third-largest software services provider is willing to do to get back in the game.

While Wipro has lagged peers for a fairly long time, Indian IT companies in general were expected to produce their worst second-quarter results in almost a decade. And the companies delivered, continuing a painful decline in revenue growth that has been several years in the making.

This is why complaining about the effect of Brexit, or the US presidential election, and so on, is hogwash. Even today, large outsourcing contracts to manage legacy IT systems—not game-changing innovative services—account for more than three-quarters of the sector’s revenue.

There’s little change in geographical diversity too: America still accounts for more than half the revenues of top Indian IT companies; Western Europe is the next biggest market, with the UK taking the lion’s share.

Indian IT companies had begun to report increased traction on the “digital” front over the nine months or so leading up to the September quarter, with upwards of 15 percent of their revenues coming from contracts that were, typically, for building internet-based solutions to automate business processes, or extract information from data to sharpen marketing focus. However, in the September quarter (usually the fiscal’s strongest), cutbacks from clients have meant this revenue source has stalled. An anticipated acceleration in demand for digital services has failed to materialise, Wipro CEO Abidali Neemuchwala has said, after the company reported second-quarter results, and forecast it may not grow revenues at all in the current quarter.

The decline in their revenue growth suggests that Indian IT companies haven’t moved fast enough to anticipate clients’ needs. Infosys CEO Vishal Sikka has admitted that clients view the industry as “order takers” and not “problem finders”.

It is only now that these companies are trying to break down silos—by building AI-based solutions like Infosys’s Mana or Wipro’s Holmes—that have been led by entrenched, self-styled alpha-males who see little incentive in letting go of the status quo. That the Indian IT industry employs hundreds of thousands of women, but dramatically fewer in the higher ranks is indicative of the industry’s rigid culture and resistance to change. Compare this to global innovation giants like Apple, whose Susan Prescott, vice president of product marketing, is an example of women in America’s tech leadership.

So, even if there were no Brexit or US elections, there would be something else. The outsourcing model is predicated on large US companies spending on rollouts of business management software, and contracting Indian companies to manage it. But today, the chief information officers at such firms may not even be consulted before they experiment with pay-as-you-go software.

Consider an example from the manufacturing industry, which is seeing dizzying changes. Product-making is increasingly moving away from centralised processes. For instance, data collected via the Internet of Things from the location where a product will finally be used—say agri-implements in the asparagus farms of Lower Saxony in Germany—will decide how those implements are made, and the IT systems needed to handle the inputs and processes. It remains to be seen if Indian IT companies can reinvent themselves fast enough to be relevant amid such changes.

Tweets by @forbes_india
Malvika Vaswani's jewellery a link to the past
Social media can change the very nature of brand loyalty: N Ramachandran