By enhancing the participation of domestic players, India can bring down its arms imports by 20 to 25 percent in four to five years 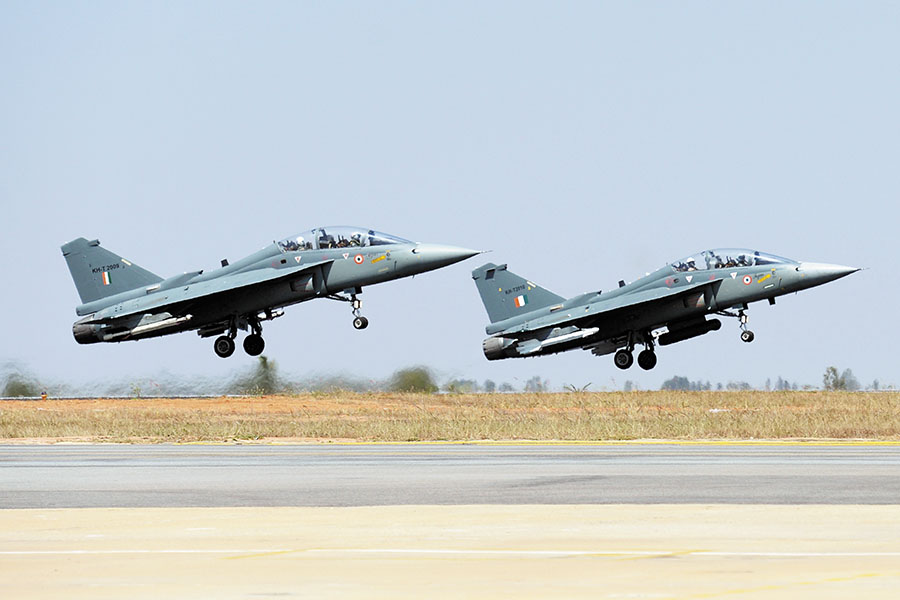 Even though india has moved into the world’s top five defence spenders club, nearly 50 percent of its expenditure is on imports, with Russia being the biggest supplier. The Stockholm International Peace Research Institute (SIPRI) reports that India was the world’s largest importer of weapons and military equipment between 2012 and 2016, accounting for 13 percent of global arms imports.

The Indian government, through its ‘Make in India’ initiative, is trying to indigenise defence manufacturing, which could help build domestic capabilities and potentially bolster the export sector as well. Last year, the Narendra Modi-led government allowed up to 100 percent foreign direct investment in the sector.

At the recent Aero India 2017 air show in Bengaluru, Defence Minister Manohar Parrikar, once again stressed the need for the country to indigenise its defence production. Public sector defence manufacturers like Hindustan Aeronautics Limited (HAL), Parrikar said, have been told to “outsource a large quantity” of their work to domestic private sector companies. “Increasing production on a particular IDDM [Indigenously Designed, Developed and Manufactured] product can generate a lot of business for the private sector.”

One such IDDM product is the light combat aircraft (LCA) Tejas, produced by HAL. The government recently approved Rs 1,359 crore for the setting up of a second production line for the Tejas. At present, HAL produces around eight LCAs per year, which will double when the new production line becomes operational over the next couple of years.

“By enhancing the participation of domestic players in the defence space, the share of imports is projected to drop by 20 to 25 percent in the next four to five years,” reads a report by New Delhi-based research and advisory firm Enincon. 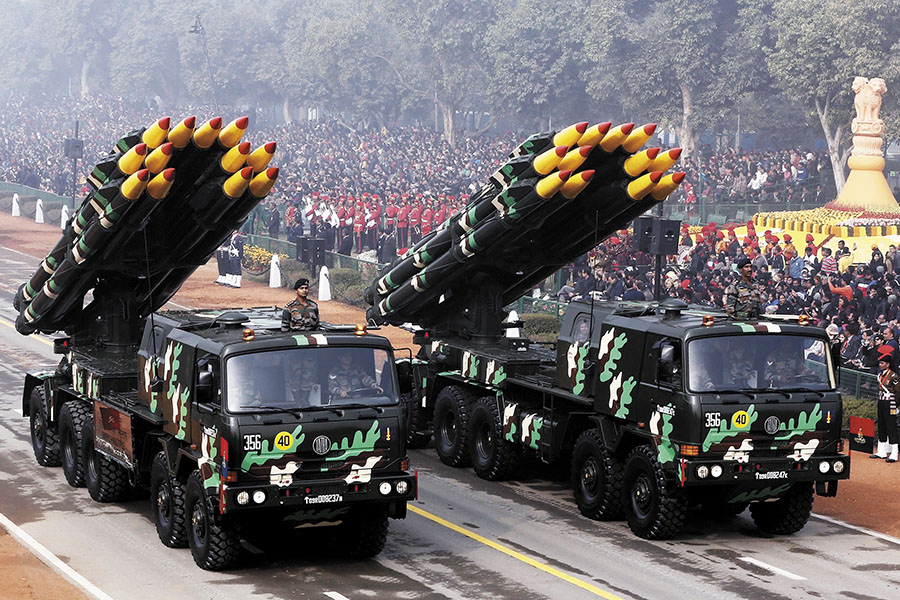 $12.8 bln is the estimated size of the Indian defence equipment manufacturing market in FY16, according to research firm Enincon
Image: Altaf Hussain / Reuters

Besides the public sector defence manufacturers, big corporate houses like the Tata group, Mahindra Group, Larsen & Toubro (L&T) and Anil Ambani’s Reliance Defence have sensed an opportunity and scaled up their defence play in the country. While the Tata group’s defence and aerospace business has grown at a CAGR of 18 percent in the last five years, Reliance Defence has struck over 11 joint ventures with international defence manufacturers. Recently, L&T chairman AM Naik announced that the company aims to produce Rs 10,000 crore worth of defence equipment every year by 2021.

Small and medium enterprises (SMEs) too would be beneficiaries of indigenous defence production. “Huge supply chains, complying with world-class standards, will come up around the manufacturing facilities and help Indian SMEs enter the global supply chain of manufacturers,” stated the Enincon report.

Tweets by @forbesindia
Lockheed Martin will soldier on despite Trump's tweets
Podcast: Woman Power - What it means