Why Quikr's valuation has rapidly dropped

The online classifieds company, which was a unicorn at one time, has been riddled with issues that have taken off its shine over time 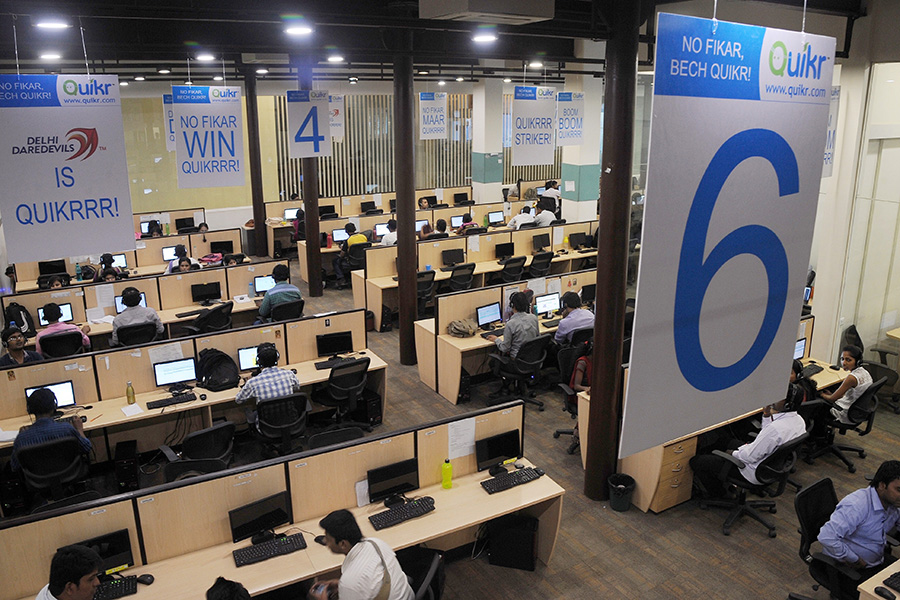 Once upon a time a unicorn, online classifieds platform Quikr has been losing its sheen over time. Earlier this month, Swedish investor Kinnevik downgraded its investment valuation in Quikr to Swedish krona (SEK) 941 million at the end of December 2019, from SEK 1703 million in the September quarter, a drop of 45 percent in valuation; roughly, its valuation has dropped 42 percent on a year-on-year basis.

Kinnevik owns 17 percent in the company and back-ended calculations indicate that Kinnevik now values Quikr at $554 million, a far cry from its unicorn days. Even at the end of the September quarter in 2019, it valued Quikr at $1 billion. Kinnevik has changed the way its valuation metric is based—now it is based on forward looking revenue multiples of a peer group of emerging market online classifieds companies, with particular focus on those active in India and adjacent markets—earlier it used discounted cash flow model to value the company.

Simply put, in a discounted cash flow (DCF) model, one tries to figure out the present value of the company by estimating how much cash the company will generate in future, discounted with a coupon rate. If your DCF value is higher than the current cost of investment then it’s a bet an investor usually makes.

One important takeaway from Kinnevik’s reasoning for this is that it believes the valuation reflects the impact of the fictitious transactions that took place in Quikr’s rentals and cars segment.

Quikr had discovered that that certain dealers and vendors within the managed rentals and cars segments had placed fictitious transactions on its platform, which has a dual effect of potentially overstating the value of transactions and revenue generated in these categories, while introducing risk on recoverability of receivables.

According to Kinnevik’s report the company has reduced its footprint in these segments and has accordingly sought to manage its headcount and cost base to reflect the streamlined business. The company has also nearly halved its workforce.

But the falling valuation of Quikr isn’t its only problem. One look at the website and one can find nearly 24 sub categories. The classifieds platform caters to goods, real estate, matrimony, cars and bikes and other services—something that needs reorganisation, say tech bankers and investors in the company.

“It is a horizontal company and has grown majorly with a slew of acquisitions. It has found it difficult to compete and grow in a lot of new categories,” said an investment banker directly familiar with the company’s fund raising plans. Quikr has been trying to raise capital and has raised a small amount from its existing investors and last year it has managed to raise $15 million from Kinnevik.

“Most late stage companies are struggling to be profitable while capturing growth. Their entire real estate vertical has gone slow, and it has become tough to compete with players who are solely focused on one vertical,” said an investor in the company, who did not wish to be named.

According to Tracxn, its last round of funding was in July 2019, when it managed to raise $3 million. According to Crunch Base, the company has raised $424 million to date from investors and the company has raised Rs 20 crore in debt from Trifecta Capital Advisors in April 2019. In December 2018, it had raised Rs 55 crore in debt from Innoven Capital.

Some of Quikr’s other investors include Warburg Pincus, Matrix Partners, Tiger Global Management, Steadview Capital, Norwest Venture Partners among others. In 2012, Warbug Pincus had led the round of $32 million investment in the company along with some of its existing investors. These funds are yet to make an exit from the company.  Warburg Pincus declined to comment on the story. An email sent to Matrix Partners went unanswered.

Apart from the investors who have directly put in capital, a slew of other investors are also invested in the company by virtue of Quikr acquiring companies in stock deals. Till date, Quikr has acquired 16 companies and most cases are of stock transactions, say bankers. For example, it recently acquired Zefo backed by Sequoia, HDFC Realty’s brokerage business; in 2016, it had acquired Commonfloor among others.

According to Veratech, a data consultancy, Quikr India Pvt Ltd, the company’s cash and cash equivalents have fallen to Rs 37 crore at the end of March 2019, as against Rs 87 crore in the corresponding period last year—a drop of 57 percent. The company posted a loss of Rs 230 crore for FY19 as against a loss of Rs 237 crore in FY18. Its revenues for FY19 stood at Rs 191 crore as compared to Rs 110 crore in FY18.

In a note on January 30, Quikr, in a blogpost, said that it has discovered some anomalies in its co-living and car businesses. It has initiated action against some of its employees, who were party to this. It also said that “we recently decided to make some tweaks in our operating model and our team structure so that we could sharpen our focus on the most attractive opportunities.”

Quikr did not respond to a detailed questionnaire that Forbes India sent, and directed the writer to the blog post mentioned above.

Apart from the businesses under the scanner, Quikr has also curtailed its home beauty service, called ‘AtHomeDiva’, which was supposed to compete with Urban Company’s beauty services.