The football club's chief executive, Ferran Soriano, said charges of financial violations were "simply not true" in the club's first on-camera comments since the ban 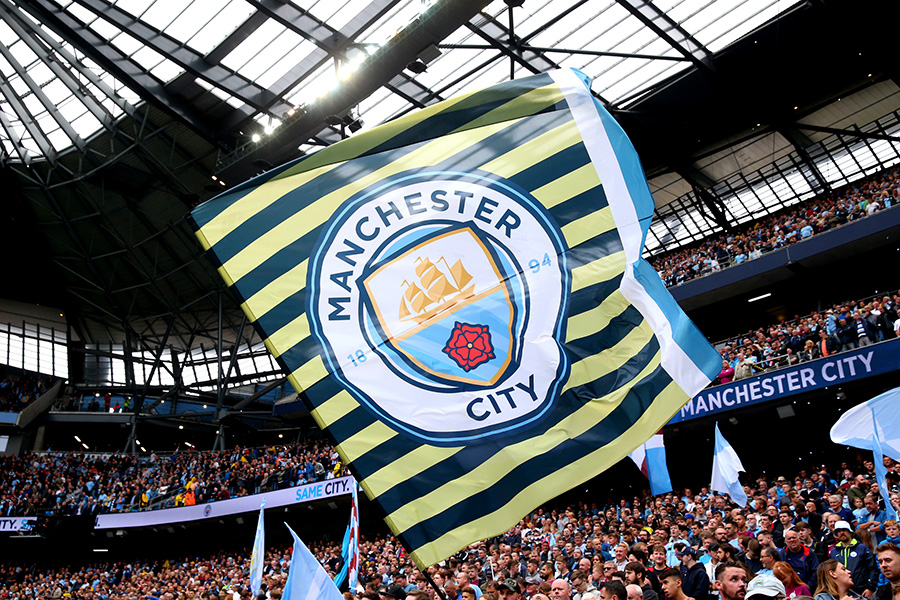 Manchester City’s chief executive and its coach struck a defiant note Wednesday in the team’s first public comments on a two-year ban from the Champions League, saying charges that the club broke cost-control regulations in pursuit of on-field success were untrue and that City would fight to have the punishment overturned.

The chief executive, Ferran Soriano, made his comments in a video interview posted on the team’s website Wednesday morning, five days after the club was banned for two years from the Champions League, European soccer’s richest competition. Hours later, Manchester City’s manager, Pep Guardiola, spoke to reporters after the team’s first home match since the ban was imposed and said he was standing with the club “100%.”

Soriano, a former FC Barcelona executive hired in 2012 to lead the club after its takeover by Sheikh Mansour bin Zayed al Nahyan, one of the richest men in the world, said Manchester City was the victim of an injustice carried out by an independent panel convened by European soccer body’s governing body, UEFA. That body ruled that the club had seriously breached the organization’s financial regulations, and then had failed to cooperate with investigators looking into the allegations.

Soriano said the documentation the club presented in its defense was “irrefutable evidence that the claims are not true.”

“Ultimately,” he added, “based on our experience and our perception, this seems to be less about justice and more about politics.”

Soriano was the first Manchester City official to speak publicly on the ban since UEFA announced the punishment last Friday. The team’s fans picked up the cause hours later, during a Premier League match against West Ham. It was City’s first home game since the ban was announced, and during the first half the team’s supporters sang to UEFA, “We’ll see you in court!”

After City’s 2-0 victory, Guardiola added his voice to the club’s defense.

“I trust 100%, completely, my club what they have done,” he added. “They explained to me the reasons why.”

The case against Manchester City began after leaks of internal club emails in 2018 appeared to suggest the team misled UEFA’s financial controllers over the true sources of its revenue. The most damaging allegation was that the team’s principal sponsorship with the UAE’s state-owned airline, Etihad, was largely made up of cash infusions from Mansour’s investment fund.

Seated in a suite at the club’s headquarters and interviewed by a club staff member, Soriano insisted the allegations that Mansour, who is the brother of the ruler of the United Arab Emirates, had used money under his control to finance the team’s rise were “simply not true.”

“The owner has not put money in this club that has not been properly declared,” he said.

Soriano also doubled down on a statement City issued Friday that excoriated the bodies responsible for overseeing UEFA’s financial fair-play (FFP) regulations, a series of cost-control measures that apply to all of its member clubs, and he rejected the assertion that the club had not cooperated with investigators.

“We did cooperate with this process,” Soriano told Chris Bailey, a former journalist with The Manchester Evening News who referred to the club as “we” and “us” in his direct but amiable questioning of Soriano. “We delivered a long list of documents and support that we believe is irrefutable evidence that the claims are not true. And it was hard because we did this in the context of information being leaked to the media, in the context of feeling that every step of the way, every engagement we had, we felt that we were considered guilty before anything was even discussed.”

Manchester City already has announced its intention to appeal the verdict at the Court of Arbitration for Sport. An earlier appeal to the court was rejected because UEFA had, at that point, imposed no punishment, but in that ruling CAS labeled the leaks about Manchester City’s finances “worrisome.”

In his comments Wednesday, Soriano made an effort to differentiate his feelings about those who investigated his club from his relationships with UEFA as an institution, and suggested UEFA also stood to lose from a protracted fight about the case and the way the investigation was conducted.

“If the negative experience we had and the way this process went is negative, it’s negative also for them. UEFA is much bigger than this FFP chamber.”

It is unclear how things will unfold now that UEFA’s administration will begin direct involvement in the case. UEFA failed to mount a defense when a decision by the adjudicatory chamber last year was challenged by Paris St.-Germain, another Gulf-owned team accused of overspending. UEFA also came to an agreement with Italy’s AC Milan before the CAS was able to make a determination in yet another FFP case.

Whatever the resolution, the stakes are high. The penalty assessed to Manchester City is the most significant punishment UEFA has handed out in the decade since it created its financial fair play regulations, and if upheld its consequences for Manchester City’s balance sheet and its competitive future could be severe. Participation in the Champions League is worth about $100 million a year to the club, and missing out on it could factor into the career decisions of some of the team’s star players.

Guardiola on Wednesday sought to end speculation he was considering leaving the club. “Why should I leave?” he said. “When I said I love this club, I like to be here, why should I leave? No matter what happens, I will be here next season.”

If City prevails in its coming legal battle, though, UEFA will face searching questions of its own. Its decade-old financial regulations almost certainly would have to be redrawn, or discarded altogether, and its power to administer justice to its member clubs would be seriously weakened.

A City spokeswoman declined to answer questions about Soriano’s videotaped remarks, saying the ongoing legal process meant the club was limited in what it could say. Soriano said he did not want Guardiola pulled into the discussion.

“This is not something for him to respond to,” Soriano said of Guardiola. “He is focused on the football.”

The draw for next season’s Champions League takes place in late August. Soriano said the club was eager for an “early resolution” to its case at CAS, with a hope that a decision could be announced by the start of the summer.

“I’m also looking for the end of this process to maybe also put an end to this undertone that we are hearing all the time that anything that we do, any result we get, is based only on money and not on talent or effort,” Soriano said.