How Pioneering Ventures is silently solving for India's food crisis

For almost 15 years, Pioneering Ventures, an incubator-cum-investment firm, has been working through the challenges in India's food and agriculture system with bold bets and patient capital 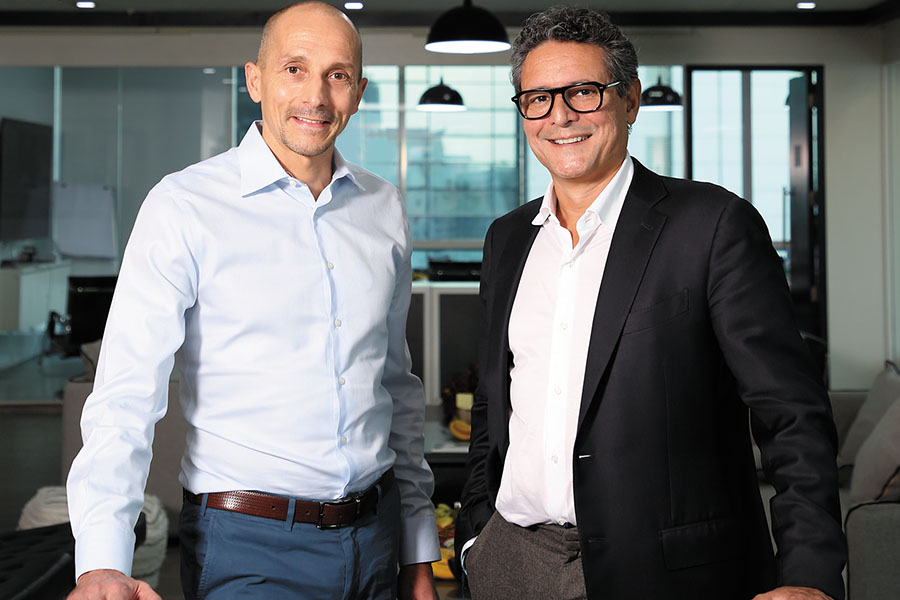 Bhagubhai Patel stands tall, hands on his hips, in the shade cast by his vivid green banana trees. “My income has doubled over the last two years,” says the 70-year-old, pot-bellied farmer. “Because we are doing so well my son left his clerical job and has joined the farming business,” he chuckles. Just a few years ago, Patel struggled to cultivate even two banana crops in three years on his two-odd acres farm on the outskirts of Navsari in southern Gujarat. Poor farming techniques, pest attacks and post-harvest losses would affect the quality and quantity of his crop. Besides, he didn’t even know how to package the bananas for export given their short shelf life, explains Patel.

Since joining hands with Desai Fruits and Vegetables (DFV) in 2016, his fortunes have reversed. The Navsari-headquartered venture imported best practices from the Philippines and helped Patel to change his growing habits. As a result, his productivity per acre more than doubled—he now grows three crops in two years—proportionally upping his income and creating a new, international quality banana. As he speaks, a labourer deftly targets one of the banana trees’ uppermost buds, the size of two cupped hands. He pierces it with a tube-like device to which an injection is attached. It helps resist disease, says Patel, crediting his know-how to DFV. That green bud later grows downward, turns a deep purple and clusters of bananas sprout above it. Over 3,000 smallholders across India, like Patel, are under contract with DFV, transforming the obscure farmer cooperative into India’s largest producer and exporter of bananas within a few years. The company shipped 850 containers of the fruit mostly to the Middle East in FY19, comprising 30-40 percent of the country’s exports. This fiscal, DFV is on track to ship more than 2,000 containers, says Ajit Desai, DFV’s reticent founder. “The leap [from 850 to 2,000 containers] is possible because of PV,” says Desai, referring to Pioneering Ventures, a Swiss-and-Mumbai-based outfit that has been silently incubating and developing ventures across India’s agriculture and food supply chain for almost 15 years now. The global population is expected to rise from about 7.5 billion to nearly 10 billion in 2050. The United Nations estimates that 70 percent more food will be needed by then, but it will have to be produced on just five percent more arable land. As sprawling cities gobble up farmland, climate change alters soil health and agriculture productivity reduces, supply is not keeping up with demand. 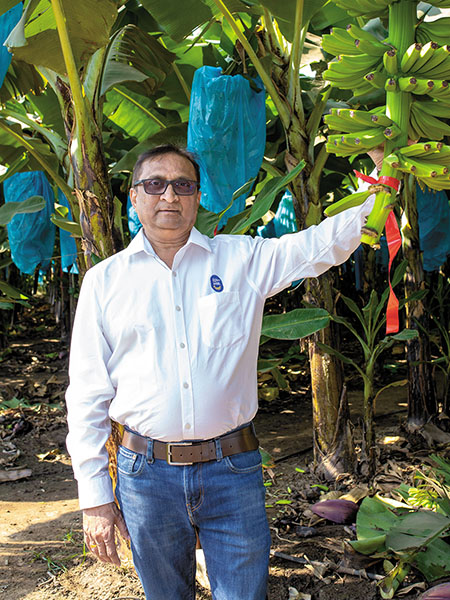 Ajit Desai, founder of Desai Fruits, Pioneering’s first venture in India
India, in particular, faces enormous challenges, says Ron Pal, chairman and founding partner of Pioneering Ventures. “We realised about 14 years ago the large disparity between agriculture production ability and market demand,” says the half-Swiss, half-Indian entrepreneur. The country has the world’s second largest arable land resource of 159 million hectares and fifteen agro-climatic zones, which means just about any crop can be grown. But small farm holdings, low productivity, high post-harvest losses and inefficient and fragmented supply chains are constraining supply. “What this means is that India not only has the largest production potential but also the largest overall improvement potential,” says Pablo Erat, Pioneering Ventures’ co-founding partner. Therein lies the opportunity to create “industrial scale ventures” that “meticulously analyse and improve the entire supply chain—from farm to fork”, explains Pal. Pioneering Ventures’ core strategy is to control the entire value chain from seed to end-buyer. Take the case of DFV. The thesis was clear: India was the largest producer of bananas in the world, but exports at the time, when Pal struck a partnership with Desai in the mid-2000s, were negligible because of critical gaps in the supply chain. Pal’s mission was two-fold—to improve farm productivity through modern practices and create access to new markets. In the process, he hoped to not just reap financial returns but also create lasting impact by lifting farmers out of poverty. Pal incubated DFV, as it is known today, back in 2006-07 as Pioneering Ventures’ first venture in India. “We started by implementing modern farming practices, actively educating, using leading technology, thereby professionalising the industrial supply chain,” he says. In 2011, Deepak Fertilisers snapped up a 49 percent stake in DFV for `61 crore and took management control. But because the fertiliser maker wasn’t implementing the strategies agreed upon, Pioneering Ventures invested another `14 crore to up its stake in the banana maker in late 2017. Today, six months after the farmer plants the crop, DFV takes over, looking into its harvesting, cleaning, grading for quality and packaging for overseas and domestic markets. It also brands the fruit under the ‘Happy Banana’ label. “It’s a vertically integrated operation,” says Azhar Pathan, COO of DFV. Most recently, DFV has also started “inclusive corporate farming” where large parcels of undeveloped land owned by corporations are used to grow bananas. DFV works with surrounding farmers, providing them with supply inputs, technical help and secured off-take agreements. “It’s an increasingly important part of our sourcing,” says Marco Klinge, CEO of DFV. “It allows for economies of scale, ensures consistency in quality and provides an opportunity to uplift the surrounding farmer community.” [Desai remains involved in the farming aspects of the business, while Pioneering Ventures has taken over the entire management.] Pioneering Ventures picked up an additional 21.5 percent stake in DFV from Deepak Fertilisers for `28 crore in July 2019, taking its total holding to around 93 percent. It plans to acquire the remaining seven percent by October 2020. “We have a majority position in practically all our ventures,” says Erat. Besides DFV, Pioneering Ventures has incubated and invested in Citrus Processing India, the country’s first industrial scale orange juice concentrate maker, FarmLink, a Mumbai-based entity that controls the end-to-end supply chain of fruits and vegetables, and dairy startup MilkLane. “This is very important for us,” continues Erat. “We are not investment bankers. We are entrepreneurs.” 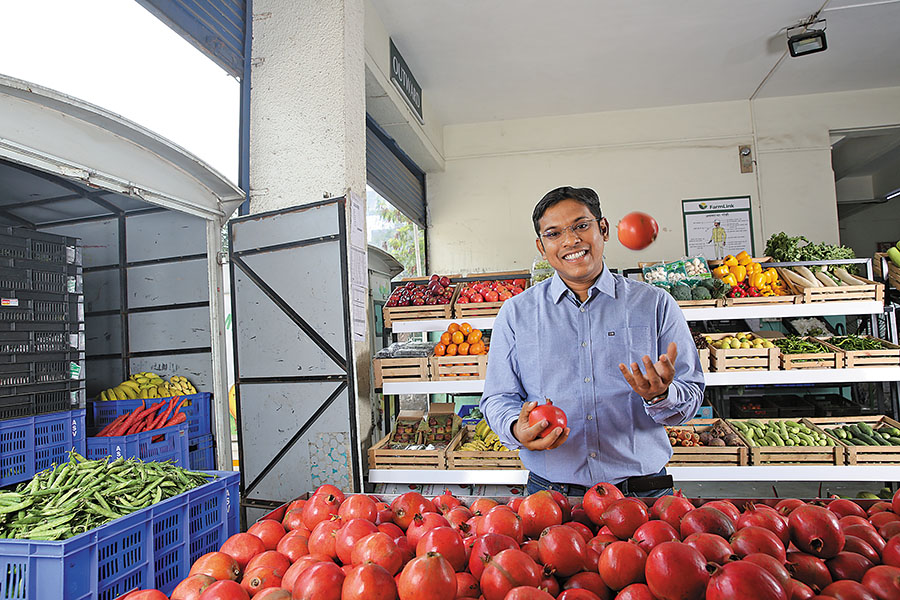 Ravish Chavan, chief operating officer of FarmLink, which Pioneering set up to connect farmers with customers