Augmented reality: An early taste of the metaverse

Augmented reality might not feel quite as immersive as the virtual reality (VR) experiences that Zuckerberg wants to eventually bring to people's homes. But it nonetheless blurs the divide between the physical world and the digital one 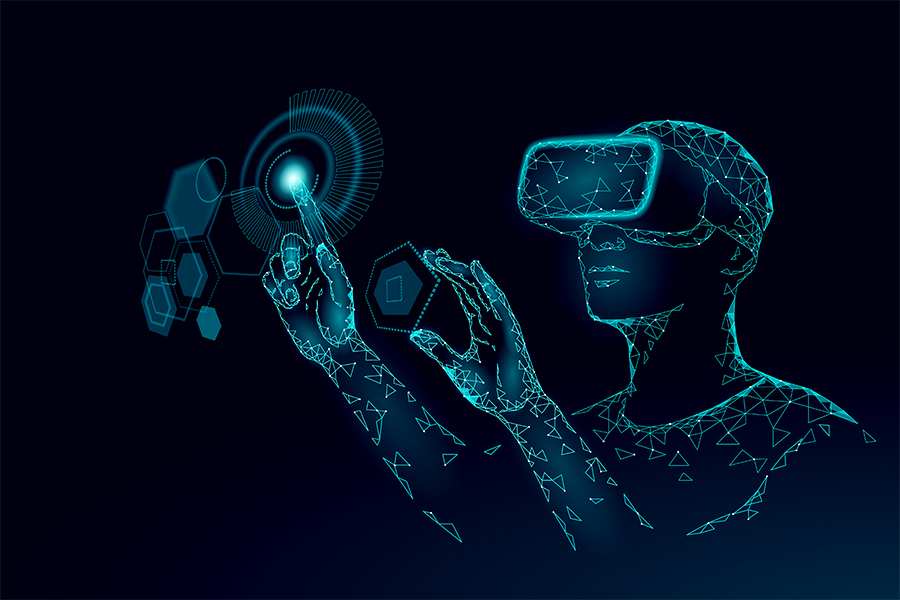 When Facebook unveiled a mock-up last week of the "metaverse" — supposedly the internet of the future — it showed people transported to a psychedelic world of flying fish and friendly robots.
But while even Facebook CEO Mark Zuckerberg acknowledges these kinds of experiences could be many years away, some enthusiasts argue that a more modest version of the metaverse is already here.
"We're in the early stages of the metaverse, in some ways," Peggy Johnson, CEO of Magic Leap, told AFP at the Web Summit in Lisbon on Tuesday.
Magic Leap makes augmented reality (AR) headsets, which have already been used by surgeons preparing to separate a pair of conjoined twins, and by factory supervisors carrying out site inspections.

In both cases, information popped up before the users' eyes about what they were seeing.
It might not feel quite as immersive — or as kooky — as the virtual reality (VR) experiences that Zuckerberg wants to eventually bring to people's homes. But it nonetheless blurs the divide between the physical world and the digital one, a key idea behind the metaverse.
"With VR, you put on a device, and then you're in another world," Johnson said. "With AR, you put on a device, you're still in your world, but we're augmenting it with digital content."
So far, many people's experiences of AR have been limited to playing Pokemon Go or experimenting with image filters that transplant a comical pair of ears onto someone's face.
But it is in healthcare that the true potential of AR is starting to be realised, Johnson said.
"You can call in experts who can look at the same thing as you are, from another part of the world," she said. "During surgery, you can lay down digital lines where perhaps the incision is going to occur."
Founded in 2010, Magic Leap's initial mission to bring AR to the masses generated huge hype and nearly $2.3 billion in venture funding.
Early promo material imagined it being used to bring a killer whale into a gymnasium full of schoolchildren.
But when Magic Leap's first headset was finally revealed in 2018, there was widespread disappointment; the product was too bulky and expensive to catch on among the general public.
The company was forced to lay off around half its staff last year.

Johnson, a former Microsoft executive, took over as CEO in August 2020 and pivoted towards developing the goggles for use by professionals.
The Florida-based company last month announced that it has raised another $500 million in funding, with a new headset, the Magic Leap 2, set to be released in 2022.
The updated version is more lightweight, but it is still set to be used mostly by people accustomed to wearing goggles at work — like surgeons performing delicate work, or defence industry specialists.
Google Glass, a pair of "smart glasses" that failed to take off when they launched in 2014, has similarly re-emerged as a product aimed at professional users.
Johnson predicted it might still be "a few more years" before Magic Leap or one of its competitors creates an AR headset that could feasibly be worn by consumers everywhere.
But that's the moment when Johnson predicts that AR could really transform our everyday lives.
It might, she suggested, allow us to see reviews for restaurants pinging before our eyes as we walk down a street perusing the options.
Forgotten someone's name? No problem. As they walk towards you, it could appear above their head.
"Right now we're all looking down at our mobile phones," Johnson said. Augmented reality, she hopes, could help us to soak up the world around us — a world with extra information layered over the top of it.
If that revolution arrives, the market may be a crowded one. Facebook is working on its own AR headset, while Apple is rumoured to be following suit. Snapchat's developer, Snap, is meanwhile trialling a new pair of its "Spectacles" on AR artists.
What does Johnson think the metaverse will look like in 15 years?
"I think you'll go back home to pick up your glasses because you left them at home," she predicted. "The same way you do with your mobile phone today."

Tweets by @forbesindia
From rice to coffee, the everyday foods under threat from global warming
Blue Java: How blue food is making its way onto the menu