From the United States to South Korea, which country charges the most for restaurant home delivery?

The convenience of the home delivery can come with a sting when it comes to paying the bill, with costs varying from the United States to Europe, the Middle East and Asia 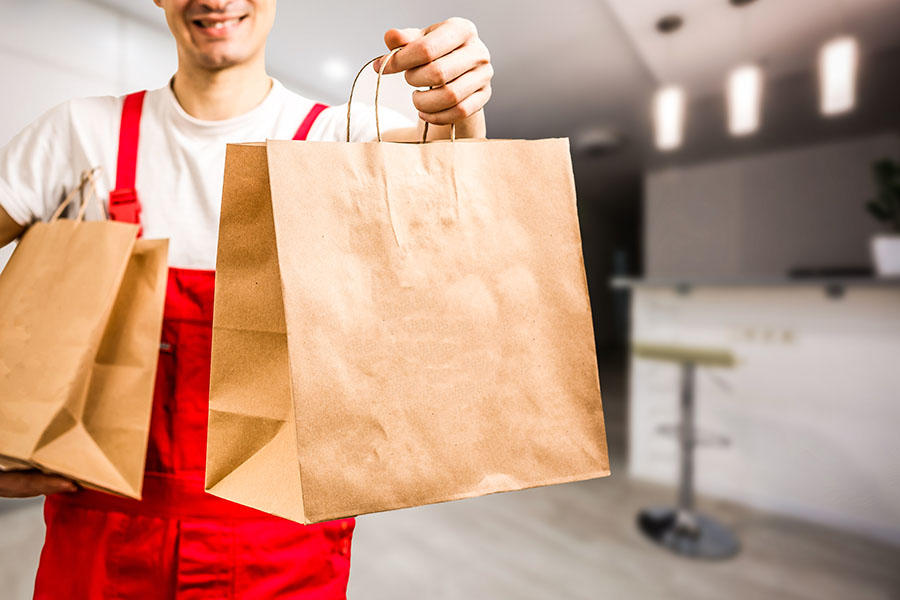 Restaurant home delivery is the most expensive in the United States and the cheapest in Brazil. Image: Shutterstock

Beyond takeout, restaurant meal delivery is now a firm part of our day-to-day lives, especially since the pandemic, when its benefits became only too apparent. But the convenience of home delivery can come with a sting when it comes to paying the bill, with costs varying from the United States to Europe, the Middle East and Asia. The bill is high for US consumers, at €26.38, while those in France pay an average of €20.75.

Many restaurant businesses turned to home delivery as a way to keep operating during the pandemic's various lockdowns. Now, the home delivery sector is working on developing new solutions through a series of experiments, from drone delivery tests operated by Wing in Ireland, Australia and Finland, to delivery carried out in the absence of the customer, through a model deployed by the retailer Walmart and operating by means of a smart lock. In the restaurant industry, this new mode of consumption, boosted by Covid-19, has now become part of everyday life for many consumers.

But, when it comes to paying the bill, the cost of the average order varies for customers in different locations. On average, French consumers who have restaurant food delivered have to pay €20.75, but the bill is more expensive for their UK neighbors, with an average cost of €24.52. These amounts were revealed by the Otter platform, which offers its online order management service worldwide.

At the end of this year, as conclusions are being drawn about consumer trends, this analysis shows that the cost of the home delivery of meals varies across Europe, the United States, the Middle East and Asia. For example, the average bill in Saudi Arabia works out at €17.78, or at €15.05 in South Korea. Contrary to all expectations, it is in the US that this mode of consumption is the most expensive, with an average bill totaling €26.38. This average is derived from the analysis of one hundred million orders placed around the world between January and September 2022. Note, however, that the United States has been hit by high inflation, estimated at +9.1% at the beginning of the summer, a trend that is now declining. The same argument could be made for the UK. In November, the country saw record inflation of 10.7%. In comparison, restaurant home delivery orders in Spain cost an average of €20.04.Also read: Saucy & SaaSy: Meet the Pied Piper of restaurants

However, inflation cannot always be the driving force behind these disparities, since in Brazil, home-delivered food costs an average of just €9.87 per order, even though the country experienced a surge in consumer prices between spring and early summer. Staple products such as papaya saw prices soar by almost 100%. The economic situation has since largely stabilized, although it is still food prices that are driving inflation.

One thing that all of these countries have in common is that, when it comes to ordering home delivery at mealtimes, the cost is higher—by around 10%—when ordering food for evening meals. As for what's in the bag, Italian food is the cuisine of choice for orders in Germany, the Netherlands, Poland and Italy. Meanwhile, French and Spanish consumers prefer to order dishes classed as American, i.e. burgers. In the UK, home delivery customers prefer Indian dishes above all.

Tweets by @forbesindia
BFSI in the platform era with The COO Collective
Meet yaupon, the plant delivering a natural caffeine kick in 2023