Meet yaupon, the plant delivering a natural caffeine kick in 2023 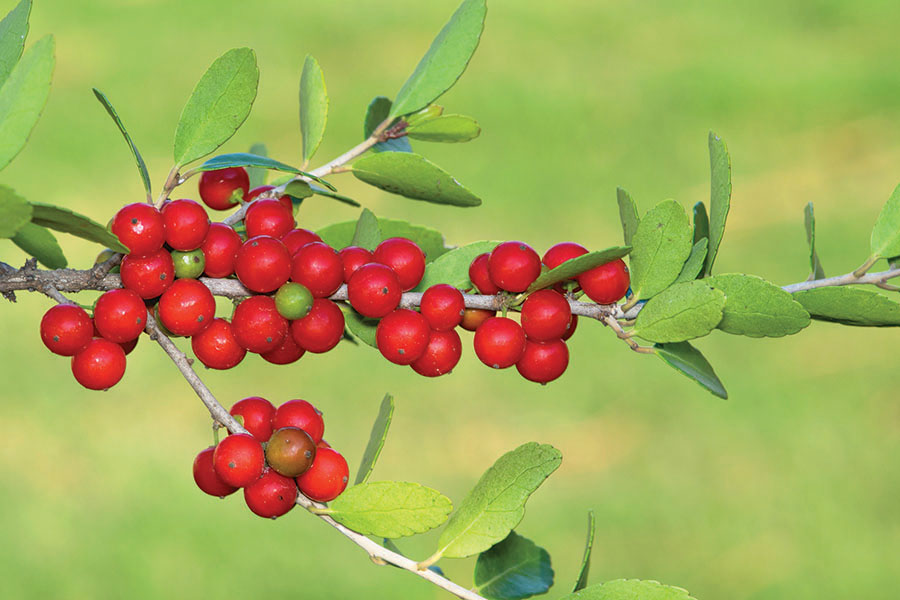 What will your New Year's resolutions be for 2023? Giving up coffee for ecological reasons is a good place to start, since the market for alternatives is booming. After the South American drink yerba maté, next year, it's yaupon —a plant long-known to North America's indigenous populations—that's set to deliver a fresh caffeine hit.

According to 2017 research from the University of Michigan, the carbon footprint of a serving of coffee could vary between 50 and 250g of CO2 equivalent, depending on the type of coffee and the preparation method. The use of fertilizers or chemical inputs to treat the coffee plants, but also the transportation required to bring it from tropical production sites to end consumers, seriously add to the overall environmental cost of the product. All of which is a good reason to look for other sources of caffeine.

Living without coffee shouldn't be too much of a challenge because the stimulating effects of caffeine can be found in other plants. This is the case of black tea and matcha tea, as well as guarana (a plant native to the Amazon) and maté. Packed with antioxidants, zinc and selenium, maté is a traditional South American drink rooted in indigenous culture that has conquered the world as a substitute for tea or coffee. As consumers look for alternatives to further maintain their health, without depriving themselves of their daily caffeine hit, the market for alternatives to these two beverages is being heralded as a major new food trend, potentially worth nearly $20 billion by 2032. According to an economic report by Fact MR, this market is expected to grow at an estimated annual rate of 4.2%. Europeans appear to be the keenest consumers, since the old continent holds the largest share of the global coffee substitutes market (27.1%). To feed demand, foods billed as new—but which are often age-old—are being brought to the forefront by brands, helping to shape new consumption patterns. It's therefore anything but a coincidence that the American retailer Whole Foods has named one North American plant as a top food trend of 2023.Also read: How Parle Agro is milking the market with Smoodh

It looks like holly, the festive plant often used to decorate homes during the holiday season. And yaupon is indeed a variety of holly that grows naturally from Maryland to Florida. In American culture, this plant—which is virtually unknown to Europeans—is by no means new, since the Cherokee people have long used it as an infusion drunk during purification rituals. Its leaves, as well as its stems, are gathered to prepare a hot drink and to load up on antioxidants. Above all, this alternative offers a way to consume caffeine, not to mention theobromine, a stimulant also present in dark chocolate. It is even considered to be a vector of well-being. As such, yaupon could have the dual benefits of keeping us awake and keeping us happy!

In the United States, this holly is available in dried mixtures added to matcha or lemon basil. Green in color, the dried leaves become brown or even black when roasted. Its singularity is that it has no bitterness, which should appeal to consumers who aren't that fond of coffee, and who might be looking for an alternative source of caffeine. In Europe, the market for this product is not yet extensively developed. Curious consumers will probably have to look to online retailers in order to discover its taste.

Tweets by @forbesindia
From the United States to South Korea, which country charges the most for restaurant home delivery?
Does digitisation push older workers out the door?