Men see themselves as women's allies in the workplace, women beg to differ

Female employees see things somewhat differently, with most far from considering their male colleagues as allies, according to the conclusions of a recent survey from an American association 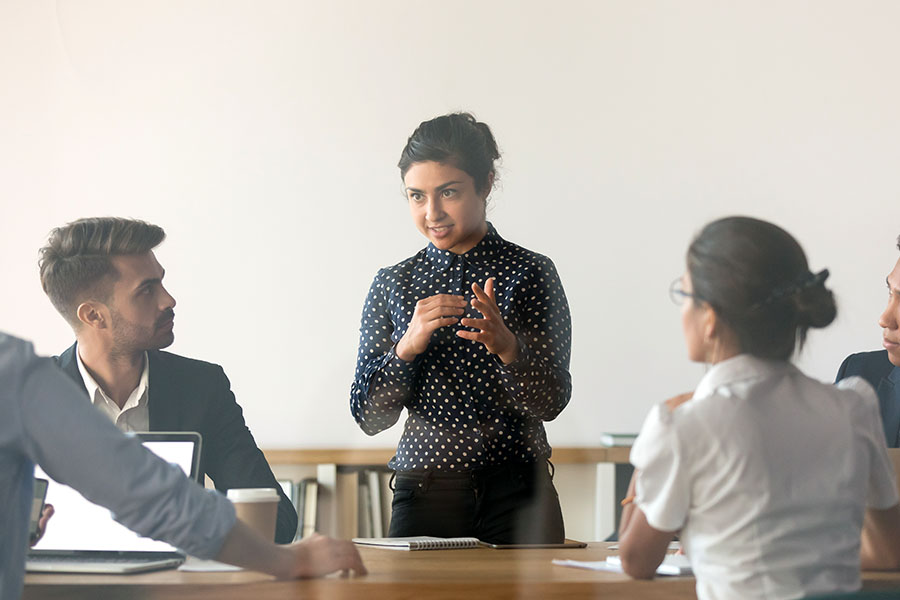 In the workplace, men describe themselves as "active" in advocating for the rights of their female colleagues. Yet, these same female employees are far from seeing their male colleagues engaged in allyship. Image: Rawpixel.com / Shutterstock

In the workplace, men describe themselves as "active" when it comes to advocating for and working for the rights of their female colleagues. However, female employees see things somewhat differently, with most far from considering their male colleagues as allies, according to the conclusions of a recent survey from an American association.

When it comes to the subject of equal pay, male employees can be effective allies for their female colleagues. An American study demonstrated that the fight for gender equality in the workplace carries more weight when it is led by a group that includes both men and women (as opposed to an exclusively women-headed group). But are the men who work in companies truly allies? A recent survey conducted in the United States by the Integrating Women Leaders (IWL) Foundation shows that there are diverging perceptions according to who is being interviewed on the subject.

Indeed, among the executives questioned, 77% of men perceive themselves (or their colleagues of the same gender) as "advocates" or "active" in the fight for gender equality. A point of view shared by only 45% of female executives, who take a different and much more critical view of their male colleagues' involvement as allies. In the same vein, nearly one out of two men (49%) said they saw male employees "regularly taking actions to be allies for women" colleagues. When asked the same question, only 28% of women responded positively.

But on what aspects are employees basing their claims? Apart from defending equal pay for equal work and skills, the study also looked at specific behavior of employees among themselves. For example, 71% of men perceived "men giving credit to women for their ideas and contributions" seem to believe this is the case, compared to just 40% of women, a 31% gap.

The same is true when it comes to promotions: 75% of men say that their female colleagues, but 19% of women confirm that this is the case. Meanwhile 44% of men say men in their company advocate frequently for women, even when they are not in the room, while only 13% of women employees share this view!

Also read: Redressing the praise deficit: Women in leadership and leveraging your best self

The study also focused on microaggressions, which are "subtle, often unconscious messages that devalue, discourage, and impair workplace performance." Based on the responses from the women surveyed, 65% of them experience these microaggressions "always," "frequently," or "sometimes," whether verbal or behavioral. For example, being interrupted more often than their male colleagues when they speak in meetings or having their judgment questioned even when they are speaking in their field of expertise. These are well-known sexist mechanisms that feminist activists call "manterrupting" and "mansplaining."

But it also means that much of their work is made invisible, which can take the form of a lack of recognition of their contributions to a given file or project (or even having their ideas stolen) or being asked to perform tasks that do not related to their job description (for example, planning meetings or taking notes).

"Allyship is critical to moving the needle on gender equity, and our research validates that much more education, awareness, and calling out of devaluing behavior is required," the report concludes.

Tweets by @forbesindia
Redressing the praise deficit: Women in leadership and leveraging your best self
Exploring cyber security concerns and solutions