The Brooklyn Museum in New York, the Museum of Art and Photography in Bangalore, the Mori Art Museum in Tokyo, and the Martin-Gropius-Bau in Berlin are currently participating in the "Mindscapes" project which seeks to integrate cultural reflections into conversations about mental health 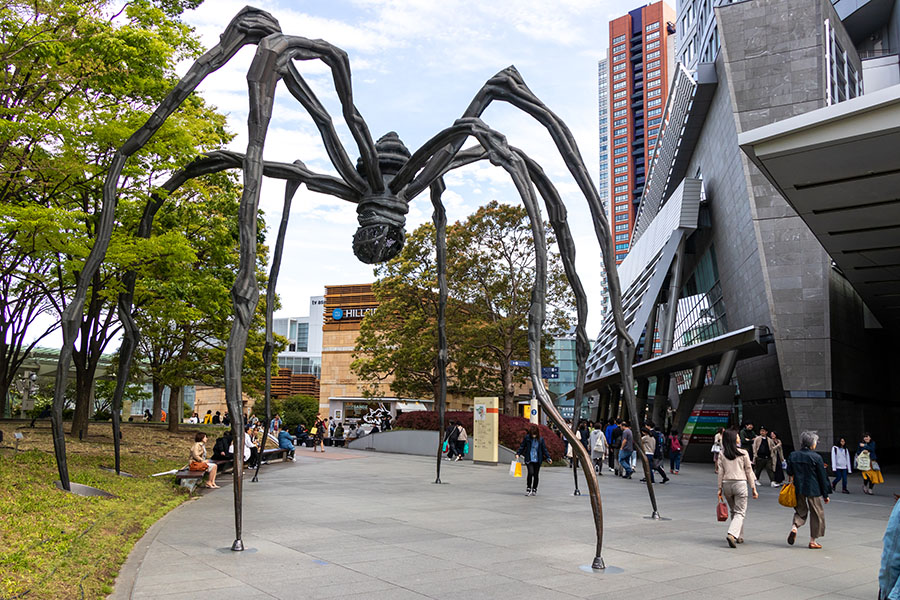 According to the World Health Organization, nearly one in eight people in the world lives with a mental health disorder. The situation is such that many international museums are rethinking their missions in an attempt to address this social issue.

This is the case of the Brooklyn Museum in New York, the Museum of Art and Photography in Bangalore, the Mori Art Museum in Tokyo, and the Martin-Gropius-Bau in Berlin. These four museums are currently participating in the "Mindscapes" project, launched in February by the British charitable foundation, Wellcome. The Hamwe Festival in Rwanda and the Los Angeles Public Library are also taking part in this extensive year-long program, which seeks to integrate cultural reflections into conversations about mental health.

For Danielle Olsen, Wellcome Cultural Partnerships Lead, this multidisciplinary approach is necessary to help the 970 million people worldwide suffering from a mental health disorder. "Wellcome supports science to solve urgent global health challenges but science cannot do this work alone," she said in a statement. "Working closely with cultural practitioners ... and bringing people with widely varying disciplinary and professional backgrounds together, we are interested in what we can do together that we couldn’t do alone.”

And it's clear that there's an urgent need for action. In a report published in June, the World Health Organization expressed concern over the lack of resources deployed to deal with what some might consider the new conditions of our time. Only 2% of national health budgets, and less than 1% of all international health aid, are devoted to mental health conditions.

A public health issue that transcends borders
In response, the "Mindscapes" program seeks to broaden the debate, horizons and fields of action by organizing a wide variety of cultural activities in six cities around the world. In Tokyo, the Mori Art Museum is hosting an exhibition titled "Listen to the Sound of the Earth Turning: Our Wellbeing since the Pandemic" until November 6. It brings together nearly 140 artworks created by 16 Japanese and international artists. They all deal with subjects related to life and existence, in order to encourage visitors to think about what it really means to "live well" in a post-Covid world.

Also watch:  World Mental Health Day: A look at how people perceive it today, and the role of stigma

Until January 15, 2023, visitors to the Martin-Gropius-Bau in Berlin can visit an exhibition titled "On Caring, Repairing and Healing." The show brings together the multiple and sometimes contradictory perspectives of 26 international artists whose work is inspired by Indigenous knowledge systems.

These issues are also central to the program of the Hamwe Festival, which runs from November 9 to 13 in Kigali, Rwanda. The fourth edition of this cultural event, organized by the University of Global Health Equity, will focus on the influence of heritage (tangible and intangible) on the mental well-being of the community.

If mental health disorders are an individual issue, they remain a public health problem. However, mental health issues are still taboo in many countries, including India, Indu Antony's native land. The visual artist is tackling this issue through a traveling exhibition she has created for the "Mindscapes" project. Its name is "Namma Katte" or "my space" in English. It takes the form of a relaxation space, where women can take the time to reflect on the trials they have to face on a daily basis -- and which weigh on their psychological well-being. "Talking about mental health is considered to be a certain privilege -- most people in India don’t have time and space to sit and think deeply about themselves," Indu Antony told The Art Newspaper.

The cultural initiatives that form part of the "Mindscapes" project multiply life experiences and lenses of analysis, inviting us to consider mental health from different perspectives. “We hope it will inspire more culturally-relevant conversations about mental health," explains Danielle Olsen.

Tweets by @forbesindia
Bored Ape and other NFT projects under federal investigation
Sudden spurt in IPO markets: What changes in the second half of FY23?