Rimac's Nevera supercar hit the 412 km/h mark on its speedometer, making it the fastest electric production car in the world. The feat took place at the Papenburg test centre in Germany 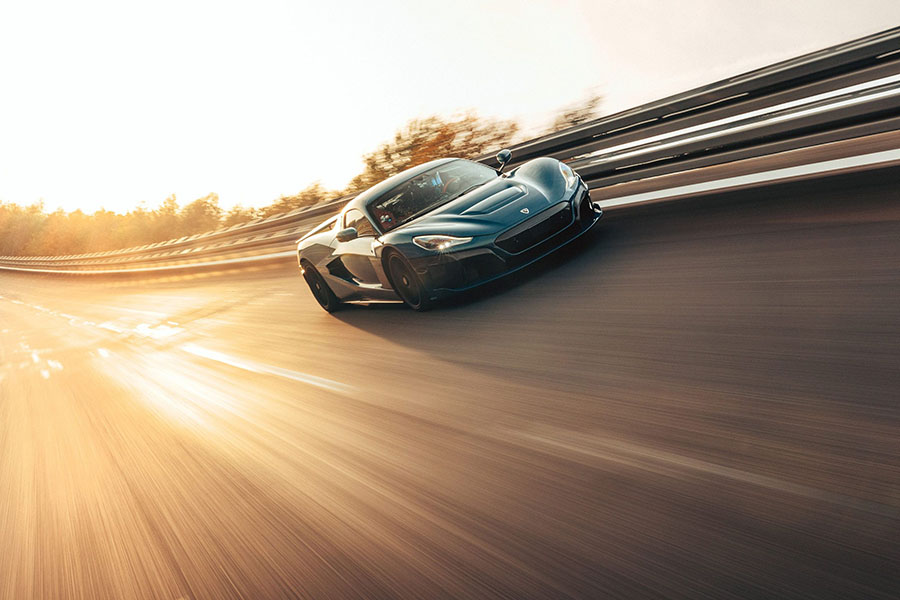 The Rimac Nevera set a new speed record at the Papenburg test center in Germany. Image: Courtesy of Rimac©

Croatian manufacturer Rimac has set a new top speed record for an electric car, with its Nevera, which succeeded in reaching a speed of 412 km/h.

Rimac's Nevera supercar hit the 412 km/h mark on its speedometer, making it the fastest electric production car in the world. The feat took place at the Papenburg test center in Germany, which has an oval-shaped circuit with two long straight portions measuring four kilometers long, which are suitable for particularly high speeds.

While the Nevera was not modified to achieve this record, its engine settings were optimized. The brand's regular test driver, Miro Zrncevic, the brand's chief test and development driver, got behind the wheel and steered it to over 400 km/h.

The top speed recorded during these recent tests was 412 km/h, which nearly corresponds with the potential performance simulated by Rimac for its car (estimated at 415 km/h). For the record, the production version delivered to Rimac's customers cannot exceed 352 km/h—on a track of course.

The Rimac Nevera boasts the equivalent of 1914 horsepower generated by its four electric motors. In terms of acceleration, the Nevera is capable of going from 0 to 100 km/h in less than 2 seconds and from 0 to 160 km/h in 4.3 seconds. In 2021, it broke another record, that of the quarter-mile run for an electric vehicle, which it did in 8.582 seconds.

Tweets by @forbesindia
Up for auction: Indonesian archipelago with one of the world's most unspoiled ecosystems
Researcher at Chainalysis compars FTX's bankruptcy to the collapse of Mt. Gox