Co-founded by Robert Redford, and held in wintry sub-zero temperatures at an altitude of 7,000 feet (2,150 meters), Sundance's screenings and panels are a key launching pad for the coming year's top independent and documentary films 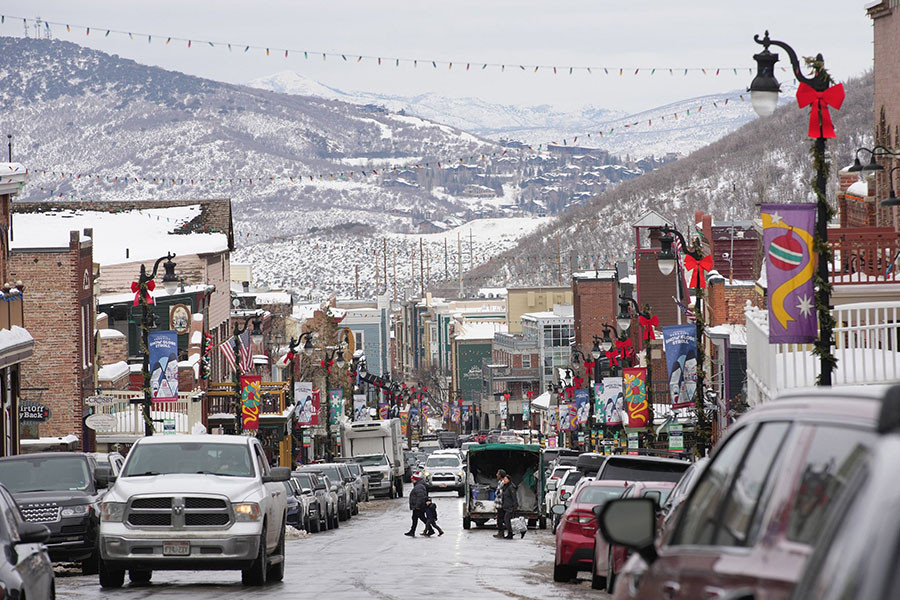 Indie filmmakers and Hollywood stars have packed their snow boots and are heading to the mountains of Utah for the first time in three years, as the in-person Sundance festival returns Thursday. Co-founded by Robert Redford, and held in wintry sub-zero temperatures at an altitude of 7,000 feet (2,150 meters), Sundance's screenings and panels are a key launching pad for the coming year's top independent and documentary films.

Recent editions have been forced to take place online due to Covid, and Sundance is now the final major film festival to reemerge from the pandemic.

Despite—or because of—headwinds facing the market for films aimed at adults and arthouse movie theaters, suspense has been growing among returning Sundance veterans and first-timers alike.

"They're very excited," said program director Kim Yutani, of the filmmakers selected to present their projects in this year's 110-strong movie lineup.

"At the end of the day, that moment when the work meets the audience is something that we all really cherish.

"The trepidation of the filmmaker before the screening, being in front of that audience, experiencing the reaction and the Q&A, and all those things—there's no substitute for that."

Documentaries are typically Sundance's bread-and-butter, and this year Jason Momoa narrates "Deep Rising," an eye-opening and unsettling look at the race to harvest the ocean seabed for rare metals under the guise of furthering the "so-called green revolution."

Dakota Johnson lends her own star power to "The Disappearance of Shere Hite," narrating the astonishing but forgotten story of the author of "The Hite Report"—a pioneering survey on female sexuality that sold millions of books but triggered a furious, misogynistic backlash.

On a similar note, "Judy Blume Forever" charts how the US author introduced a generation of young girls to puberty and sex, but came under attack from conservative activists.

Also read: From Penelope Cruz to Cate Blanchett, Venice serves up film festival stars for the 2022 edition
Other timely and prominent themes in the documentary lineup include films about Ukraine and Iranian women.

"Iron Butterflies" is an avant-garde reflection on the downing of Flight MH17 by Russian-backed separatists in Ukraine, and how the lack of consequences for those responsible connects up to today's war – which is itself the subject of "20 Days in Mariupol."

Deeply personal documentary "Joonam" follows three female generations of US-based director Sierra Urich's Persian family, as she struggles to embrace the culture, history and language of the ancestral homeland she yearns to visit.

Feature films "The Persian Version" and "Shayda" also explore the stories of women in Iran and its diaspora, at a time when the country has been rocked by protests over its strict female dress code.

While Sundance skews to low- and mid-budget films, dozens of Hollywood stars will make the trek to Park City for a number of high-wattage premieres.

On Thursday's opening night, "Game of Thrones" star Emilia Clarke and actor Chiwetel Ejiofor will attend the world-first screening of "The Pod Generation," a near-future social satire in which a company has invented a detachable womb, enabling couples to share their pregnancy.

Later in the week, Anne Hathaway stars in "Eileen," about a young secretary working at a prison who befriends a glamorous counselor with a dark secret.
Also read: Indian film industry seeks new horizons in Cannes
Emilia Jones returns to the festival that first played her best picture Oscar winner "CODA," with "Cat Person," adapted from a famous New Yorker short story, and "Fairyland," based on a best-selling memoir about San Francisco's AIDS crisis.

And Yutani predicted audiences will be "stunned" by Jonathan Majors' intense and transformative performance in "Magazine Dreams," set in the dangerously competitive world of amateur body-building.

Some Sundance movies have already been acquired by major studios, while many more will hope to launch bidding wars in Park City if they are well-received by festival audiences.

But in a supposed new era of belt-tightening for the likes of Netflix and Warner Bros, who have curtailed the seemingly infinite splurges on streaming content of recent years, the focus could be more on the filmmakers themselves.

"It's exciting for us to be introducing so many new filmmakers," said Sundance CEO Joana Vicente, noting that many first-time feature directors previously debuted their short films at the festival.

"I think we have established a bit of a pipeline, so that by the time they make their first feature, that they are poised to have a moment at Sundance," said Yutani.