What are the origins of the term 'climate anxiety'?

Amid COP27, which is taking place in Egypt in Sharm el-Sheikh until November 18, we tell you more about the origins of the term and the concept 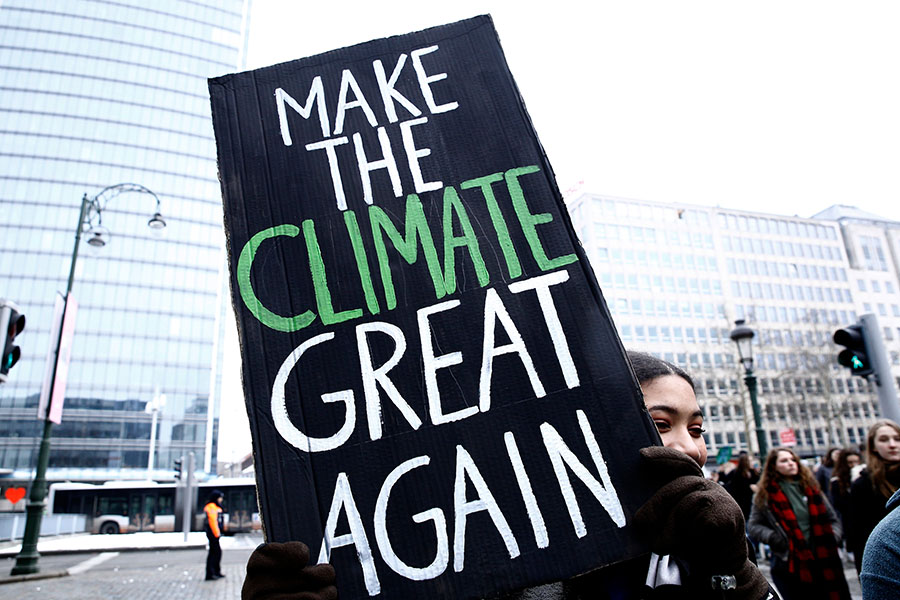 With abnormally hot summers, raging forest fires and even milder autumn temperatures the term "climate anxiety," "climate distress" or "eco-anxiety" defines an ever-growing number of people, concerned about the future of the planet. While these terms may have only become part of our everyday vocabularies in the last few years, the concept, on the other hand, is not exactly new. In the midst of COP27, which is taking place in Egypt in Sharm el-Sheikh until November 18, we tell you more about the origins of the term and the concept.

Media outlets, activists and NGOs are increasingly talking about eco-anxiety, referring to our worries and preoccupations about the impact of human activities on planet Earth. The term itself is quite recent, having emerged in the last few decades. But are we really the first generations to worry about the future of the planet? "Compared to previous decades, what's new is that we're putting a word to evils," Alice Desbiolles, a doctor in the field of public health, explained to ETX Studio.

Already in 1872, in her book "Impressions et souvenirs," French author George Sand warned readers about the harmful effects of human activity on the environment. "If we don't take care of it, the tree will disappear and the planet's end will come by drying up, no cataclysm necessary, by the fault of man. Do not laugh about it, those who have studied the question do not think about it without horror." At the time, the author was going to great lengths to protect the forest of Fontainebleau, threatened by a forestry project.

A concept developed in the 20th century

Over the years, the link between mental health and nature has become a part of psychological research. Before sounding the alert on the threat to the planet, American researcher Robert Greenway was interested in the therapeutic virtues of nature. Fascinated by nature as a child, Greenway developed the concept of "ecopsychology" during his studies at the University of Washington. In the course of his research, he observed the therapeutic benefits nature bestowed on study participants.

Using Greenway's work as a springboard, American historian Theodore Roszak took the concept further, discussing it as climate anxiety. He describes this as anticipatory fear of an environmental catastrophic event. First introduced in the 1970's, this notion is developed in his book "Ecopsychology: Restoring the Earth, Healing the Mind" published in 1995. But the term remained "niche" for several decades, becoming more commonly used as climate disasters accelerated.

Another professional to bring the term further into use is Belgian-Canadian public-health researcher Véronique Lapaige. In 1996, the professional combined roles in mental health, public health and environmental health. She explained to National Geographic having noticed several examples of malaise in a panel of patients regarding global warming. The personal effects of eco-anxiety are multiple. This fear of climate disruption can result in negative emotions, night wakings and harm to the person. In 2007, American psychologists noted a high number of consultations of patients frightened by the climate crisis.

The year 2019 marked a key moment in terms of the use of the term "eco-anxiety." Temperature records were racked up and the effects of climate disruption became increasingly visible in many parts of the world. The term went truly mainstream in 2019, with Grist calling it the year's "biggest pop-culture trend."

So is "climate anxiety" necessarily good or bad? For some, eco-anxiety is synonymous with anxiety, sleepless nights and has a paralyzing effect, interfering with taking action for the climate. However, for Alice Desbiolles, interviewed by ETX Studio, it can be "a feeling that is somewhat of a salvation, because what I'm talking about is adaptive eco-anxiety."