In the face of the climate crisis, the number-one target of fast fashion, Generation Z, could start turning away from it in greater numbers, in favour of a much more creative—and budget-friendly—practice of 'do it yourself', showing constant growth since the beginning of the Covid pandemic 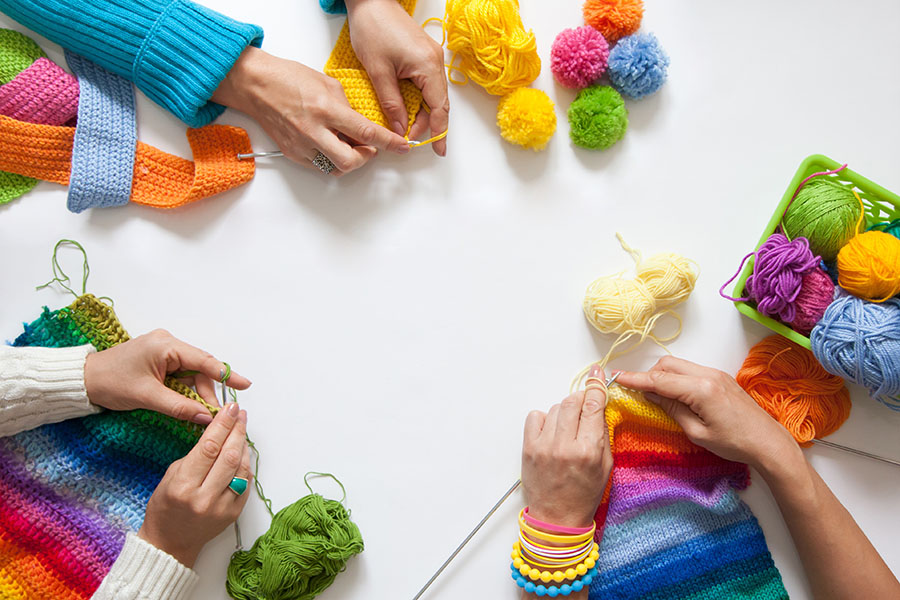 Popular with younger consumers, DIY could prove to be a useful alternative to help them slow their fast fashion consumption in 2023.

Despite the increasing flood of criticism it has faced for several years, fast fashion remains one of the economic driving forces of the fashion industry. However it could experience even more difficulties in 2023. In the face of the climate crisis, the number-one target of fast fashion, Generation Z, could start turning away from it in greater numbers, in favor of a much more creative—and budget-friendly—practice, that of 'do it yourself', showing constant growth since the beginning of the Covid pandemic.

Generation Z often expresses its concern and commitment to climate-related issues. But Gen Zs are also the top demographic setting the standard with fast fashion. It's a paradox that has existed for several years, but that could fizzle out in 2023. The many sustainable alternatives, including upcycling and second-hand clothing, are gradually luring these consumers away from low-cost clothing, whose heavy environmental and human impact is regularly pinpointed. At a time when good resolutions are in vogue, younger generations appear determined to change for good.

DIY, a mix of creativity and affordability

Almost a year ago, poll results were unambivalent: young generations couldn't make a definitive choice between fast fashion and second-hand. An observation that has continued to be reinforced over recent months, with a boom in second-hand purchases on one hand, and, on the other hand, fast fashion, which isn't exactly running out of steam, but still holding strong as a central driving force in the fashion industry. The second-hand market could reach 77 billion dollars in 2026, compared to 36 billion in 2021, according to data revealed by Thredup; at the same time, fast fashion still appears to be the most popular model worldwide. Polluting but popular, fast fashion hooks young consumers who, until recently, found the lure of low prices and the possibility of endlessly updating their wardrobe irresistible.

But with it becoming harder to ignore the increasing number of controversies, scandal-revealing investigations and exposés about fast fashion's impact on the environment, young consumers seem keen to do a "detox" from this particular addiction. And a practice as old as time could help them in this process. DIY—'do-it-yourself'—is now one of the most popular sustainable alternatives among Generation Z, who intend to use it en masse starting in 2023. This is what the 2023 Trend Report by Instagram,* produced in partnership with WGSN, reveals, making DIY fashion one of the key tools for young people who are seeking out alternatives to fast fashion.

Also read:  The luxury industry has the second-hand market in its sights

According to a survey conducted for this report, more than half of the US-based Generation Z respondents plan to DIY their clothes in 2023. A practice that appeals to their sense of creativity, while also, inevitably, being beneficial for their wallets. Especially since the tutorials dedicated to DIY now number in the thousands on social networks. And while DIY is nothing new, on the contrary, is as old as time itself,  it is becoming increasingly popular since the beginning of the Covid pandemic, and is such a hit with young fashion fans to the point of becoming a principal focus of interest on TikTok.

Tweets by @forbesindia
Leading Grayscale digital currency funds available at a 50% average discount to NAV
From chocolate giraffes to Rosalía's gum: TikTok runs down its most viral videos of 2022