The Olympic Cauldron: From 204 to a Single Flame

2012 Olympic cauldron designer, Thomas Heatherwick spoke to Forbes India about the concept that represented the extraordinary transitory togetherness of an Olympic Games 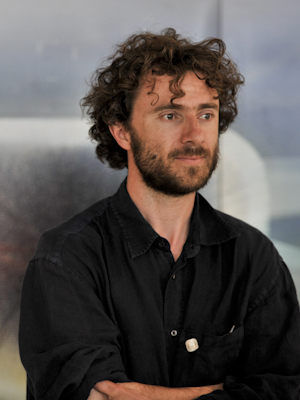 For two weeks every four years, when human physical ability faces its ultimate test, the Olympic cauldron is the burning heart of the Games.

The ancient Greeks lit a ritual fire to remind themselves of what Prometheus stole from the Olympian god Zeus. And as the Olympic Games got bigger, so did its flame moments. In Barcelona, an archer lit the cauldron with a burning arrow. In Atlanta, Parkinson’s disease- borne Muhammad Ali set a torch to a wire, and in Beijing, a Chinese gymnast “ran” along the 500 meter brim of the Bird’s Nest stadium.

Just under two years ago the opening ceremony’s creative director, Danny Boyle, visited Designer Thomas Heatherwick at his studio to commission him to design the 2012 Olympic cauldron. Heatherwick spoke to Forbes India about the concept that represented the extraordinary transitory togetherness of an Olympic Games.

Q. What happened after Danny Boyle commissioned you?
TH: I came up with the idea and so developed it with my studio and my team. We had quite an intensive design period- it took two months of research and examining ideas. We spent a weekend looking at cauldrons of all previous ceremonies. Originally, in 1948, the cauldron was a humble thing- not much bigger than a font in a Christian church. It had been getting larger and larger as the Olympics got grander and grander. We felt we shouldn’t try to compete in that way. I went to Danny Boyle’s house-it was just he and I- to show him the idea. I had a strong sense of designing for Danny; it had to support his vision for the whole ceremony.

So there was no one cauldron. Each of the 204 countries competing brought in a humble piece, and these pieces came together just for those two weeks.

Q. The petal-shaped objects made of polished copper were each inscribed with the name of a different country. Who designed them?
TH: We designed these pieces. Just as each country is different, each object was different, and was brought in by each country’s chosen team member for the athletes’ parade. The symbolism of the Games didn’t exist unless those countries came together. So the cauldron was the coming together of 204 small flames to create one large flame.

Q. As the athletes came in, the artefacts were laid out on the ground in a clearing in the middle like petals radiating from a flower. When the last one had been lit, the first one began to rise on a long fine stem, followed in circular waves by the others, making a giant, kinetic, burning sculpture. Why did you set it in the middle like that?
TH: By placing it in the centre of the stadium it allowed us to make not such a large cauldron. Placing it in the epicenter, not on the roof, it made the cauldron feel significant. For two weeks, those pieces lifted, combined and converged into one flame, as if they were one. They were designed to be imperfect, to jostle against each other, to have looseness. It was not to perform a slick, smooth chalice. It was perhaps a mirage of a cauldron because all it was, was 204 beautiful objects, on slender rods. The complexity was in making those rods come together in waves.

Q. What was the most difficult part of the project?
TH: The hardest part was making the technical part support the artistic idea, because there was no trickery. Literally, we needed to be able to move, elegantly, all these fine rods to lift up these copper elements together; to not feel like a mechanism but to feel like something beautiful. The symbolism of the idea had not to be overshadowed by the feeling of a mechanized thing.

Q. What happened at the end of the two weeks of these Olympics?
TH: The cauldron opened back out again and each of the 204 scorched copper petals were dispersed. They were taken back to each country’s Olympic Association; to sit in glass cabinets or be buffed up and polished- or whatever each country wants to do with it. So you will never see the cauldron like that again.

Tweets by @forbesindia
You Can't Buy an Olympic Medal
Podcast: Why is Delhi becoming an attractive city for business and residential?