Centum Learning has taken leadership in providing training solutions to governments and companies in Africa. Its Indian experience helped, but in many ways, it was a different arena, says Sanjeev Duggal, CEO and director 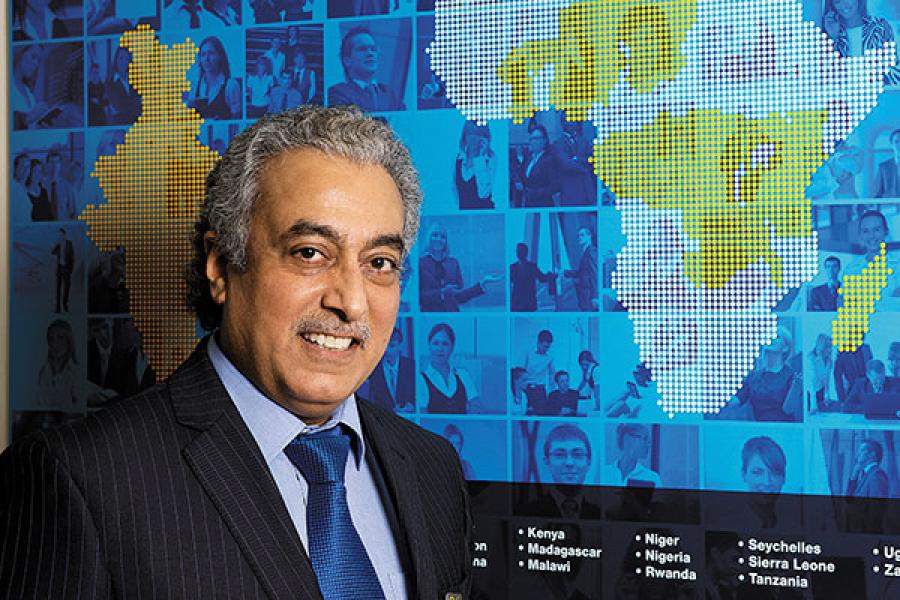 Sanjeev Duggal
Age: 52
Designation: CEO & director, Centum Learning Ltd
The Perspective: The cultural, topographical and linguistic diversity of Africa makes it similar to India, and thus a challenging, yet familiar market to operate in. One critical difference is the larger scale in Africa. It is an opportunity and also a challenge


In the normal course of things, Centum Learning would have never gone to Africa. There was no such plan. We were happy growing in India.

I had founded the company along with the Bharti Airtel Group in 2006. It had grown to become a leading player in providing end-to-end customised training solutions for private and government organisations. We have trained over a million youth in India and abroad.

An opportunity came up when telecom major Airtel, which was our biggest single client in India, acquired the Africa business of Kuwait-based Zain Telecom in June 2010. As we were partnering Airtel in India and taking care of its training needs, it asked us if we could do the same in Africa. I jumped at it.

A LITTLE LIKE INDIA
The continent was completely new for us. I hadn’t even gone on a safari in Africa. First, we needed to understand this new market, the languages, cultures and the topography. We soon realised it was as diverse as—and maybe a little more complicated than—India. People often mistake Africa to be a homogenous continent.

At present we have operations across 79 cities in 17 African countries. Each country has its own distinct culture. I was surprised to learn that in terms of cost of living, some of the cities are expensive as most of the consumables are imported from Europe. Apart from the linguistic and cultural differences, I also found that basic human behaviour differed according to the region’s colonial legacy. People in former French colonies were a bit more aggressive than those in former British colonies.

There are some more things in Africa that remind me of India. There is a high percentage of unemployment across countries. In India, the basic unemployment may not be as high, but the youth lack essential job skills. These details are important for us. In our business, we are dealing with people and we train them.

While Africa’s diversity is similar to that of India’s, there are many differences between the two markets. One of the differences, which had significance for us, was in the telecom market. While in India, telecom companies tend to outsource a lot of their functions (thanks to the strong BPO sector), in Africa there is no concept of outsourcing. It took us almost a year to understand and come to terms with these realities.

We wanted to make a permanent change in the workforce here and realised that we needed to intervene at several levels. For instance, you can’t teach someone only how to weld. The person also needs to understand how to work in a team. The courses we devised included four important components: Domain, digital literacy, functional English or French (where relevant) and life skills.

We have localised the training content according to the market and its needs. We have a strong content team. Trainers are at the core of our operations. We have 200 trainers, of which 190 are Africans. It is important to have local trainers to connect with students. The master trainers mostly come from India.

As in India, in Africa, too, we couldn’t afford to spend three years training a prospective welder, as is the norm in European countries. Most of the students in Africa can’t afford the fee for a long course. They also need to enter the job market immediately to take care of financial needs. We developed a hybrid course that ran from one to three months.

In terms of skill ecosystem, Africa is where India was in the 1980s. There is no infrastructure to develop skills in Africa. In India, we had the Industrial Training Institutes, though not all were of good quality. The setting up of the National Skill Development Agency gave a big push to industry-relevant training. It helps that someone of the stature of S Ramadorai, vice chairman of Tata Consultancy Services, is its chairman.

Some African governments, including those in Kenya and Uganda, have realised the importance of a skill development programme and have announced measures.

We thus have to work within these limitations, and work at several levels. We deal with governments, companies (mostly multinational) and international agencies like The Rockefeller Foundation, which run several training programmes in Africa. Many African countries implement training programmes in partnerships with international bodies such as USAID and the World Bank, that then provide the finance.

GOING BEYOND TELECOM
With our experience in India, we have domain knowledge in some sectors, including telecom, retail, auto and banking. These are the verticals. We also have expertise in horizontal functions such as sales, marketing and distribution. We use this knowledge in Africa, where we are expanding beyond telecom.

We are now getting into other sectors such as agriculture, infrastructure and oil and gas. We appointed Raj Dravid as the COO and head of operations in Africa. Dravid, who was earlier CEO of IL&FS Skills, is based out of Nairobi.

Agriculture is one big bet in Africa. Someone said that the continent can become the rice bowl of the world. Many international companies, from grain suppliers to tractor manufacturers are attracted to the potential. Recently, I had dinner with the director of a global grain company. He said that his company needs to train 20 million farmers across Africa. I told him that if there was one company in Africa who can do it, it is Centum.

The scale in Africa is a challenge for us. Kenya and Uganda governments have announced training projects that will see up to six lakh youth being trained. While we hope to get these contracts, we need to develop capability, too.

The other challenge is the time it takes for things to happen. We have to coordinate with funding agencies, governments and companies. If it takes six months in India to strike a deal, in Africa it takes up to a year-and-a-half.

We need to stay focussed on a few countries and a few sectors. There is hardly any competition for us in Africa and there is goodwill for Indians in the continent. But we need to proceed according to our resources.

Last year, Centum’s Africa operations became as big as the Indian one. We closed the 2014 financial year with revenues of Rs 182 crore. Helped by the expansion in Africa, we are hoping to reach revenues of Rs 225 crore this year. Both the operations are profitable. In India, we have successfully diversified beyond the telecom segment, which is now just 25 percent of the local unit’s revenues. It will take us another five years to do the same in Africa.

But more than the fillip in revenues, the African experience has helped in taking Centum global. Earlier this year, we opened our first office in the Middle East, in Qatar. There is a lot of economic activity happening there, fuelled by the 2022 FIFA World Cup, which will be hosted by Qatar. Next, we want to enter the Asean market. Our success in Africa has given us the confidence to go to any market.

As told to Prince Mathews Thomas

Tweets by @forbes_india
Rodrick Markus: The epicurean Indiana Jones
How handicaps can bring a new edge to company training schemes