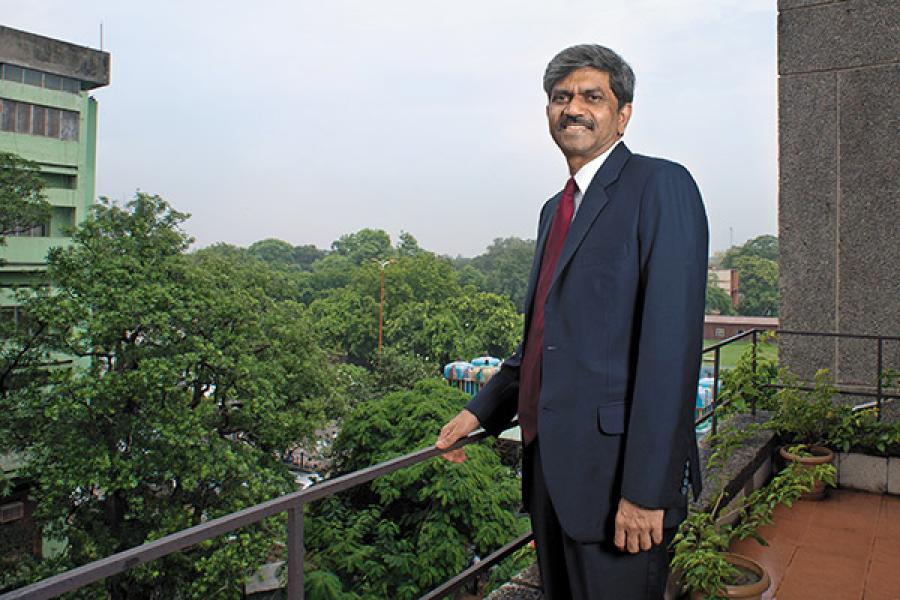 D Shivakumar
Age: 53
Designation: President, All India Management Association; former vice president, Nokia (Middle East, India and Africa)
The Perspective: Marketing is a challenge in the face of the changing demographics in India. The task is tougher for MNCs that don’t give local competition its due.


Marketing has evolved dramatically over the last 30 years. In 1984, when I was a student at IIM Calcutta, colour television and Asian Games were instrumental in bringing about the biggest change. Till that point, distribution had been the backbone of marketing. FMCG majors like Hindustan Lever [HLL, now HUL] and ITC used to send vans to villages to show movies on products. Advertising on television was limited as it was on radio. But within a year of the introduction of colour TVs, each product category grew by 85 to 100 percent. Three companies —Vicco Laboratories, Nirma and Vicks—rode this wave the best.

Television changed the way brands communicated with consumers. During my travels in Kerala in the late 1980s, as an intern at HLL, I remember being at a shop when a boy came in and asked for Pan Jam. The shopkeeper told him he didn’t have it. But I was curious, so I asked the boy where he learnt about the product. He said, “I watched it on TV.”

In the next 15 years, as I learnt the ropes at HLL, there were several inflection points that had an impact on marketing. In 1991, the maximum retail price, or MRP, printed on each product started including taxes. Shopkeepers didn’t have to waste time and energy calculating taxes. Celebrities started endorsing brands. Amitabh Bachchan and Shah Rukh Khan were the first to understand the power of endorsements. Bachchan had a kitty of 60 brands and each one of them grew. This was unlike in the West at the time, where Hollywood actors thought appearing on the small screen reduced their stardom.

In 2003, I joined Philips, another MNC major. By then technology had become the decider in defining the lifespan of a product. Some of the early television brands, including Keltron and Uptron, didn’t exist anymore. This was changing mindsets. There was a time when businessmen believed having a licence to operate was enough to make profits. That was no longer the case. One needed to invest in R&D. The first-mover advantage didn’t work in isolation.

Technology was a huge focus area at Philips, primarily because it was changing fast. In 2002, there were 30,000 outlets in the consumer electronics sector to distribute television. Contrast that with this: Within a year of their introduction, DVDs were being sold at 40,000 outlets. Also, consumers started depending less on retailers to make decisions. Instead, they trusted the brands. They had realised that retailers would push only those that yield higher margins. Companies, therefore, took the exclusive brand outlet route—India probably has the highest number of them.

When I joined Nokia in 2006, many thought that I had made the wrong decision. But I was confident. In one of my first presentations to the senior management of the company, I told them the market will expand from 60 to 800 million in our lifetime. No one believed me but it has happened. This is the result of a combination of factors. The government brought in a new telecom policy. Handset makers introduced affordable products across segments. And the network providers focussed on building infrastructure and created talk plans that attracted customers. The whole industry gained in that first phase and telecom became the poster boy for growth in India.

STEEP LEARNING CURVE FOR MNCs
While the 1991 reforms opened up the economy, I believe that the 2001 BRIC report by Goldman Sachs got India far more attention and created interest among international investors. It was the biggest advertisement for India and got the multinational companies excited about the potential.

Now an MNC is ruled by Wall Street, City of London and Hong Kong. The investors there reward predictability and abhor the uncertainty of the emerging markets. In India, one needs patience and it can take up to 10 years for a business to click. This country’s market is a value market which bears fruit by working with ambiguity—you have to be comfortable with it.

MNCs understand each other’s strategies. But local competition plays by different rules and should not be underestimated. For instance, in the handset market, you have to give full marks to the local entrepreneur who first spotted the trend of dual SIM.

Further, India has always been a plural society and the challenge for an MNC is to handle that. For instance, for every fact in India, there is also a counterfact. We have the youngest population. At the same time, there are about 70 million citizens above the age of 60. That is more than the population of UK. We have been celebrating growth rates of 8 to 9 percent. At the same time, we have also had unemployment of 8 percent. We have among the largest number of billionaires in the world but 41 percent of the population continues to live on $1 a day. There has been a massive growth in urbanisation from 10 percent in 1961 to over 30 percent currently. But there is no Indian presence in the list of top 30 global cities in terms of quality of life. If you read only one aspect, you will either be very happy or very sad. The correct approach is to balance both perspectives. However, while MNCs are attracted by the vitality of the country, they are unprepared for its volatility.

INNOVATION: THE DIFFERENTIATOR
There are hardly any barriers to entry in the telecom sector today. There is easy access to an operating system, to a manufacturing base in China and to select distribution channels. So people build a brand and then change models every three months. But how does one differentiate? Everyone wants to be seen with a good-looking phone, so design is a must. Screens should be big and consumers must have access to all kinds of applications. The Indian consumer wants a buffet, not an à la carte meal. Companies are opening their own retail outlets and even wholesalers and distributors have their own brands. Innovation, however, continues to be the challenge.

The next big consumer requirement, according to me, is local information. Take this project by a handset company in Rai Bareilly in Uttar Pradesh. They gave away free phones to users. They found that 90 percent of the search done on the handsets was locally-driven.

Telecom is now the marketer’s best friend. It is like laying a track; any number of trains can ply on it. For instance, in rural areas, people are still unwilling to travel for health care or education as it is costly, and it also robs them of a day’s wage. Mobile telephony can solve this problem.

BRAND IS JUST A FACILITATOR
The telecom sector also best reflects modern marketing where prices of products crash by 40 percent within a year. Consider that the first variant of a phone might have lasted three years but its fourth started struggling within six months. Plus, consumers believe and trust their friends’ opinions rather than that of the brand. Today, the brand is just a facilitator. Earlier, information generated about a brand was through marketing and the PR machinery. Now it is by the users. Successful brand ads used to run for two years—currently, there is a new campaign every second week.