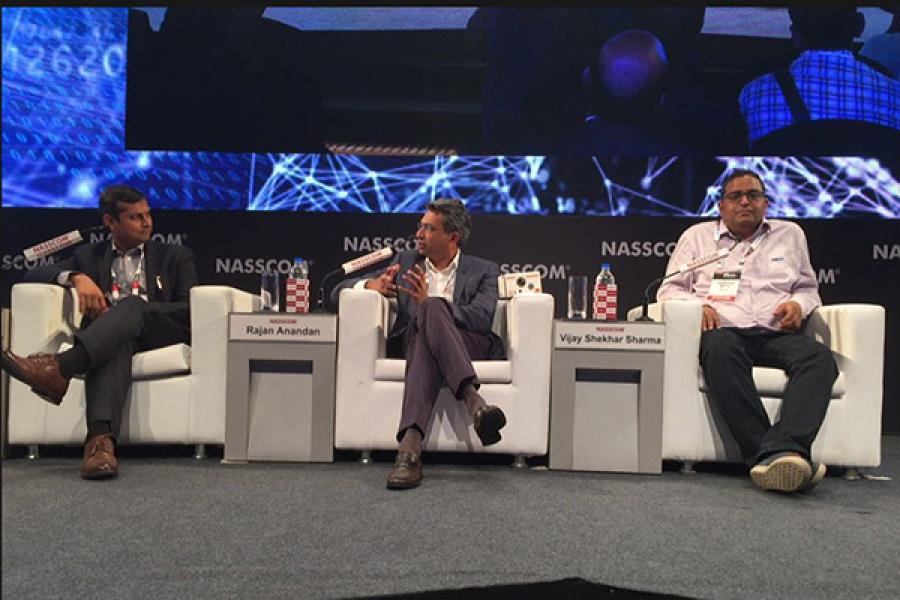 India is home to about 1.28 billion people and of these, only about 350 million currently have access to the internet. By 2020, 350 million more users are expected to be connected to the web, mostly from tier 4 and rural areas. But getting the next 350 million users online is a challenge and opportunity that technology companies and governments are grappling with.

Experts say that we need to go beyond the current set of technologies (3G and 4G) to reach the next 350 million users and more. The current cost of capital for these networks as well as operations costs could make it difficult for telecos to offer viable price points for, says Rajan Anandan, ‎managing director of Google Southeast Asia and India, who was speaking at the panel discussion on the third and final day of the 24th edition of NASSCOM India Leadership Forum in Mumbai.

Currently, people are not online for several reasons, including no access to the internet, very patchy data connection, unaffordability of smartphones and lack of actionability, where users sometimes wonder what difference the internet could make in their lives.

“Current set of technologies may not scale beyond 500 million to 600 million users,” says Anandan. According to him, very large scale Wi-Fi models where one can provide free internet connectivity to 500-600 million are an option. To be sure, Google recently announced free Wi-Fi at railway stations in India and plans to offer free and high-speed Wi-Fi access to railway commuters at over 400 stations here.

Also, it not just about connectivity alone. India is home to very expensive data plans. In the US, the cost of data per user is about 0.3 percent of their income; in India, it’s 6 percent.

Vijay Shekhar Sharma, founder - One97 and Paytm, says if one brings data costs down, there are enough users eager to adopt the internet. “Mobile internet is an infrastructure of growth. The government needs to treat it as an obligation to provide connectivity as it does for education and water. Connectivity should be the basic right.”

Low-cost smartphones with longer battery life would help in getting more people get connected.

Tweets by @forbes_india
Acing all odds, the Leander Paes way
Has Tony Fernandes put India on the back-burner?