Earth Overshoot Day: We're now in a resource deficit for 2022

The date—dubbed "Earth Overshoot Day"—marks a tipping point when people have used up "all that ecosystems can regenerate in one year", according to the Global Footprint Network and WWF 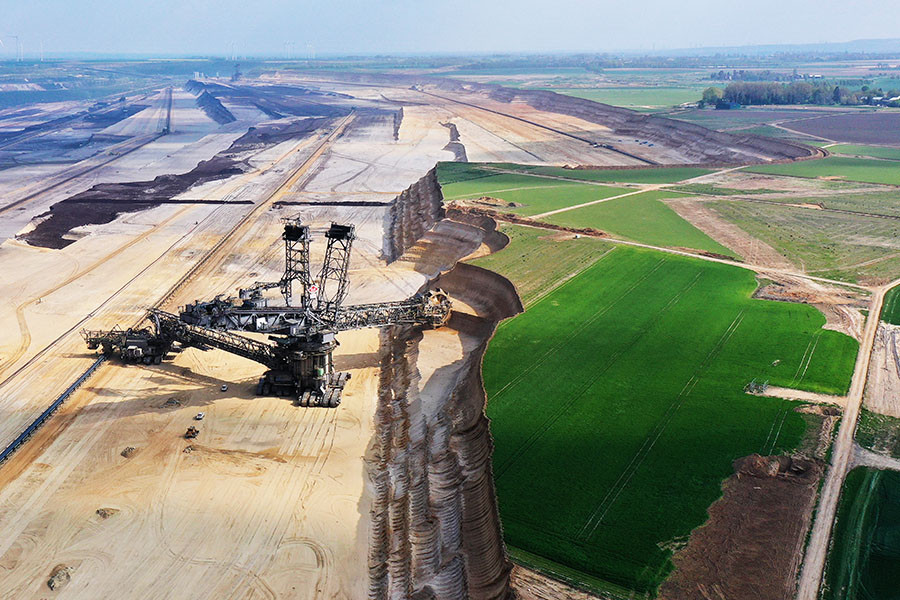 In this aerial view a bucket excavator removes top layers of soil and sand from former farmland during expansion of the Garzweiler II open-cast lignite coal mine on April 22, 2022 near Erkelenz, Germany. Garzweiler supplies the nearby Neurath coal-fired power station, which, according to data from 2020, is Europe's second biggest emitter of CO2. Image: Sean Gallup/Getty Images

Paris, France: Mankind marks a dubious milestone Thursday, the day by which humanity has consumed all earth can sustainably produce for this year, with NGOS warning the rest of 2022 will be lived in resource deficit.
The date—dubbed "Earth Overshoot Day"—marks a tipping point when people have used up "all that ecosystems can regenerate in one year", according to the Global Footprint Network and WWF.
"From January 1 to July 28, humanity has used as much from nature as the planet can renew in the entire year. That's why July 28 is Earth Overshoot Day," said Mathis Wackernagel, president of the Global Footprint Network.

He added: "The Earth has a lot of stock, so we can deplete Earth for some time but we cannot overuse it for ever. It's like with money; we can spend more than we earn for some time until we're broke."
It would take 1.75 Earths to provide for the world's population in a sustainable way, according to the measure, which was created by researchers in the early 1990s.
Global Footprint Network said Earth Overshoot Day has fallen ever sooner over the last 50 years.

In 2020, the date moved back three weeks due to the Covid-19 pandemic, before returning to pre-pandemic levels.
The burden is not evenly spread. If everyone lived like an American, the date would have fallen even earlier, on March 13, Wackernagel said.
The two NGOs point the finger at the food production system and its "considerable" ecological footprint.
"In total, more than half of the planet's biocapacity (55 percent) is used to feed humanity," the two NGOs said.
Also read: Sustainability leadership: Managing for the health of your company and the planet
"A large part of the food and raw materials are used to feed animals and animals that are consumed afterwards", said Pierre Cannet of WWF France.
In the EU, "63 percent of arable land... is directly associated with animal production", he said.
"Agriculture contributes to deforestation, climate change by emitting greenhouse gases, loss of biodiversity and degradation of ecosystems, while using a significant share of fresh water," the NGOs said.
Based on scientific advice, they advocate reducing meat consumption in rich countries.
Also read: Oceans saved us, now we can return the favour
"If we could cut meat consumption by half, we could move the date of the overshoot by 17 days," said Laetitia Mailhes of the Global Footprint Network.
"Limiting food waste would push the date back by 13 days, that's not insignificant," she added, while one-third of the world's food is wasted.
By Laure FILLON
© Agence France-Presse

Tweets by @forbesindia
In US, even the definition of 'recession' is controversial
SpiceJet told to cut fleet after safety incidents