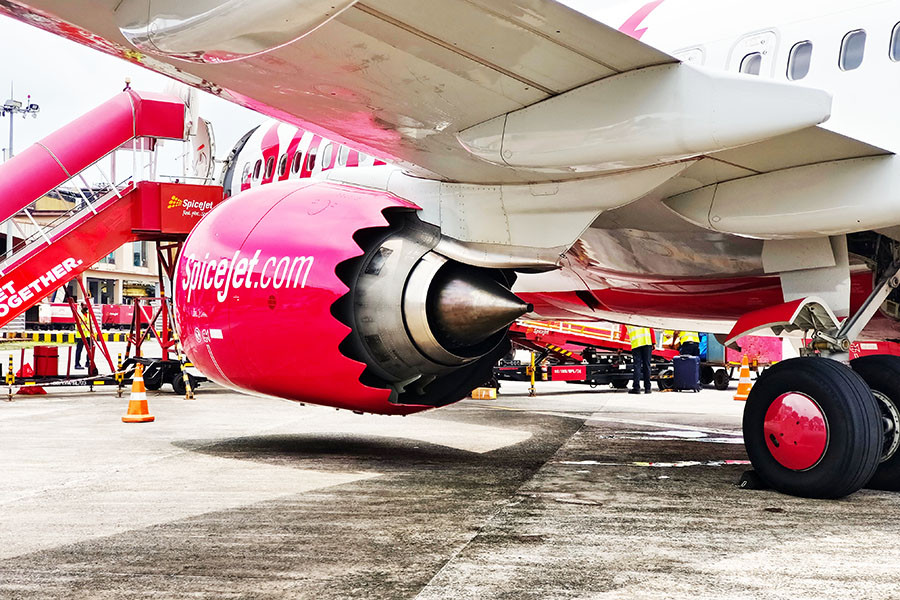 SpiceJet will now be subject to "enhanced surveillance" by the DGCA after inspections of the carrier's operations prompted the regulator to cut the airline's approved fleet numbers by 50 percent for eight weeks ​Photo: Shutterstock

New Delhi, India: Indian budget carrier SpiceJet said Wednesday it would not cancel any flights after a run of safety incidents that prompted regulators to reportedly order its fleet size be cut in half.
The Director General of Civil Aviation (DGCA) this month asked the airline to explain why it had reported more than half a dozen safety incidents since May.
SpiceJet will now be subject to "enhanced surveillance" by the DGCA after inspections of the carrier's operations prompted the regulator to cut the airline's approved fleet numbers by 50 percent for eight weeks, local media reported.

The airline said in a statement it "had already rescheduled its flight operations" due to a lean travel season.
"We want to reassure our passengers and travel partners that our flights will operate as per schedule in the coming days and weeks," the airline said.
"There will be no flight cancellation as a consequence of this order."
SpiceJet reported two separate air safety incidents earlier in July, with one Dubai-bound plane making an emergency landing in Pakistan due to an issue with the cockpit light.
Another aircraft was forced to make a priority landing in Mumbai on the same day after its windshield cracked.
A week earlier, another SpiceJet plane made an emergency landing in New Delhi after its cabin filled with smoke soon after take-off.
Other incidents include a "ransomware attack" that forced delays and cancellations of flights, and a flight striking turbulence that injured 17 people, with three requiring hospital treatment.
SpiceJet, which holds nearly 10 percent of India's domestic market, operates a fleet of about 80 narrow-body aircraft, more than half of which are Boeing 737 variants.
© Agence France-Presse

Tweets by @forbesindia
Earth Overshoot Day: We're now in a resource deficit for 2022
Post-5G auctions: What plays out now?