More than half a dozen air safety incidents were reported in the airline in the past two months, and SpiceJet, which holds nearly 10 percent of India's domestic market, has "failed to establish a safe, efficient and reliable" service, the DGCA said 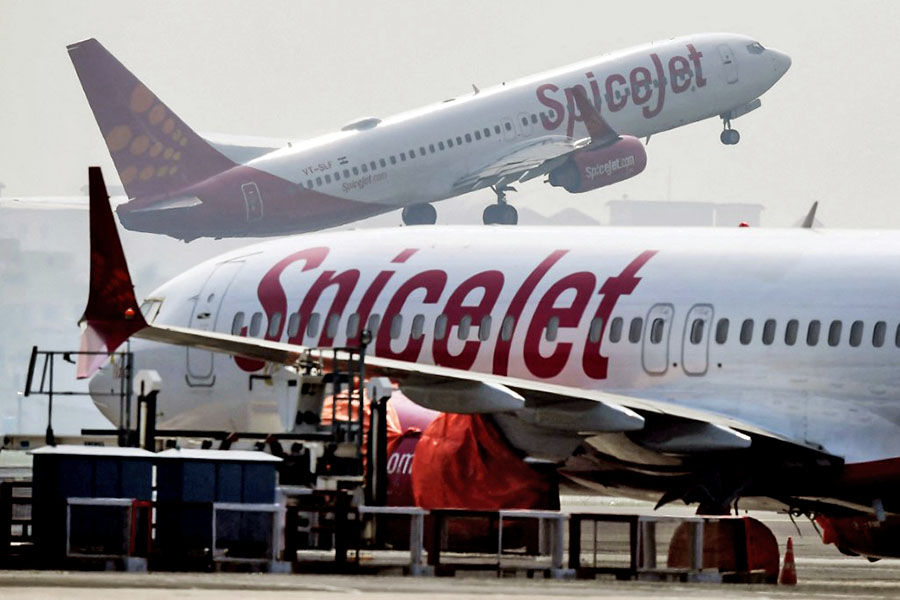 SpiceJet is in receipt of the DGCA notice and will be responding within the specified time period. Image: DIBYANGSHU SARKAR / AFP

Mumbai, India: Budget carrier SpiceJet may face legal action after India's aviation authority asked the airline to explain why it had reported more than half a dozen air safety incidents in the past two months.
The airline reported two separate incidents on Tuesday, with one Dubai-bound aircraft making an emergency landing in Pakistan after a malfunctioning cockpit light.
Another aircraft was forced to make a priority landing in Mumbai on the same day after its outer windshield developed a crack.
And a week earlier, another flight made an emergency landing in New Delhi when a SpiceJet plane's cabin filled with smoke soon after take-off.
The airline said passengers were safely disembarked after all three incidents.
But SpiceJet, which holds nearly 10 percent of India's domestic market, had "failed to establish a safe, efficient and reliable" service, said a Tuesday notice issued by the Director General of Civil Aviation (DGCA).

The notice gave the airline three weeks to show cause as to why it should not face legal action, which under Indian regulations could include fines or the grounding of aircraft.
The regulator said SpiceJet had also failed to pay vendors and suppliers on time, which had led to shortages of spare parts at the airline.
"SpiceJet is in receipt of the DGCA notice and will be responding within the specified time period," a spokesperson for the company told AFP on Wednesday.
"All our aircraft were audited a month ago by the regulator and found to be safe," he added.
SpiceJet has reported at least eight operational incidents since May.
Hundreds of passengers were stranded in planes for hours that month after an "attempted ransomware attack" forced the delay and cancellation of flights.
A New Delhi-bound flight made an emergency landing in the Indian city of Patna in June after a bird struck an engine, which then caught fire.
In another incident, 17 people were injured when a flight from Mumbai struck turbulence, with three passengers treated in hospital.
SpiceJet operates a fleet of about 80 narrow-body aircraft, more than half of which are Boeing 737 variants.
Shares in the carrier closed two percent higher in Mumbai on Wednesday despite news of the regulator's show-cause notice.
© Agence France-Presse

Tweets by @forbesindia
How melting glaciers are threatening Pakistan's north
Optiemus is rebooting to lead the pack of electronics manufacturers. Will it work?