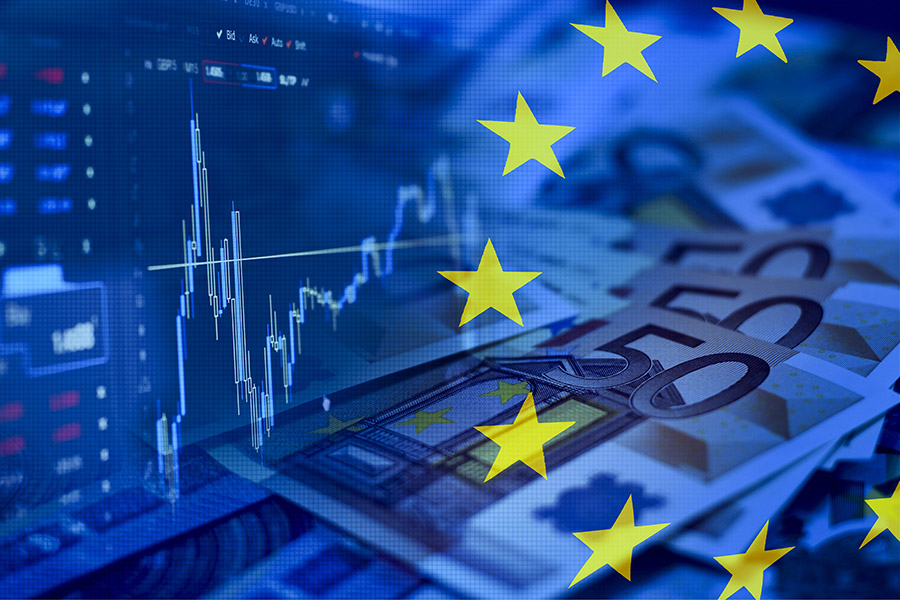 Global stocks fell Wednesday and the euro dipped below $1.00 for the first time in nearly 20 years. Image: Shutterstock

Global stocks fell Wednesday and the euro dipped below $1.00 for the first time in nearly 20 years after data showed a surge in US inflation last month, convincing investors that further increases in borrowing costs are on their way.
Stock prices on Wall Street retreated after a sharp uptick in US inflation to 9.1 percent in June increased the risk of a possible recession.
The broad-based S&P 500 finished down 0.5 percent.
European stock markets also ended the session lower, while the euro fell below the symbolic level of $1.00 for the first time since December 2002, dipping as low as $.0998, as the prospect of higher interest rates rendered the dollar more attractive to investors. But it soon moved back above parity. 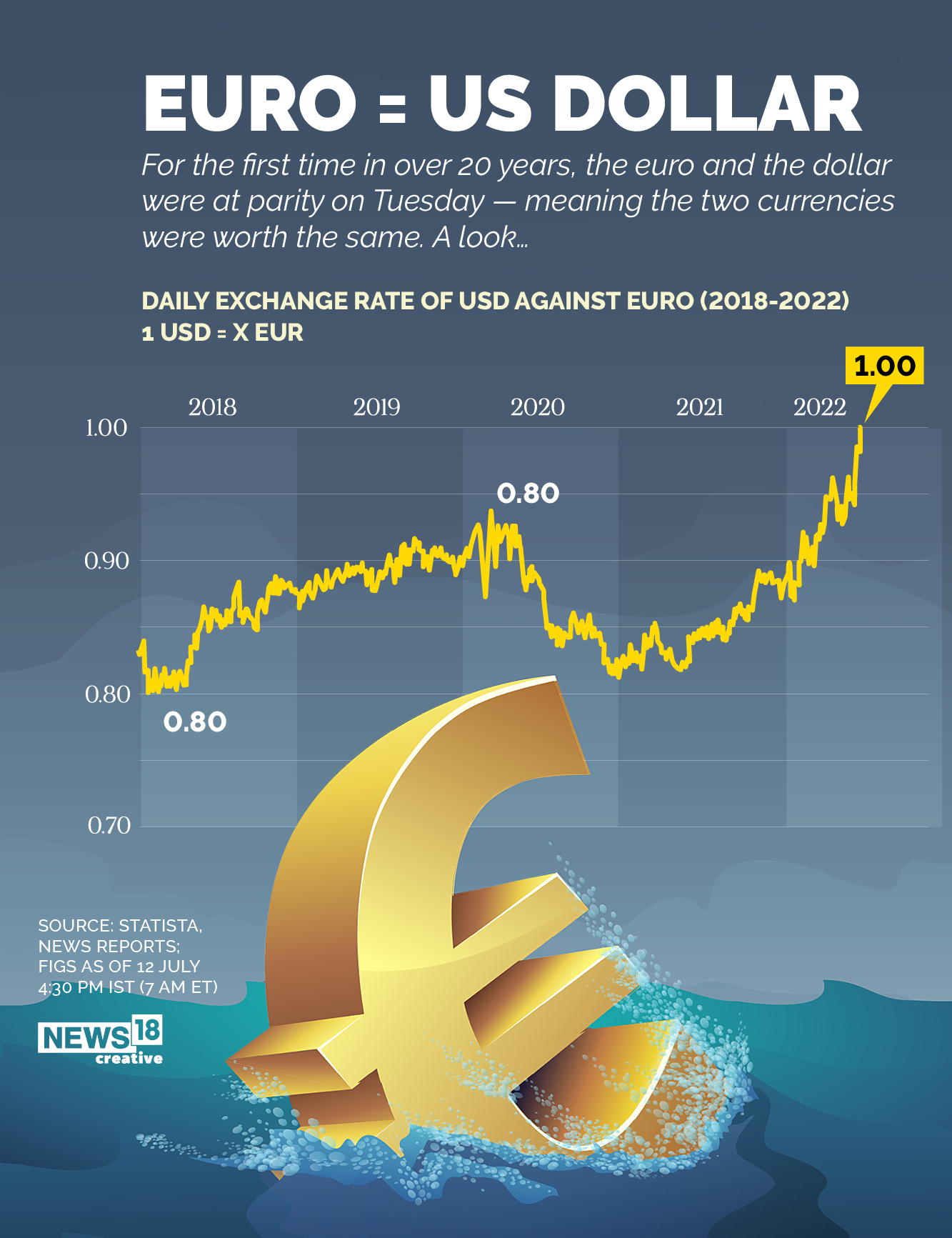 Also read: From deflation to war: How the European Central Bank responded to crises, and what's next
The economic prospects for the 19-country eurozone are also darkening as a possible halt to Russian gas supplies increases the risk of recession.

US inflation surged to a 40-year high in June on a 12-month basis, much worse than expected, US Labor Department data showed.
Beyond the hit to consumption from high prices, analysts worry the report will prompt the Federal Reserve to adopt even tougher measures to tighten monetary policy, such as a full percentage point interest rate increase at the July 27 meeting.

On Wednesday, Canada's central bank took that step, raising its lending rate to 2.5 percent.
Oanda's Edward Moya said that he still expects the Fed to hike 75 basis points in July, "but a strong case could be made for a full-point increase," according to a note Wednesday.
Also read: India growth slows on inflation, higher oil prices
Consumer prices are soaring worldwide after economies reopened from pandemic lockdowns and as the Ukraine war keeps energy prices elevated.
In a further sign of the pressure being felt around the world, the New Zealand and South Korean central banks each raised interest rates by 0.5 percentage points Wednesday.
It was the steepest increase by Seoul since 1999.

Russian energy giant Gazprom said it could not guarantee the good functioning of the Nord Stream gas pipeline and did not know if a "critical" turbine engine would be returned from repair in Canada.
Gazprom started 10 days of maintenance on Nord Stream 1 pipeline on Monday, with the EU—particularly gas-reliant Germany—waiting nervously to see if the taps will be turned back on.
"A prolonged cut to the gas supply would halt a lot of economic activity, sending (Germany) deep into recession," said Tapas Strickland at National Australia Bank.
July 21—when the gas should be switched back on—will be a crucial date, he said.
© Agence France-Presse