America's inflation is at a four-decade high. Here's what you need to know

Americans are confronting more expensive food, fuel and housing, and some are grasping for answers about what is causing the price burst, how long it might last and what can be done to resolve it 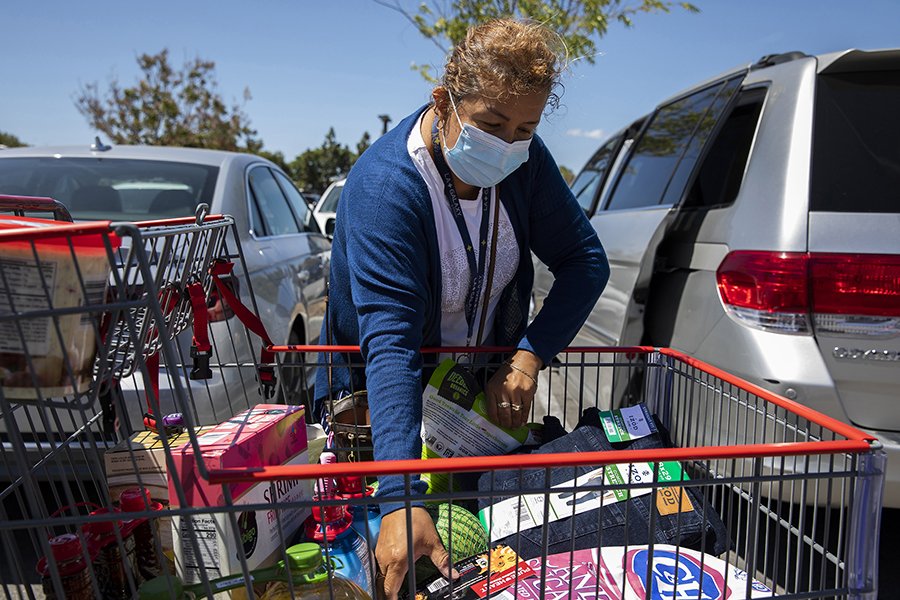 A shopper loads groceries into her car after shopping at Costco in Marina Del Ray, Calif., May 10, 2022. Americans are confronting more expensive food, fuel and housing, and some are grasping for answers about what is causing the price burst, how long it might last and what can be done to resolve it. (Alisha Jucevic/The New York Times)

The government reported Friday that consumer prices climbed 8.6% over the year through May, the fastest rate of increase in four decades.

Americans are confronting more expensive food, fuel and housing, and some are grasping for answers about what is causing the price burst, how long it might last and what can be done to resolve it.

Here’s a guide to understanding what’s happening with inflation and how to think about price gains when navigating this complicated moment in the U.S. and world economy.

It can be helpful to think of the causes of today’s inflation as falling into three related buckets.

Strong demand. Consumers are spending big. Early in the pandemic, households amassed savings as they were stuck at home, and government support that continued into 2021 helped them put away even more money. Now, people are taking jobs and winning wage increases. All of those factors have padded household bank accounts, enabling families to spend on everything from backyard grills and beach vacations to cars and kitchen tables.

Too few goods. As families have taken pandemic savings and tried to buy pickup trucks and computer screens, they have run into a problem: There have been too few goods to go around. Factory shutdowns tied to the pandemic, global shipping backlogs and reduced production have snowballed into a parts-and-products shortage. Because demand has outstripped the supply of goods, companies have been able to charge more without losing customers.

Now, China’s latest lockdowns are exacerbating supply chain snarls. At the same time, the war in Ukraine is cutting into the world’s supply of food and fuel, pushing overall inflation higher and feeding into the cost of other products and services. Gas prices are averaging around $5 a gallon nationally, up from just over $3 a year ago.

Service-sector pressures. More recently, people have been shifting their spending away from things and back toward experiences as they adjust to life with the coronavirus — and inflation has been bubbling up in service industries. Rents are climbing swiftly as Americans compete for a limited supply of apartments, restaurant bills are heading higher as food and labor costs rise, and airline tickets and hotel rooms cost more because people are eager to travel and because fuel and labor are more expensive.

You might be wondering: What role does corporate greed play in all this? It is true that companies have been raking in unusually big profits as they raise prices by more than is needed to cover rising costs. But they are able to do that partly because demand is so strong — consumers are spending right through price increases.

Also Read: Of superheroes and the threat of a global recession

How is inflation measured?

The CPI captures how much consumers pay for things they buy, and it comes out earlier, making it the nation’s first clear glimpse at what inflation did the month before. Data from the index is also used to come up with the PCE figures.

The PCE index, which will be released June 30, tracks how much things actually cost. For instance, it counts the price of health care procedures even when the government and insurance help pay for them. It tends to be less volatile, and it is the index the Federal Reserve looks to when it tries to achieve 2% inflation on average over time. As of April, the PCE index was climbing 6.3% compared with the prior year — more than three times the central bank target.

Fed officials are paying close attention to changes in month-to-month inflation to get a sense of its momentum.

Policymakers are also particularly attuned to the so-called core inflation measure, which strips out food and fuel prices. Although groceries and gas make up a big part of household budgets, they also jump around in price in response to changes in global supply. As a result, they don’t give as clear a read on the underlying inflationary pressures in the economy — the ones the Fed believes it can do something about.

Also read: First the pandemic, then war affect markets, economy but all is not lost

What can slow the rapid price gains?

How long prices will continue to climb rapidly is anyone’s guess: Inflation has confounded experts repeatedly since the pandemic took hold in 2020. But based on the drivers behind today’s hot prices, a few outcomes appear likely.

For one, quick inflation seems unlikely to go away entirely on its own. Wages are climbing much more rapidly than normal. That means unless companies suddenly get more efficient, they will probably try to continue to increase prices to cover their labor costs.

As a result, the Fed is raising interest rates to slow demand and tamp down wage and price growth. The central bank’s policy response means that the economy is almost surely headed for a slowdown. Already, higher borrowing costs have begun to cool off the housing market.

The question — and big uncertainty — is just how much Fed action will be needed to bring inflation under control. If America gets lucky and supply chain shortages ease, the Fed might be able to let the economy down gently, slowing the job market enough to temper wage growth without causing a recession.

In that optimistic scenario, often called a soft landing, companies will be forced to lower their prices and pare their big profits as supply and demand come into balance and they compete for customers again.

But it is also possible that supply issues will persist, leaving the Fed with a more difficult task: raising rates more drastically to slow demand enough to bring price increases under control.