It means they earned 109 times the average wage of a full-time worker in the UK, widening the inequality gap at a time of growing concern about spiralling inflation and the cost of living 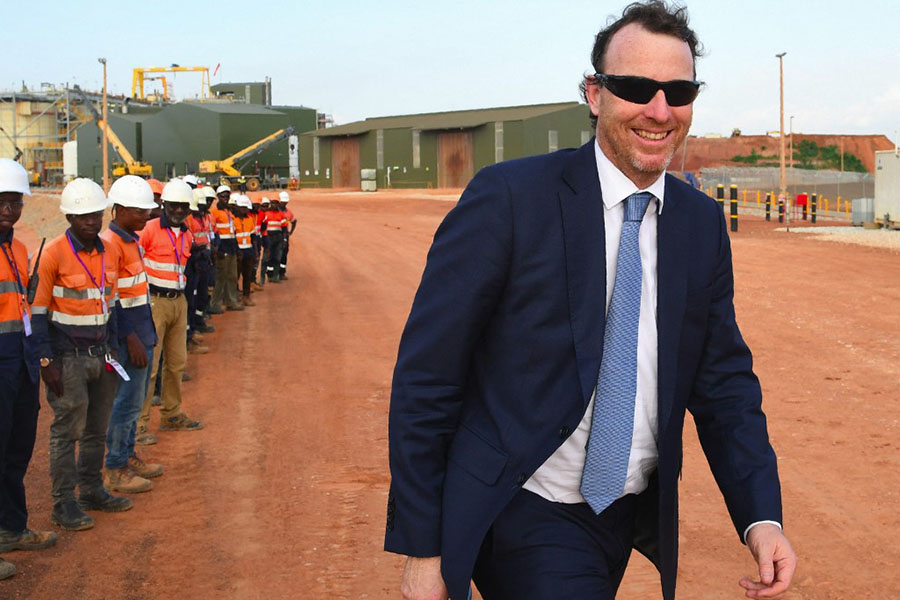 A file photo of Sebastien de Montessus, head of mining group Endeavour walking past workers during the inauguration of the Ity Gold Mine on May 9, 2019 in Danane, western Ivory Coast. The highest-paid CEO on the London index of leading companies in 2021 was Sebastien de Montessus with £16.85 million. Image: ISSOUF SANOGO / AFP

London, United Kingdom: Median pay for the heads of FTSE 100 companies rose by more than a third last year to £3.41 million ($4.01 million), according to research published on Monday.
The 39-percent increase from £2.46 million in 2020 took the salaries of chief executives to their highest levels in four years, said the High Pay Centre and the Trades Union Congress (TUC).
It means they earned 109 times the average wage of a full-time worker in the UK, widening the inequality gap at a time of growing concern about spiralling inflation and the cost of living.

It also represents an increase from 2020, when companies cut back on salaries for top executives during the coronavirus pandemic.
The highest-paid CEO on the London index of leading companies in 2021 was Sebastien de Montessus, head of the mining group Endeavour, with £16.85 million.
That eclipsed last year's top earner, AstraZeneca's Pascal Soriot, who received £13.86 million.
The highest-paid female boss—pharma giant GSK's Emma Walmsley—got £8.2 million.
Walmsley is one of nine female FTSE 100 chief executives, who received median pay of £3.01 million, nearly £500,000 less than their male counterparts.
Ninety percent of FTSE 100 companies paid their chief executive a bonus in 2021, up from 64 percent in 2020, with mean payments of £1.4 million.
The report's authors said the research, based on the companies' most recent pay disclosures, "raises questions about inequality, pay and responsible business practice in the UK".
"Very high executive pay is a big part of the cost of living problem," said Luke Hildyard, director of the High Pay Centre.
"If large employers are paying millions more to already very wealthy executives, that makes it harder to fund pay increases for low and middle income workers.
"If incomes in the UK were shared more evenly, that would significantly raise the living standards of the people hit hardest by the current economic crisis, while those at the top wouldn't notice much difference to their lifestyles."
Britain has been hit by a wave of industrial action over pay, as the cost of living surges on the back of rising inflation currently at 40-year highs.
The Bank of England warned earlier this month that inflation would climb to just above 13 percent this year—the highest level since 1980.
But there are predictions it could hit even higher levels next year on the back of rising energy costs.
© Agence France-Presse