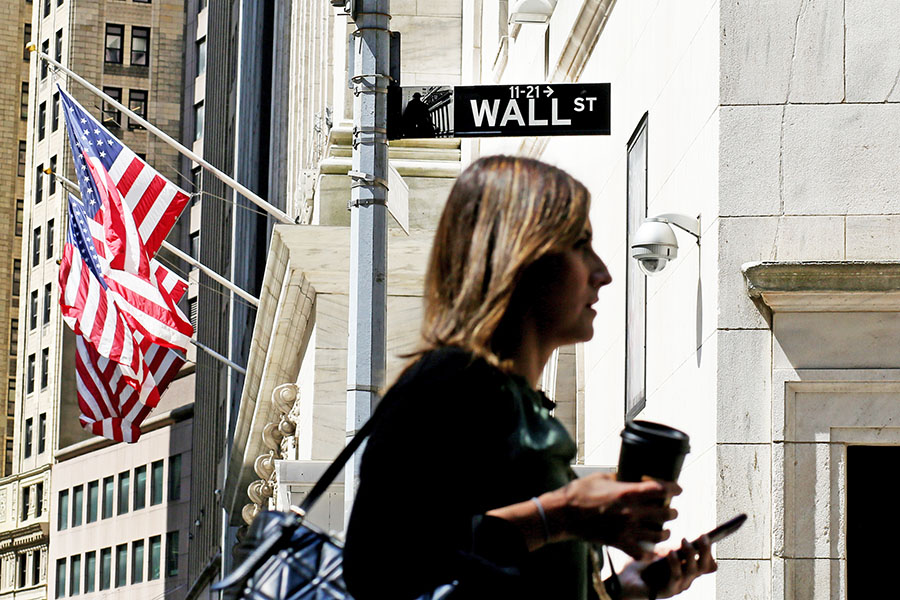 A woman walks near to The New York Stock Exchange, on July 12, 2022 in New York. Wall Street is back to falling amid recession, the S&P 500 closed 1.2% lower while tech stocks pushed the Nasdaq down 2.3%. Image: John Smith/VIEWpress via Getty Images

Stocks on Wall Street slid Monday, with the S&P 500 dropping by the most it has in more than two months, as a speech this week by Federal Reserve Chair Jerome Powell loomed over investors who are focused on the path for interest rates in the months ahead.

The stock market has been reversing some of its recent rebound, gains that had been fueled by a batch of better-than-expected corporate earnings reports and a report that inflation had cooled in July. Monday’s drop followed a small decline last week, which came on the heels of four consecutive weekly gains that had lifted the S&P 500 more than 17%.

The sudden swing shows that investors recognize they are still not out of the woods when it comes to the Federal Reserve, recalling the sting of soaring inflation and a series of large interest rate increases by the Fed this year that helped push stock prices sharply lower. The inflation reading for July, which showed that gains in consumer prices steadied from the month before, had spurred hopes that the central bank might ease its campaign to raise borrowing costs.It has dawned on investors that such a conclusion was premature, said Victoria Greene, chief investment officer at G Squared Private Wealth.

“People are coming back to reality that the world is still a very uncertain place,” she said.

A speech by Powell on Friday, at a gathering of central bankers in Jackson Hole, Wyoming, could help clarify the Fed’s expectations for inflation. Economists will listen for clues on whether the Fed will make another three-quarter-point increase in interest rates at its September meeting or go with a half-point increase.

“The concern is that the Fed is now going to go out of their way to remind people that they’re still going to hike rates,” Greene said.

The pessimistic mood Monday affected other markets, too. Yields on government bonds rose, with the yield on 10-year Treasury notes climbing above 3% for the first time since July 20. The yield on 2-year notes jumped to 3.32%.

Tweets by @forbesindia
Anthony Fauci, face of America's Covid-19 fight, to step down in December
FTSE 100 bosses saw 39% jump in pay in 2021: study