US game maker Electronic Arts (EA) and global football body FIFA have ended the licensing agreement that has underpinned the game since its first edition in 1993. With the release of FIFA 23 the partnership will bow out on a high 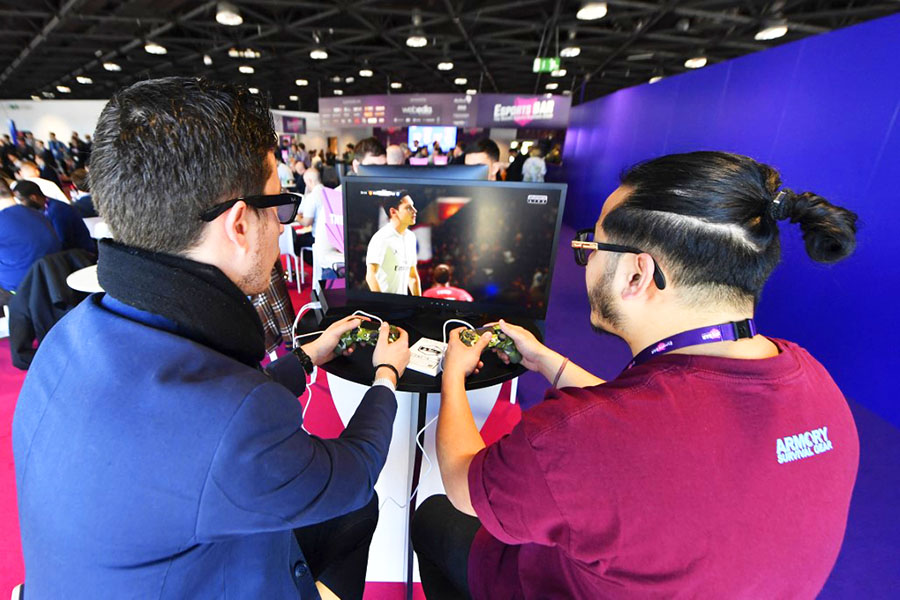 This file photograph shows visitors playing on EA Vancouver video game developer's football simulation video game FIFA 19 at the eSports Bar trade fair in Cannes, southern France on February 13, 2019. The 2023 edition of Fifa, the leader of soccer simulation video games, will be out on September 30, 2022, as it is developed each year by the US game maker Electronic Arts since 1993. Image: YANN COATSALIOU / AFP

One of the biggest franchises in video game history is coming to an end on Friday with the release of FIFA 23, the final installment of a football game that has entranced millions of fans for the past three decades.
US game maker Electronic Arts (EA) and global football body FIFA spent months negotiating over the licensing agreement that has underpinned the game since its first edition in 1993.
But they confirmed the split in May when FIFA said it would be seeking other partners and EA said it would rebrand its game as "EA Sports FC" from next year.
For the final version, EA has included women's club teams for the first time—though only from England and France—several years after it introduced women players.

Australian superstar Sam Kerr, who plays in the English league, is on the game's cover along with French World Cup winner Kylian Mbappe.
"It is—and remains—one of the most popular franchises in all of gaming," said Tom Wijman of Newzoo, a firm that analyses data on the industry.
The decoupling is risky for both EA and FIFA, with neither guaranteed success from their new ventures.
But analysts say EA is in a stronger position after spending 30 years developing and marketing the game.
The firm said last year that FIFA had sold more than 325 million copies over its three decades—reportedly generating more than $20 billion in sales.

Gamers were less bothered about the corporate fallout and just wanted to play the latest version of the game.
Professional eSports players—some of whom earn hundreds of thousands of dollars for playing the game—queued up to livestream their first attempts.
"One of my favourite videos ever," tweeted Donovan Hunt, one of the most successful eSports players, linking to a YouTube video of his first try.
Swedish gamer Olle Arbin livestreamed his first attempt for 12 hours on Wednesday.
Reviewers have been impressed by the game's improvements in graphics since the last edition, and praised additional features such as a "power shot" for giving gameplay another dimension.
"FIFA 23 sees the series bow out on a high, and provides encouraging signs for the debut of EA Sports FC this time next year," wrote Ben Wilson on the specialist site GamesRadar.

The video game industry, estimated to be worth around $300 billion a year, has become increasingly cutthroat in recent years with the biggest companies buying up many of their competitors.
EA had a turnover of $5.6 billion last year, making it one of the biggest game makers that remains outside the grasp of the four giants—Tencent, Sony, Microsoft and Nintendo.
The end of the deal with FIFA came after the football body reportedly raised its licensing fee demand from $150 million a year to $250 million—bring the total for the mooted four-year contract to $1 billion.
EA will lose the right to use the FIFA name and competitions such as the World Cup, but it can still use player names and non-FIFA competitions such as the English Premier League —a key advantage over its rivals.
However, the firm was already pivoting increasingly towards club competitions, both on and off screen.
It is taking on a five-year sponsorship deal of Spain's top-flight La Liga next year, for a reported 30 to 40 million euros a year.
Newzoo's Wijman said "EA Sports FC" has a good chance of success.
"Losing the FIFA brand may hurt EA's chances somewhat, but they have the game engine, development teams, marketing expertise, and branding expertise," he said.
FIFA could struggle to attract potential parters after its reported $1 billion demand, Wijman said.
It would be a "risky endeavour", he said, "in any circumstance, but especially if you then have to compete with EA to build the most popular football game".
By Joseph Boyle and Yassine Khiri
© Agence France-Presse