Many doctors had fled the fighting, and conditions at the hospital resembled a bygone era of warfare, with the surgeons who remained amputating limbs, instead of trying to repair them, to save grievously wounded soldiers 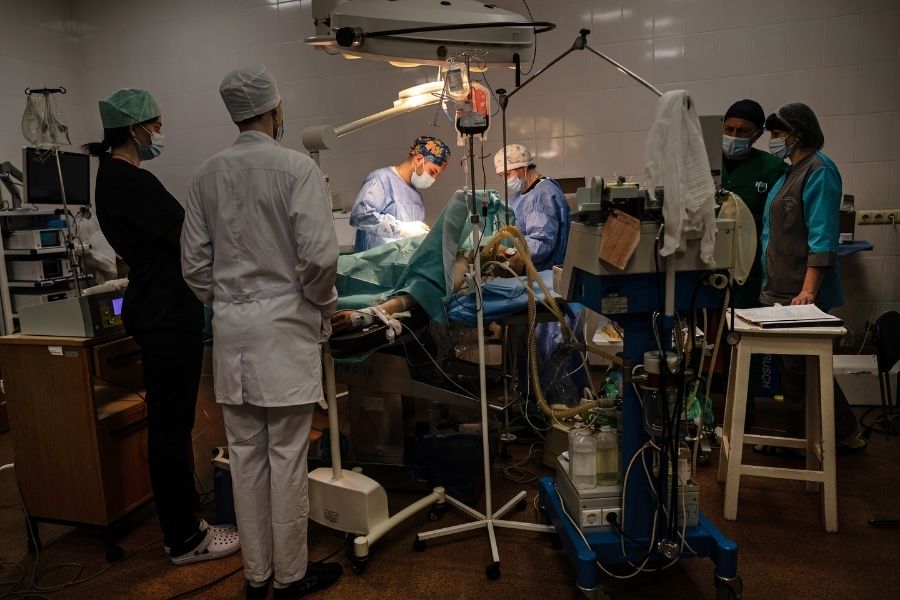 Doctors try to save the arm of a Ukrainian soldier who was wounded by Russian shelling in Zaporizhzhia, April 25, 2022. Months of Russian artillery, airstrikes and rocket attacks have overwhelmed the hospitals of Eastern Ukraine, which are operating on skeleton crews or have been abandoned completely. Images: Lynsey Addario/The New York Times