Ranveer Singh, Sania Mirza, Sonu Sood and Yogi Adityanath, among others who were honoured 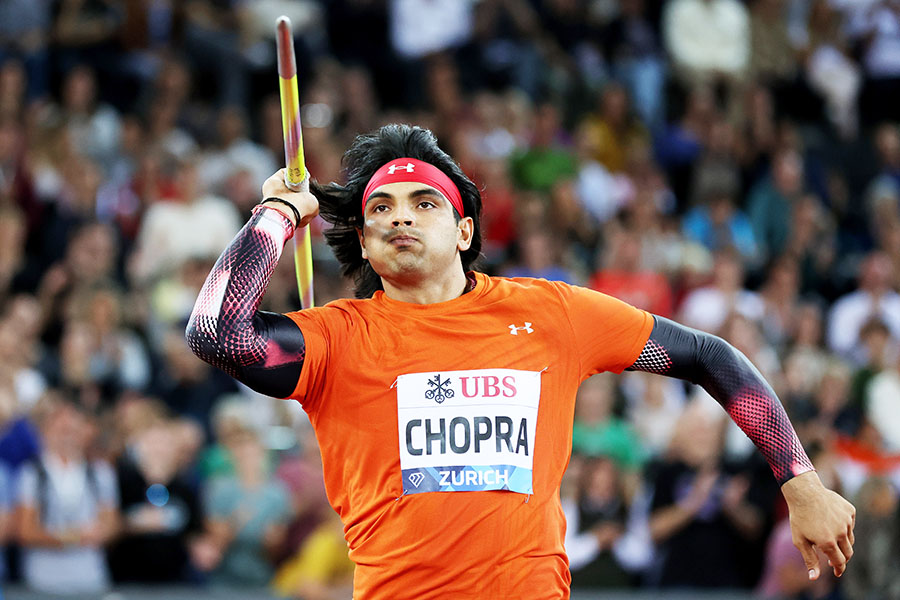 
If there is one moment we’d all like to remember from the two gloomy years gone by, it’s the one when a 23-year-old youngster from Haryana brought home a gold at the Olympics. So, when people in a packed room were asked who should be awarded CNN-News18’s Indian of the Year 2022, there were no second guesses.

The champion javelin thrower was honoured with the title for ending India’s 100-year wait for a gold in track and field, and for the glory he has brought the country in tournaments since.

Receiving the award from actor Ranveer Singh, and India’s World Cup-winning cricket captain Kapil Dev, Chopra said he was happy about the sporting culture in Haryana. “At 4 am, you’ll see children racing, even when they don’t have shoes. Ek junoon hai Haryana mein (there’s passion for sports in Haryana),” he said. “Slowly, it’ll spread to the whole country… if we have adequate facilities, we can be number 1 in sports.”

For Chopra, practising is a form of meditation. “Those eight to 10 hours in the stadium are like tapasya for me,” he revealed. “I may be here at the awards, but my mind is at the training.”

For the country to produce more sportspersons like Chopra, Dev said, we need to promote a culture. “The day parents think beyond engineering or medicine will be the day new avenues and opportunities in sports will emerge for children,” he said.

On a lighter note, Singh and Chopra also shook a leg on a Hindi song, leaving the audience mesmerised.
Singh was honoured with the Outstanding Achievement award for his portrayal of Kapil Dev in 83 and for his contribution to Indian cinema. Recounting the preparations for the movie, Dev said, “He (Singh) stayed with me for a few days, and I saw him practice. He used to bowl for four hours continuously and I was scared that he was going to fall sick. But he didn’t stop, he worked really hard to get it perfect and lose all the weight for the role.”

Singh added, “We only wanted to make Dev and the players proud. It wasn’t about the movie, or us wanting it to be a hit. It was all for the players.”

Also watch:  Women don't have a level playing field and only women can change that: Sania Mirza

The event opened with an enthralling performance by Indian folk singer Mame Khan and his troupe.
Those awarded in their respective categories included climate warrior Marimuthu Yoganathan for planting 3.5 lakh saplings to fight climate change, and actor Allu Arjun (entertainment) for a splendid performance in Pushpa. Dr Shankare Gowda, or Rs5 doctor, who doesn’t charge more than that, won in the social change category. Chopra also won an award in the sports category. Zoho Corporation’s co-founders, Sridhar Vembu and Tony Thomas, won in the field of startups. Uttar Pradesh Chief Minister Yogi Adityanath won too for politics. He, however, could not be present as the state is mourning the death of former chief minister Mulayam Singh Yadav.

The 12th edition of the CNN-News18 Indian of the Year was graced by Union Ministers Piyush Goyal, Smriti Irani, Gajendra Singh Shekhawat and Anurag Thakur.

Tennis star Sania Mirza, who announced her retirement earlier this year, was honoured with the Outstanding Achievement Award. “Tennis is the only thing I know how to do,” said Mirza. “It is a bittersweet feeling, but priorities change, there’s a time and place for everything. I will miss winning and walking on the court,” she said, getting teary-eyed.

“Who after Mirza?’ asked someone from the audience. “I hope there’s someone soon, and not one (Leander) Paes, (Mahesh) Bhupathi or (Rohan) Bopanna once in every 20 years,” she responded. Will her son take to tennis? “He is showing more interest in cricket, but as we speak, he also attended his first tennis class today, so let’s see where that goes,” she added.

Actor Sonu Sood, who has earned the moniker of Robinhood for his exemplary work to help migrants during Covid-19 and other social work, got the special achievement award. “I am playing the biggest role of my life right now, and that is to help people,” said Sood.

Tweets by @forbesindia
FIFA World Cup 2022: Greatest show on Earth returns
The long-drawn battle between SEC and Ripple is rumoured to be nearing conclusion