The announcement came after UK Foreign Secretary Liz Truss said more than three million Russian companies, including Gazprom, would be unable to access funding from London-based financial institutions because of new sanctions 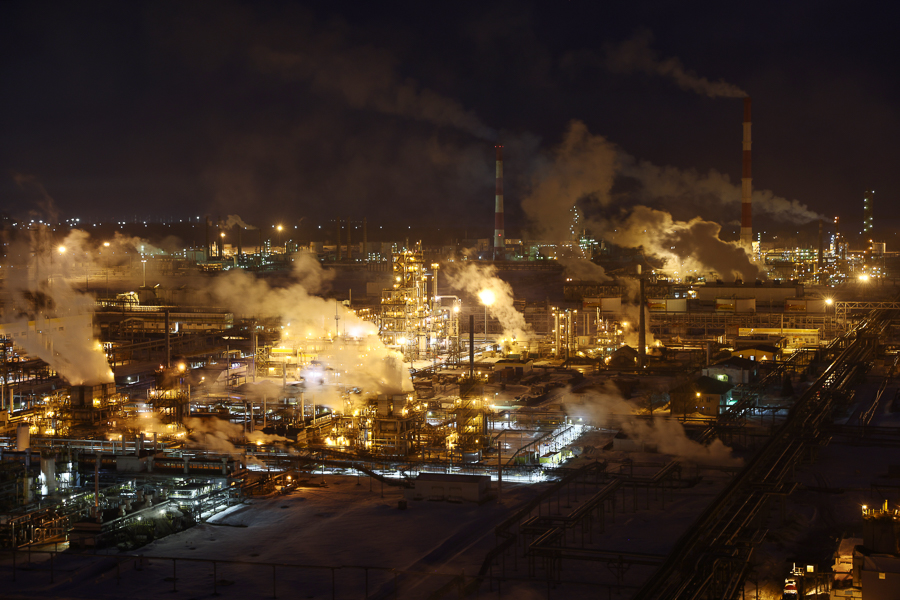 A view of the premises of the Novokuibyshevsk Refinery, a subsidiary of Rosneft Oil Company, in the city of Novokuibyshevsk 20 km southwest of Samara, Russia. (Photo by Yegor Aleyev\TASS via Getty Images)

London, United Kingdom: Oil giant Shell on Monday said that it planned to sell its stake in all joint ventures with Gazprom after Russia's invasion of Ukraine.
The announcement came after UK Foreign Secretary Liz Truss said more than three million Russian companies, including Gazprom, would be unable to access funding from London-based financial institutions because of new sanctions.
That will mean they will "no longer be able to issue debt or equity in London", she told parliament.
European football's governing body UEFA also ended its estimated 40-million-euro sponsorship deal with Gazprom and this season's Champions League final was moved from the Gazprom Arena in Saint Petersburg.

In a statement to the London Stock Exchange, Shell said it would sell its 27.5-percent stake in the oil and gas project Sakhalin-2, on Sakhalhin island, in Russia's far east.
It would also end its 50-percent interests in the Salym oilfield development in western Siberia, and the Gydan exploration project in the Gydan peninsula, in northwest Siberia.
Shell is one of five energy companies that has committed financing for up to 10 percent of the estimated 9.5 billion total cost of the Nord Stream 2 pipeline between Russia and Germany.
But the company said it also "intends to end its involvement" with the project, after Germany's Chancellor Olaf Scholz last week announced its suspension.
Shell chief executive Ben van Beurden said: "We are shocked by the loss of life in Ukraine, which we deplore, resulting from a senseless act of military aggression which threatens European security.
"Our decision to exit is one we take with conviction. We cannot — and we will not — stand by," he added.
"Our immediate focus is the safety of our people in Ukraine and supporting our people in Russia.
"In discussion with governments around the world we will also work through the detailed business implications, including the importance of secure energy supplies to Europe and other markets, in compliance with relevant sanctions."
On Sunday, BP announced it was pulling its 19.75-percent stake in Rosneft, and chief executive Bernard Looney said he was resigning from the Russian company's board with immediate effect.
BP shares slumped on the markets on Monday, wiping billions of dollars from the company's value.
Shell said the value of its ventures with Gazprom was about $3 billion and would be reflected on its balance sheet later this year.
© Agence France-Presse

Tweets by @forbesindia
Crypto Simplified: Do your own research
The greatest wealth is health