Adi Godrej: The govt should treat taxpayers as customers, not adversaries

The government must make people more comfortable about investing in India. For that, among other things, it has to fix its tax machinery 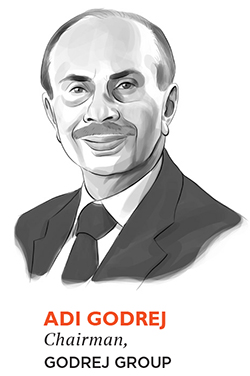 This government has taken a lot of steps and is free enterprise-, growth- and reform-oriented. It is facing some political issues, especially in the Rajya Sabha. However, I think it is clear that it would like to go ahead with the reform process.

Already, the growth rate has started improving. In FY2016, I expect, as the government does, that the growth rate will be between 8 and 8.5 percent in the newly-stated format [of calculating Gross Domestic Product or GDP] which I feel is more correct than the earlier one. Earlier, we were not taking into account the improving productivity of the economy which is now being done. Once we pass the Goods and Services Tax (GST) Bill, which should come into effect from April 1, 2016, I expect we will get into double-digit GDP growth and that will continue for quite a while. GST adds two percentage points to the GDP growth rate and will be a major stimulus. So, I am very optimistic about the future and all our strategic planning is being done on that basis.

What the government should be careful about is that its stated positions should be implemented. For example, it was very clear that it did not want to retrospectively bring in tax changes. Yet, there have been some new cases, though the government claims they were from earlier. But clearly, when the government sends a new notice, it should be looked upon as a new case. Currently, it has been done with Cairn and a couple of smaller cases. That can be a big negative. New investors will always worry that it could happen to them. In fact, in my view, the government should have taken steps to reverse the law.

Secondly, though it has done a lot, the government  should expedite the improvements in the ease of doing business. Some of that has to be done at the state level and some at the central level, so that new investments can be attracted and foreign investors feel comfortable about India. Although much more foreign investment is now being planned, I think that can be further expedited. That can’t be done in the budget; it should be done by way of actual implementation. The more we digitise things, the more it will add to the ease of doing business. In those states where applications are being done almost entirely on the internet, things have improved a lot and corruption has reduced considerably. This government is clearly doing that.

I am not among those who think much more could have been done. Things are a little slow; after all, the government has to contend with the bureaucracy, it has to contend with the states. In some states, its own governments have been formed. In Delhi, of course, the BJP lost the assembly elections. But I think the government is moving reasonably well and will achieve its goals. One thing it needs to do is something it has already committed to: GST is the most important reform. Another reform which is very important is to have low rates of direct taxes—in India, that has always promoted growth; it has even increased government collections. It encourages growth and that leads to more collection. Rather than trying to collect more by way of high rates, it is always better to do that with low rates. That trend should be established. In my view, one of the big negatives in attracting investments today is the Minimum Alternate Tax (MAT). Because what happens is, you have some incentives —locational, industrial and various other types—but companies cannot enjoy them because they are hit by MAT. The MAT rate should be reduced. It was a tax which made some sense when it was introduced at 7.5 percent. But gradually the government kept raising it. Now it is at a very high percentage of the normal tax rate. The highest tax rate is 30-something. To have it at 20-odd percent—because it’s 20 percent plus surcharge—is too much.

The other thing it should do is take on the tax administration. The government should learn to treat taxpayers as customers like businesses do, not as adversaries. Unfortunately, for many years, this adversarial tax mechanism has been going on in India. It puts people off, and certainly puts foreign investors off. I know that when those retrospective legislations were brought in and all those other stories about the Indian tax administration got around in global boardrooms, when managers brought in proposals to global boards, in many cases, the boards said, “Not India”. We must, therefore, make people comfortable about investing in India faster. The proposals on black money are also something which give too much power in the hands of the inspectors and income tax officers and could be misused. Any legislation which says you should prove yourself innocent is totally incorrect and against our jurisprudence system. That legislation certainly needs a lot of modification. 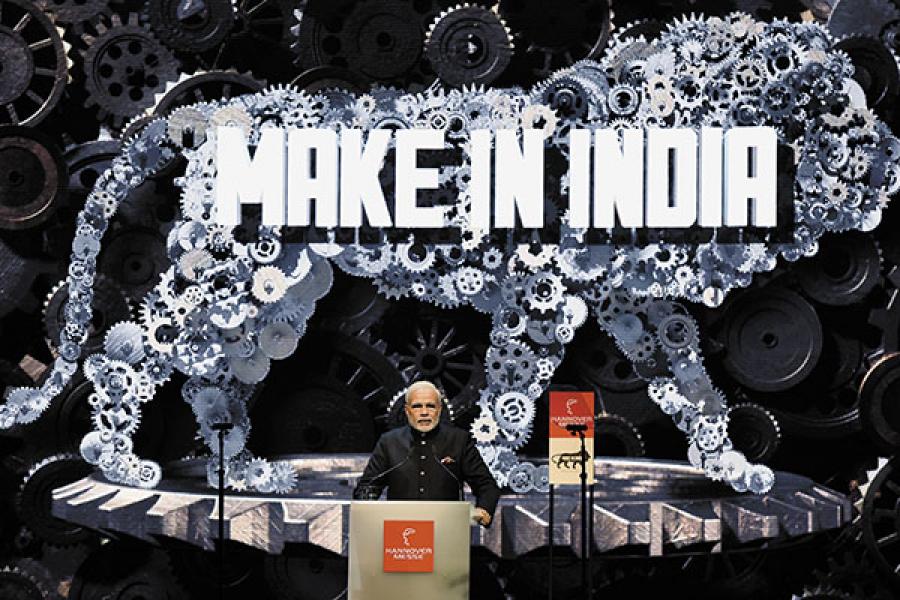 There are various other things as well. Actions on the part of Hindu extremists should be controlled. They have created a very bad impression, especially the actions against Christians which have been written about in the global media. The good thing is that the prime minister has sometimes expressed his angst against such things. And in cases where he has not openly expressed himself, you know indirectly that he is against some of these moves. But he should get a bit more active on this front.

Some actions on ‘Make in India’ are definitely playing out in the right direction. The Swachh Bharat programme is also a very good move, as is the concentration on women empowerment. But ‘Make in India’ will take time. Clearly, there is a huge opportunity to encourage manufacturing strongly in India. This goal of having manufacturing salience in GDP at 25 percent by the next seven years is a good one. Even if we can’t achieve it and end up a little lower, we can extend the period, but we surely should get to that level eventually. If GST comes in, it will help manufacturing. Currently a lot of manufacturing gets discouraged because of the multiplicity of indirect taxes. GST will help exports considerably because all indirect taxes can then be refunded at the time of the final export. It happens only partly now. If the labour laws are amended well, that will help too. I am not saying do not protect labour, I am saying do not discourage hiring people. That is what our labour laws do today. People think twice before starting a new manufacturing unit: What will I do if it’s not successful? I can’t lay off people. So there must be proper methods like there are in other countries. Inspector raj should also be overcome so that manufacturing becomes simpler and the ease of doing business in manufacturing improves. The global situation is such that today, in China, labour costs are rising. This is a good time to implement such moves. It’s a very good time for Indian manufacturing to take centre stage and ‘Make in India’ is a very good initiative.

On the Land Acquisition Bill, I am entirely with the government. This Bill originally did not even exempt defence. What if you need to put up a new defence establishment? This is just one example. Secondly, compensation has not only been kept the same, but has also been clarified to be better. Why should you set up a new unit only if a very large percentage of the farmers come? That will automatically mean that there’ll be many holdouts. So you should do it in such a way that it’s fair to the farmers and the project can also be put up. Otherwise there won’t be development. What people forget is that land is going to be extremely important in India. We are the most densely populated large country in the world. There’s only one other country with a population of more than 50 million, which is more densely populated, and that is Bangladesh. We are more densely populated than Japan now. Even if we industrialise tremendously, the amount of agricultural land required for manufacturing, housing and other activities will not be more than 10 percent of all the agricultural land. So it’s not a big amount of farmers’ land that is going to be taken over. Earlier, the compensation was niggardly. But if there is compensation, I think these amendments are good. The opposition by the Congress to the Land Acquisition Bill is entirely political.

Talking of opposition, I don’t think the lack of numbers in the Rajya Sabha should actually impede reforms if the government is clever. It can call a joint session of Parliament which may be a bit difficult logistically but can be done. Fortunately, it passed some of the other bills in the Rajya Sabha too. It should manage Parliament a little better.

On whether there’s too much concentration of power in the hands of the Prime Minister’s Office (PMO), it depends on how you look at it. Earlier, there was very little directive from the PMO and we were complaining. I think a strong leader is a good thing.

(As told to Sourav Majumdar)

Tweets by @forbesindia
After a year in office, Modi must reset expectations, recalibrate priorities
AM Naik: The govt's big infrastructure push