The government has nurtured the enabling environment to launch large projects. Now, it is time to execute these master plans 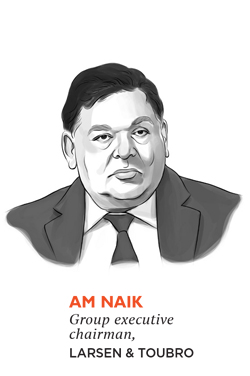 The Indian general election of May 2014 was a watershed in the country’s history for multiple reasons. It was a decisive verdict—lifting as it did, for the first time in decades, the precarious balance of coalition governments. It was a mandate for change, and opened the floodgates of country-wide expectations. Nowhere is the weight of expectations as acutely felt as it is in infrastructure.

The government was expected to transform a troubled infrastructure sector into a frontrunner with a few bold strokes. But realistically, we know that there is no magic wand. Re-booting a country’s infrastructure needs far-sighted planning followed by rigorous implementation. I believe this government has pointed the compass in the right direction and on the first anniversary of coming to power, I would like to congratulate it on its accomplishments.

It is universally recognised that infrastructure underpins the economy. The performance of a host of other sectors—agriculture, consumer goods, logistics, pharmaceuticals, tourism and so on—rests on the shoulders of a country’s infrastructure.

A glance at the positive side of the ledger will show us what the government has done since it took charge: It has fast-tracked the construction of freight corridors and proposed master plans for Sagar Mala (interconnecting coastal cities via road, rail, ports, etc.), smart cities and the cleaning of the river Ganga.

In addition, a number of road and transmission projects have been ordered, some power projects have been awarded to public sector undertakings (PSUs) and, as I write this, the Ultra Mega Power Projects (UMPPs) bidding guidelines are in the last stage of being finalised.

The government has focussed on framing policies and promulgating laws primarily with two characteristics: They have to be transparent and should be in the interest of the public.

Some of the policies that stand the test of transparency and public friendliness are the coal mine auctions and the Mines and Minerals (Development and Regulation) Amendment Act. This has instilled hope and confidence in citizens, as well as in India Inc, of good days ahead, reflected in the buoyant mood of the nation and soaring stock exchange indices.

From a global perspective, Prime Minister Narendra Modi and his team have made substantial progress in strengthening relationships with other nations. Such bilateral bridge-building should be a great boost to trade relations in the future.

Further, the government is working on encouraging investments in India by bringing down certain entry barriers, promoting foreign direct investments (FDIs) in appropriate sectors and simplifying tax regulations for foreign entities in India.

The prime minister’s ‘Make in India’ initiative has opened up investment opportunities of an unparalleled quantum in the manufacturing sector. The Indian private sector has welcomed this whole-heartedly as it allows its participation in areas like defence, which was not encouraged earlier. Larsen & Toubro (L&T) had invested ahead of time in world-class facilities to manufacture critical equipment for the strategic sectors of defence and nuclear power. With the prime minister’s initiative, we are well positioned to partake of its benefits.

L&T, being India’s leading engineering and construction company, has been associated with the government for infrastructure projects such as the construction of roads, power plants, transmission lines and airports, among other things. It has always supported the government’s infrastructure initiatives and is now eager and equipped to ‘Build India’ and contribute to the country’s growth.

The domestic business trend of our company has been representative of India’s growth curve. In the past few years, L&T has adapted well to the slowdown by expanding its international business to 25-30 percent of its revenues. Now, with the business environment improving in India, it has renewed its focus on domestic business. We pride ourselves in having successfully shouldered our responsibility towards all stakeholders and, most importantly, the nation. 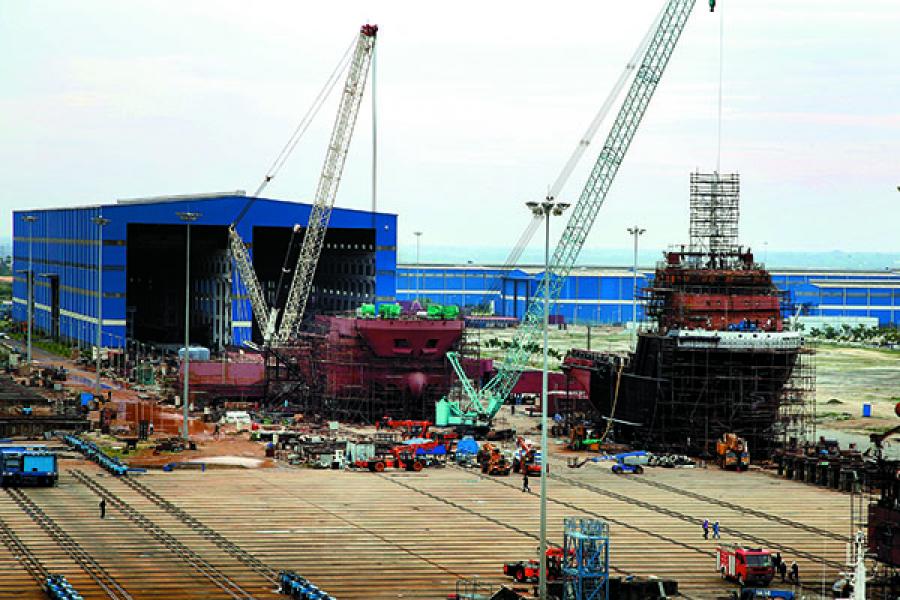 Image: Joshua Navalkar
L&T’s shipbuilding yard in Chennai. With the ‘Make in India’ initiative, there are now huge investment opportunities in the manufacturing sector

Over the past one year, I would say that the government has prepared a strong enabling environment and a platform to launch and execute large infrastructure projects. With the framework in place, it is now time to execute these plans on the ground. Our finance minister, Arun Jaitley, has expressed confidence in India achieving GDP growth rates of 9-10 percent. For this unprecedented growth, the government realises that the mode of implementation of infrastructure projects and the role of public and private sectors are key aspects that should be deliberated on and finalised.

A majority of the private sector is currently destressing its balance sheets after having over-aggressively bid and won power, road, rail and other build and operate projects. These projects have been executed and have provided wafer-thin to no returns till date. The government seems to have homed in on a two-pronged approach to executing infrastructure projects—through investment by PSUs and public-private partnerships (PPPs). This guarantees the Indian government’s support to the project and also brings in investment from the private sector. In addition to it being a synchronised effort, this mode of implementation ensures transparency in the awarding of all projects and a robust mechanism for sharing risks and enjoying returns. The government is working closely with the Reserve Bank of India to provide competitive interest rates and favourable terms of financing to project developers, and is also pushing reforms in the Arbitration and Conciliation Act to minimise or eliminate project delays.

To ensure smooth execution of large infrastructure projects with innumerable stakeholders, I staunchly advocate strong and separate monitoring groups for projects under their respective ministries. A member of an association like the Confederation of Indian Industry (CII) or Federation of Indian Chambers of Commerce and Industry (Ficci) could be co-opted in each monitoring group so as to ensure the availability of reliable inputs that reflect ground realities. The government could then respond to the feedback received on the practical difficulties being encountered. The group can also assist in the resolution of all project-related issues under their respective ministries and also eliminate the usual delays caused by the lack of timely approvals.

In the near future, I look forward to more policies that are in the interest of infrastructure, holistic development, inclusive growth and with attention to detail and a high level of discipline when it comes to implementation. The prime minister, having been successful as the chief minister of Gujarat, is well aware that the benefit of building infrastructure is not only huge employment opportunities for skilled and unskilled manpower, but also the creation of a platform on which other industries can grow, thereby playing the role of an employment and prosperity multiplier.

But that also tells us that the canvas of opportunities is vast. In Year One, the government has got its strategy, vision and policies right. In the remaining four years of this term, I feel it will focus on execution and measure up to the expectations of the people of India. It will then be honouring the overwhelming mandate received in the summer of 2014, redeeming the trust of the country’s teeming millions and laying the keystone in the edifice of a new India.

Tweets by @forbesindia
Adi Godrej: The govt should treat taxpayers as customers, not adversaries
Anupam Mittal: Are we becoming a 'ban ban' republic?