Anupam Mittal: Are we becoming a 'ban ban' republic? 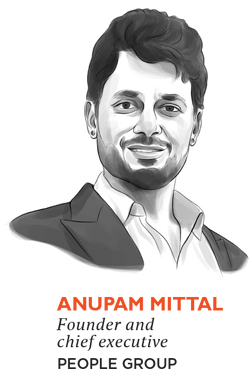 Ihave often said that leadership starts with inspiration and that before you give me an idealistic, honest and hardworking leader, give me one who can move me. A leader who can create a shared vision and inspire me to abandon my cynicism and to believe once again. I remember as a child, if I happened to walk by the television screen, and Indira Gandhi was giving a speech, I usually stopped to lend an ear. It was not an interest in politics that attracted me. It was simply a purposeful voice that spoke with so much conviction that it made me listen. For all her shortcomings, you cannot take away the fact that [Indira] Gandhi was truly inspirational. Since those years, I have longed for a leader of equal footing in 7, Race Course Road. On that account, [Narendra] Modi has not disappointed.

However, as we take stock of the NDA government in its first year, the one thing that stands out is the gap between promise and action. One can accept that a country like India takes time to change. That our bureaucracy, institutions and vested interests are too deep rooted to wish away in a year. That transforming India is nothing short of a miracle which will take time. What is harder to understand though is the growing gap between what is being said and what one sees on the ground. Modi and his political party appear to be pulling in different directions. 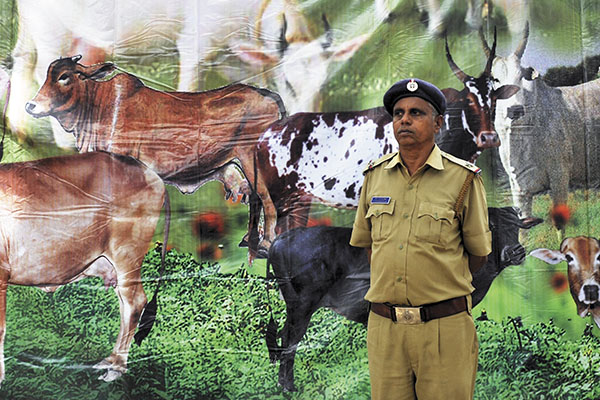 Image: Getty Images
The ban on beef imposed by the BJP-led Maharashtra government has come under fire

While Modi propagates an image of a liberal and progressive India, the party and its workers appear hell-bent on taking regressive steps. Just in the last few months, we have had a beef ban, a ban on the documentary India’s Daughter, a ban on cuss words in Bollywood, an alarming response to the Supreme Court’s squashing of Section 66A. Are we going from an often wrongly-labelled ‘Banana Republic’ to a ‘Ban Ban Republic’? To be truly democratic, a country requires several ingredients in addition to the government being elected democratically. I have tried to score the Modi government on some of these issues. There is a need for a strong and independent judicial system (10/10 at least in higher courts), a vibrant and unbiased fifth estate that encourages debate and dissent (7/10 on that front), equal opportunities and liberty and freedom for all (2/10), transparent and open institutions (5/10 and that’s because of RTI), universal health care and education (3/10), and perhaps, digital access for all (6/10).

While all of this will take time, there are two forces that have the potential to provide the tailwinds amidst which the NDA can undertake the more difficult and time-consuming reforms. The first is the unifying of India as a market through GST. It is clear that the government too has recognised the boost this can provide and is leaving no stone unturned to achieve the same. By some estimates, a uniform GST can add one percent to India’s GDP. What is less recognised is the potential for a digital transformation to add another 200 basis points to GDP. India has a unique position in that it can leapfrog the developed world and embrace the latest digital technologies. If we build super-fast digital highways, required to conduct all forms of activities—government, education, business and social welfare—and make these available at a nominal cost to every citizen, the impact would be tremendous. I believe that India has the highest quality of entrepreneurs in the world and if they are given a level-playing field along with an enabling ecosystem, they will provide much of the fuel required to transform the lives of 1.2 billion people.