India needs to make that big leap in sports too as it seeks to become a global superpower. For that, the PM must give it the push it needs 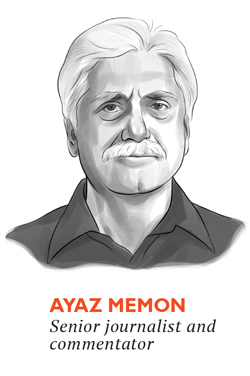 Prime Minister Narendra Modi’s meeting with International Olympic Committee (IOC) President Thomas Bach on April 27 did not throw up the dramatic development so many had been anticipating. For several weeks before the two met, sports aficionados in the country—indeed, the entire sports universe—had been buzzing with speculation that India would bid for the 2024 Olympic Games.

“It is maybe a bit quick for India to successfully host the 2024 Games,” Bach told the media after the meeting, adding though that he had inquired from Mr Modi of his interest, but that the prime minister too believed the country was not quite ready. The deadline for submitting the bid is September 15, 2015, which gives the Indian government less than six months to work out the feasibility of such a mega-project. This was always going to be a challenge in itself apart, of course, from other constraints.

From an economic standpoint as well as the politics that governs the IOC, any bid by India would have found itself in a whirlpool of problems. Conservative estimates suggest that hosting the 2024 Games would cost upwards of $25 billion, which a government with less than a year in office would have found difficult to justify.

More crucially perhaps, the IOC would have found it extremely difficult to get a bid by India past other countries vying for the Games. Japan is to host the 2020 Olympics, China has got the 2022 Winter Games and for another Asian country to get the nod for the summer of 2024 would have been next to impossible, such is the fierce lobbying that rules.

While it is not uncommon for heads of state to get embroiled in bidding for the Olympics, even the most powerful are not guaranteed to have things going their own way, as US President Barack Obama learnt when making a pitch for Chicago for the 2016 Games which ultimately went to Rio de Janeiro.

For all that, I would have liked Mr Modi to choose adventurism over pragmatism. The bid for 2024 may never have gone through (though I suspect the IOC, as with other international sports federations, sees India as a great market to exploit), but it would have shown intent—externally and internally—that India is ready to be a global leader.

That really is the crux, in my opinion, and not just limited to sports. Sporting excellence represents soft power, which is as crucial as economic and military might. It adds to the physical and psychological health of a nation, enhances the joys and prestige of its people, inspires them to do better in other walks of life too. Indeed, there is barely a strong county in the world which is not advanced in sports too. I was in Japan last month, and people of a certain vintage I met spoke even now with great feeling about the 1964 Tokyo Olympics. These Games announced Japan’s recovery from the ravages of World War II and the coming of age as an economic power. The world saw the country differently thereafter.

India needs to make that ‘Big Leap’ in sports too as it seeks to become a global superpower. In that context, some delay in bidding for the Olympics is no setback if the preparations are set in motion. Mr Modi, after meeting Mr Bach, said he has the IOC’s “support in making India a hub for sports infrastructure and technology”. This suggests the possibility of an Olympic bid in four years.

But to make it worthwhile, the government must have a more robust and broader vision than just creating massive stadia et al (which becomes a white elephant over time) or getting cutting-edge technology (which may find poor application) if there is not enough participation by people in sports. Given India’s demographic profile, in the short to medium term, champions will emerge only from large numbers of people taking to sport.

Of course, the spend for sports in the annual budget must go up as it remains dismally poor, showing the low priority of the government (past and present) towards this sector. For instance, last year, the government increased the sports budget by Rs 400 crore, but almost the entire amount was for the creation of a sports university in Manipur. While that is laudable, it is just not enough. Excellence in sport in the modern world does not come cheap. But just spending money is not the panacea, else many of the Middle East countries would have been producing more world champions than most. Essentially, the thrust of the government should be, through administrative and socio-cultural measures, in transforming India’s ethos into that of a sporting nation. 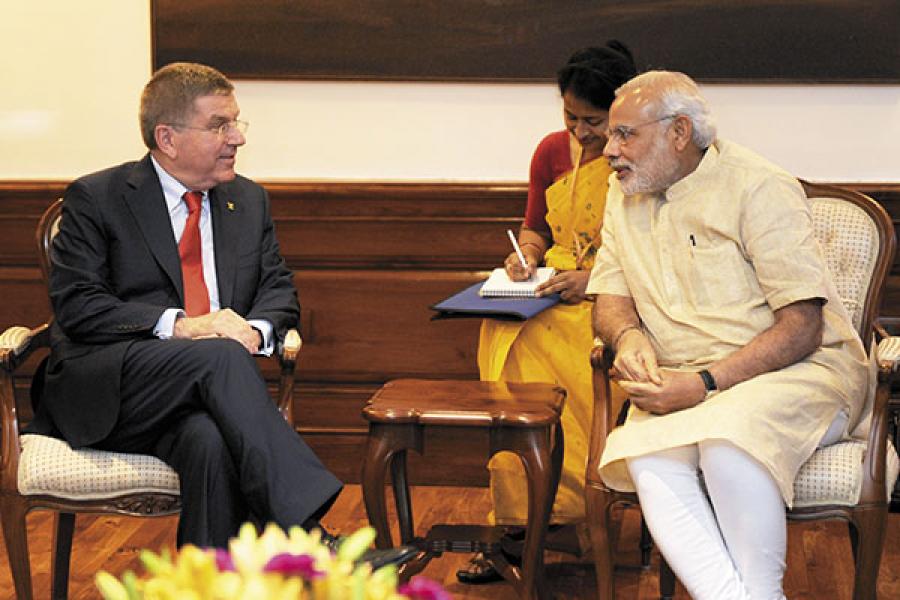 How do I see this happening, what do I expect the government to do? These are some proposals that I’ve long argued for:

Dissolve the sports ministry, create a National Sports Council (NSC): The ministry has been hugely ineffective over the years. In several earlier governments, it was seen as a punishment posting, and even now, it is seen as an assignment for ‘juniors’ who may actually have no clout. The NSC would be funded by the government but run independently, with a full-time CEO answerable to the council. Apart from some sportspersons of renown, also include some members of extraordinary credentials drawn from other walks of life. The NSC would report directly to the president or the prime minister.

It will also have wide powers. Apart from interfacing with the health and HRD ministries vis-à-vis the national vision, it will look at infra, education, competitions, the audit and compliance of national federation to optimise performance and progress. According to a robust rating system, budgets to federations (and its athletes) will be raised, retained or slashed based on performance. But federations will be largely expected to raise their own finances through private sponsorship. The NSC has been hugely successful for Australia over the years. Unlike China, where the state has supreme authority, or America, where private enterprise has to be exploited for all finance, this is a mid-way system which seems best suited for India. Crucially also—and this was the main reason why Bach had come to India—the autonomy of various federations and the Indian Olympic Association (IOA), which reports consistently to the world bodies governing the sport, is not compromised. However, this system makes them accountable for the money/grants they receive from the government, thereby increasing transparency.

Make sports compulsory in schools and colleges for males and females: While this is often taken for granted, in practice, this is seriously lacking: For reasons of infra, enthusiasm, diligence, whatever. More so where girls/women are concerned. Promulgated as a national policy, state governments will be compelled to adhere to it. The more important aspect here is follow-up. The NSC and/or the HRD ministry could oversee this and any institution in the breach should be penalised heavily.

Provide major thrust for sports in rural areas: Despite rapid urbanisation, rural India is unlikely to vanish even in a couple of decades. The talent available here remains untapped because of poor facilities as well as socio-economic reasons. This talent should be spotted and nurtured by creating multiple hub-and-spoke models across the country between villages and cities for sporting excellence. It becomes part of the HRD ministry’s agenda in conjunction with various federations and the NSC.

Create an ‘Indian Institute of Sports’: A la IITs and IIMs, this will focus on expertise in nutrition, fitness, sports science and medicine, etc which help develop elite athletes. This should be run by the HRD ministry, and tapped into by the national federations.

Evolve a sports Anti-Corruption Law: This has been proposed in the recent past when scams erupted, especially in cricket (though not restricted to just that sport), but is yet to be made into a law. Money in sport in India has grown exponentially in the past decade and is expected to reach $6-7 billion in size in the next decade. While this is fantastic, such rapid growth also brings with it a grisly underbelly which can damage not just the sport, but also the reputation of the country. A zero-tolerance law—along with legalising betting—should stymie corruption to a large extent.

That said, a government can only do that much. Infra, coaching, money, etc can be great props in achieving sporting excellence, but the desire and the willingness has to come from the people themselves. This requires a socio-cultural inspired shift in mindset. For instance, if girls and women can’t participate in sport, it debilitates the dream of becoming a sporting nation. If 50 percent of the population is debarred on whatever grounds, this will remain a pipedream.