Photo of the day: Boundless joy 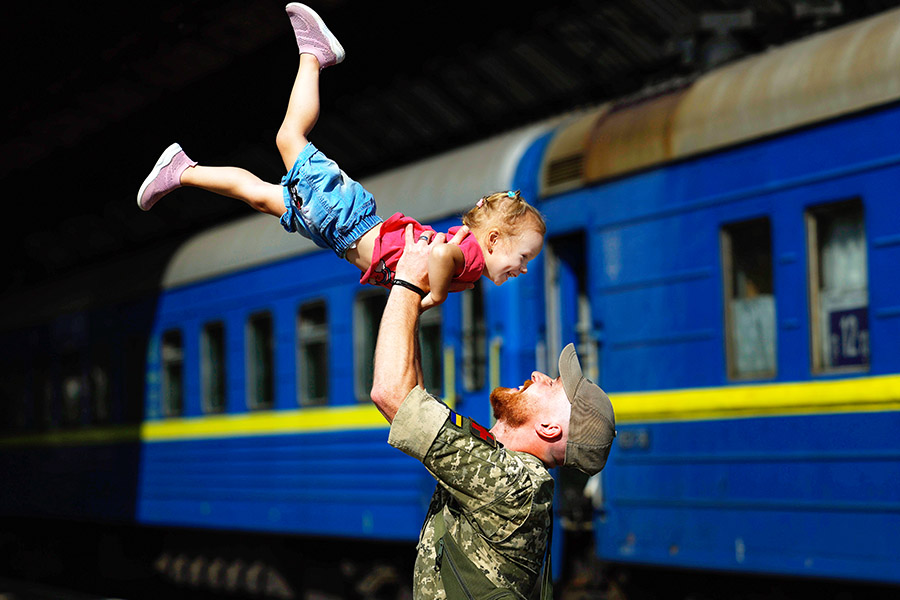 Ukrainian soldier Oleksandr lifts his two-year-old daughter Nikole after they disembarked from a train at Lviv railway station in Ukraine on August 25, 2022. Ukraine is now in the seventh month of war since Russia launched its large-scale invasion of Ukraine on February 24 this year. Lviv has been spared the brunt of that attack, which has focused on central and eastern parts of Ukraine, but the city has been targeted periodically by missile strikes.
Image: Jeff J Mitchell/Getty Images