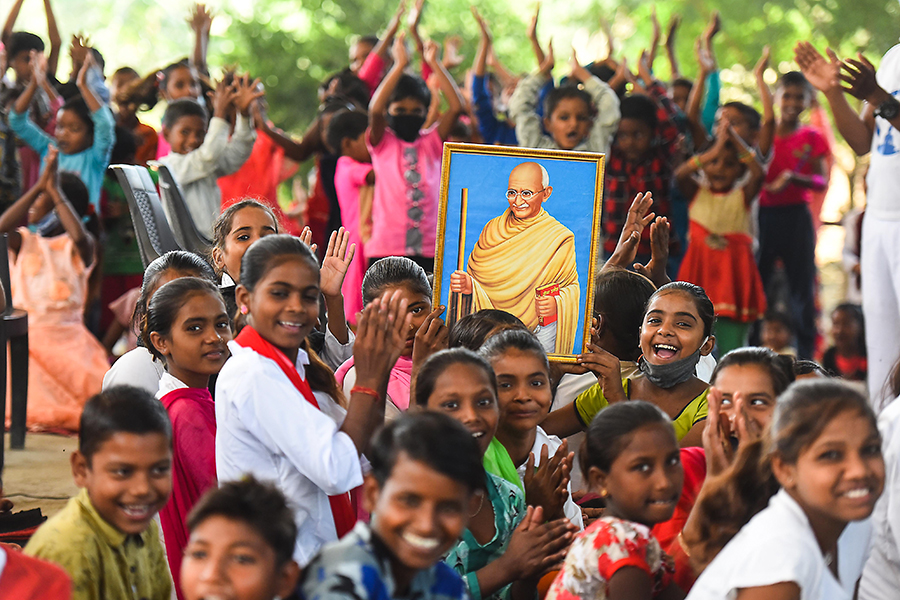 Students of Panchsheel Shikshan Sansthan celebrate Gandhi Jayanti at Panchsheel Shikshan Sansthan in Yamuna Khadar, Mayur Vihar, on October 2, 2020 in New Delhi, India. Born on October 2 in 1869, Mahatma Gandhi is one of the most revered leaders in India and across the world. He is known as the Father of the Nation for his role in the countrys fight against the British, which led to India gaining freedom in 1947. Throughout his life, Mahatma Gandhi gave a message of non-violence and inspired people around the world to follow the path of truth.

Tweets by @forbes_india
News by Numbers: Shocking reality of how often crimes against women are committed
Photo of the Day: Death of the cruise