Showing strength and effectiveness in leadership will send the right message to all the stakeholders, including foreign investors 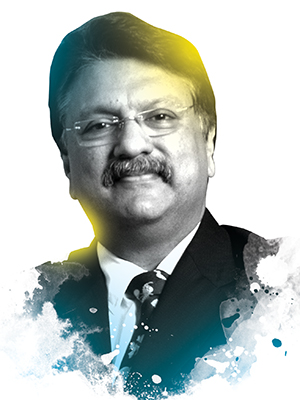 There is a high expectation that when the government changes, the country will start moving ahead. I just came back from the United States and met many big investors. Today, people feel among the emerging markets, India is the best place, provided the government gets its act together. For that, the immediate need is to get the economy back on track.

All the emerging markets are weakening while India has still got strength. (India and Indonesia have seen steady foreign investment in recent months.) Brazil is going through a difficult time; investors are not willing to invest in Russia; there are question marks about China too. Hence, the western world would like to invest in India.

We have to give the signal that foreign direct investment (FDI) is encouraged in India. If there are certain issues such as FDI in retail, the final decision can rest with individual states, but let there be FDI. A clear signal has to go out, not only in retail but also in many other sectors where foreign investment was supposed to be allowed. This will increase confidence in the system.

For instance, we have to create more jobs in manufacturing. We can do this through FDI as banks are clogged up; there is no money available with banks which are starved of capital because of large non-performing assets. The government will have to find a way to infuse capital in public sector banks so that the economy starts moving again and manufacturing growth improves.

The Land Acquisition Act has to be reversed to boost manufacturing. I don’t know how this will be done, but the government needs to find a way,  otherwise we will be stuck. Infrastructure projects that have been halted or where no decisions have been taken have to be dealt with. The right groups have to be reached out to when it comes to awarding subsidies, a fair chunk of which goes to people who don’t need those subsidies. Why should I get one, for example, on diesel? 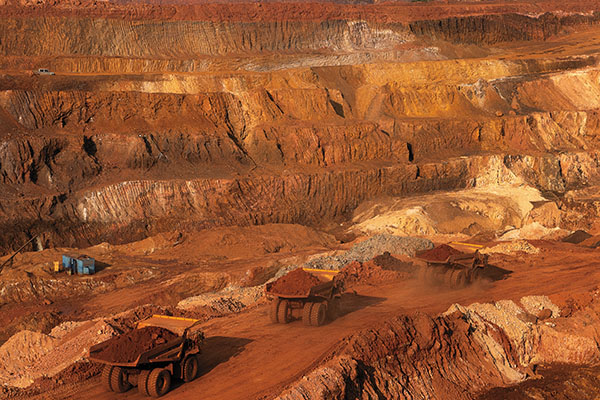 Image: Vikas Khot
Investor confidence will be built by taking decisions like removing blockages and addressing mining and export bans

The bureaucracy has to be empowered to take  decisions, with the backing of politicians and ministries. The most obvious examples that come to mind are the ban on mining (in some states) and that on exports of certain items. Issues of blatant disregard for the environment can be sorted out efficiently so that artificial blockages are removed. This should be the new government’s immediate course of action. This is all low-hanging fruit.

The way investor confidence will be built is by sending across a message that we are taking decisions, be it by removing blockages or by addressing mining and export bans. The government has to be decisive unlike the previous regime which did not function effectively. Everything was vested with this empowered group of ministers who did nothing. You need to have a leader who can take decisions.

Coalition has been given undue importance. A bit of a myth is being created that because of coalitions we are not being able to move forward. If the coalition partner misbehaves, you pull them up. In the National Democratic Alliance, the Bharatiya Janata Party had 182 seats under former Prime Minister Atal Bihari Vajpayee. How were decisions being made? It is the leadership which is important.

I’ve heard that Mr [Narendra] Modi says: “Less government, more governance.” I agree. The policy should be clear. One of the causes of corruption is, because policies are not clear, they are not uniformly applicable. Different rules apply for different people. This has to be addressed. By acting quickly, the government can send a clear signal that corruption will not be tolerated. Some big corruption cases have to be taken to their logical conclusion. Convict those who have been found guilty. A case that hangs for years vitiates the atmosphere and, also, gives a sense that nothing is getting done. This large-scale corruption has spoilt everything in the last 10 years. I have never seen so much corruption.

Over the next decade, I would like to see things happen. First, creation of jobs needs to be addressed. Then, antiquated labour laws have to be reworked. If it cannot be done at the Centre, give the power to the states. Let states compete with each other. Second, the quality and availability of education is very poor and needs to improve. There is hardly any leeway for the education sector to move —it has to be loosened. Third, India has to boost health care. The country spends under 4 percent of its GDP on health care. The other extreme is the US, which spends close to 17 percent with a much larger economy. Fourth, poverty alleviation is a must.

I don’t know how much of this will happen, but if there is a right government in place, some movement will take place. It takes time in India, it does not happen overnight.

(As told to Sourav Majumdar and Salil Panchal)