India's economic policy has worked hard for the rich. A new approach is needed to serve the rest and must go beyond the wish list of India Inc 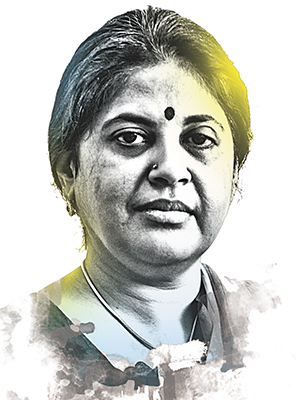 Rama Bijapurkar is a leading market strategy consultant, she specialises in consumer behaviour and has authored books on the subject; her latest book is A Never Before World: Tracking the Evolution of Consumer India. She also serves as an independent director on the boards of CRISIL, Infosys, Godrej Consumer Products and Titan Industries

It’s time to think about the Indian economy not as some prize stud bull that has vital statistics we can all be proud of, but as an instrument of improving the lives of all Indians, steadily, year on year, and giving them the resilience to withstand the inevitable down cycles and shocks. Growing faster than others or breaching a GDP growth target number does not automatically achieve this. The test of a good economy is also not what heights the Sensex has scaled, especially when the gap between it and the real economy is so wide.

Today, most Indians do not have regular monthly-salary paying jobs. They have some form of self-employed livelihood on which they live—modestly in good times and badly in bad times. Most don’t work in the formal sector (though the share of noise of the formal corporate sector is far greater than its miniscule share of employment). Most do not have social security in any form or savings or access to pension or healthcare. Most are not favoured customers for banks: The cost-income ratio they offer and their lack of collateral for loans makes them dull, and their vulnerable financial situation makes them high risk. Most will not be customers served by the new FDI, which will mostly come into modern high-end manufacturing and not create a large number of jobs for these people either. A quarter of urban India lives in slums and the urbanisation we are so pleased about is merely de-ruralisation, based on Census definitions of urban and not urban.

Policy so far—and much of the retail finance activity—has worked hard for the top 50-70 million households. It has barely helped the remaining 150 to 190 million households. To take advantage of policy-created opportunities, they must graduate to becoming upper class. Such graduation needs money, education and financial inclusion that they don’t usually get. Much-touted policy initiatives such as abolishing FDI caps in, say, private insurance companies will, if truth be told, not really improve the financial well-being of people below the top 50 million. Plenty has been said about how FDI in retail will benefit the small farmer and the small-scale supplier. A proper calculation will show (and we demonstrated this in a previous article in this magazine, Decoding the Detail in Retail , October 2012) that the number of suppliers and farmers would be a small proportion of the total number that exists. Slaying beautiful hypotheses about the trickle-down magic of the market economy with ugly facts elicits the label “lefty”. 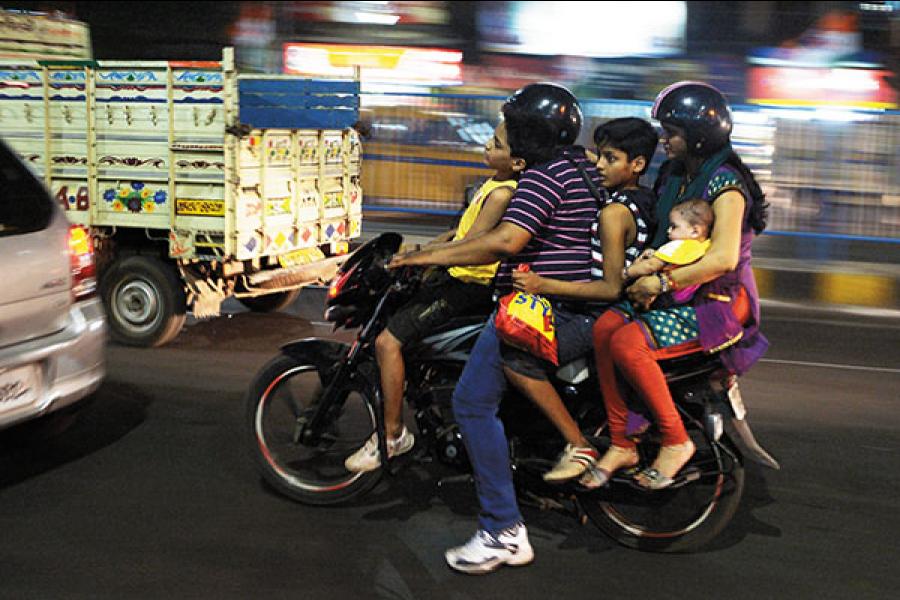 Image: Getty Images
Policy so far—and much of the retail finance activity—works hard just for the top 50-70 million households, leaving out the remaining 150 to 190 million
However, the ‘lefty’ welfare state hasn’t touched too many Indians either. MNREGA has reached 45 million households, which add up to around 20 percent of Indians and only provided them with a meagre additional annual income of Rs 5,000. Yet it cost Rs 33,000 crore and has not created anything sustainable by way of equipping people to earn on their own after a while.

So, essentially, we have a top 20 percent of Indian households, which is the beneficiary of market-friendly polices and the darling of business, and a welfare state of sorts for the bottom 20 percent; the middle 60 percent is left to fend for itself in a world of self-employment with no financial inclusion and no social security.  Middle India, above the mammaries of the welfare state and below the munificence of the market economy, is policy’s blind spot. These people are shouldering a greater share of the pain as subsidies for fuel and LPG and electricity get withdrawn. They also suffer from the lack of creation of regular jobs. For a harmonious society (which is a part of good economics) we have to deal with them soon.

Embedded in this 60 percent is the ticking time bomb of young people who are unemployed, angry and somewhat educated but have no skills. These are about half of the total 15-to-24-year-olds we have. FDI will not create jobs for them, IT exports will not either. We have missed the low-end manufacturing bus, and no one is lending to low-end service businesses. The various skill development missions haven’t disclosed their strategy and their outcomes as yet, so we don’t know if good news is in the offing. One suspects not. And angel funding is miniscule and mostly tech-focussed.

So what should the priorities of the new government be? Of course, drive harder the current market-friendly, competition-friendly, big corporate investment-friendly policies to boost the upper class Indian economy. These will boost the earning, spending and saving power of the top 20 percent and can deliver happy GDP growth rate numbers in themselves. But that’s not enough. New policy solutions are needed to work for the rest of Indians. What will it take to help them earn more? Can we have an investment-employment–skilling/education–financial inclusion–labour policy plan to come together coherently, rather than residing in different silos?

A portion of self-employed micro entrepreneurs will go up the value chain themselves. They are smart, keen to learn and full of ideas. But it is necessary to address financial inclusion for them, which has not yet happened and, in a country of enterprise and aspiration, this is a huge lacuna. The thinking around financial inclusion needs desperate overhaul. Yes, the unbanked rural needs a branch, but the urban micro entrepreneurs are also left out in our overbanked cities.

Roads and public transport is another low hanging fruit ingredient to this 80 percent (of people) solution the new government needs to start work on urgently. And make cities safer—another factor that gets more women out and earning a living without fear.

The new dispensation must be ready to acknowledge these unpopular truths; they must also recognise that policy solutions for the task on hand need to have multi-disciplinary teams working on them and have to be innovated beyond the wish list of India Inc and their chambers of commerce.

Tweets by @forbes_india
5 People For Whom the Tide Turned Over the Last Five Years
The High Fives: Best of Forbes India Stories