Can Indian tech startups fill in the vacuum and convince investors to take bigger bets on them? 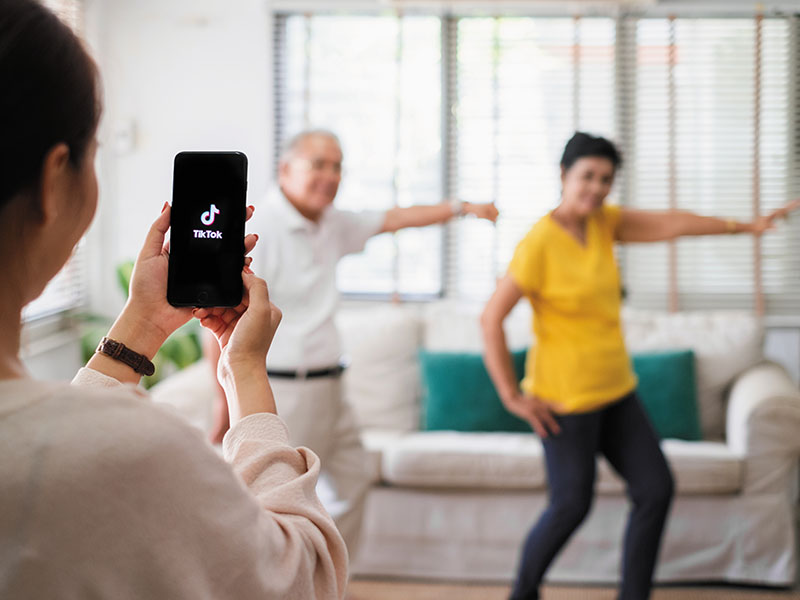 The ban on Chinese apps like TikTok provides Indian entrepreneurs a chance to build a digital business by creating world-class solutions
Image: Shutterstock

India’s ban on 59 Chinese-owned and operated mobile apps can have two-pronged ramifications: Experts whom Forbes India spoke to say on one hand, it reflects the emerging realpolitik between the two most populous nations in the world shifting to the digital arena; on the other, it could be an opportunity for India’s tech startups to build platforms that are global in scale, but also respect user privacy.

“The ban highlights the importance of cybersecurity as part of geopolitics,” says Mishi Choudhary, a technology lawyer and founder of the law firm Mishi Choudhary and Associates. As offline and online lives converge, politics, foreign policy and trade relations will increasingly get entwined with what happens in the digital world.

Nitin Pai, director of The Takshashila Institution, an independent centre for research and education in public policy in Bengaluru, points to the geopolitical angle to the ban: “By choosing to retaliate in a domain different from the Himalayan frontiers, New Delhi is signalling that the ‘business as usual’ approach, where trade and investment were pursued agnostic to politics, is at risk.”

Adds Pai: “China’s great firewall blocks Indian content and users from accessing the Chinese market; China has long blocked foreign apps and is hardly in any position to complain when given the treatment it reserves for others. In geopolitical terms, China’s aggression is witnessing the evolution of a countervailing coalition. In cyberspace terms, if China insists on firewalling itself out of the global internet, India has made it clear that it will not be part of the digital Sinosphere.”

Governments now see digital platforms and companies as pillars of national power, as an immense national security intelligence resource and therefore their strategic ally. China, an autocracy and a great proponent of ‘digital sovereignty’, has always favoured domestic private market entrants for its own people. It has never played fair and now wishes to export its human-rights flouting values to other attractive markets, which other nations will not allow, Choudhary adds.

Chinese companies—especially in the presence of Chapter VI, Article 77 of the Chinese State Security Laws that sets out an obligation on organisations and individuals to provide assistance with work related to state security—will always arouse suspicion, she says. Further, the ban highlights that in the absence of a robust privacy framework and laws, this is the only way the Indian government had to act on the information it had received.

Steps taken by the Indian government, such as announcing the ‘Atmanirbhar’ (self reliance) App Innovation Challenge, suggests it has a strategy to make India digitally secure and independent, says Naveen Tewari, founder and CEO, InMobi Group, an online advertisement platform and technology provider.

While the ban has come in the midst of the Covid-19 pandemic, “it will certainly pave the way for more homegrown startups to launch Indian equivalents of the banned apps”, said Roma Priya, founder, Burgeon Law, who has helped many Indian startups on legal matters. Overall, this increase in ‘Make in India’ products and services will contribute significantly to the country’s economy since an increasing number of startups will look to fill the gap created by the ban of the Chinese products.

In the long term, however, without a Data Protection Law that ensures no player—whether Chinese, American or Indian—can compromise privacy for Indian citizens, India will be talking a hollow game, says Choudhary.

InMobi’s Tewari adds: “The primary issue seems to be one of citizen data being surreptitiously taken and transmitted to servers in another country, which could pose a threat to India’s security. In a world that is largely online, cyber threats are a credible reality. The combined user base of some of these apps was in excess of 400 million, which is virtually India’s smartphone population.”

Now, to the silver lining: This ban provides Indian app developers and entrepreneurs a chance to build a digital business by creating world-class solutions. It also provides existing players across social, messaging, utilities and gaming categories to spread their wings farther, Tewari says, giving the investors an opportunity to step in and fuel the ecosystem.

While it is not easy to immediately decide on who will benefit from this ban, it does appear that the benefits are for India, Priya says. The ban brings forth a plethora of opportunities and is in sync with the ‘Aatmanirbhar Bharat’ revolution spoken about by the prime minister. Indian tech experts are highly skilled and appreciated across the globe. This might be the perfect time for aspiring entrepreneurs and professionals to make a mark of their own in a highly competitive business environment. Another key aspect is that users of these homegrown apps will not need to worry about their data being siphoned off without their consent, she adds.

Indian companies could benefit to some extent, says Choudhary, but only if we can build attractive, reliable products that are part of a for-profit, pro-privacy IT ecosystem for humanity. “Otherwise the loser is always the consumer.”

India has had a digitally open border so far. Given the nature of the Indian economy and the general affluence level in the country, monetising digital properties in the country hasn’t been easy. The average revenue per user (ARPU) is significantly lower in India compared to markets such as the US and China, Tewari says. This means global businesses are able to cross-subsidise Indian operations with their global operations, garnering a significant market share. The ban removes that dynamic from the market with respect to at least one set of players.

This development can potentially be a catalyst for transforming India into the fourth tech hub in the world after the US, China and Israel. The current situation affords technology entrepreneurs an opportunity to innovate and build scalable, sustainable businesses that hinge on technology, adds Tewari.

In the US, there’s the FAAMG—Facebook, Amazon, Apple, Microsoft and Google; in China there is BAT—Baidu, Alibaba and Tencent; India could see the emergence of its own tech narrative, for example, with the rise of Reliance Industries’s Jio Platforms, which has over 400 million mobile subscribers in India. Platforms such as InMobi’s Glance—with over 100 million active users—are also coming to the fore.

The idea of Indian apps going global is not far-fetched, says Tewari. Platforms such as Glance and Roposo—a video creation and sharing app with more than 75 million downloads—are already competing at scale with global players.

As of July 2020, there are close to 3.5 million apps on the Google Play store globally, says Pavel Naiya, a senior analyst for devices and ecosystem at Counterpoint Technology Market Research. Of this, about 4-5 percent are from India. (Most of the popular Chinese apps are limited within China where Google is blocked and Play Store isn’t available; that’s why less than 1 percent of the apps on Google Play are from China.) The ban gives Indian tech startups a little longer runway to catch up and present compelling products that can appeal to users while respecting their privacy.

“From a local company perspective, I think the big picture is that this is a great opportunity to serve consumers with a great product,” says Anirudh Pandita, founder of Pocket Aces, a digital entertainment company in India. “Speed of innovation and understanding of local consumer behaviour will be critical for our companies to compete effectively with other offerings and this ban is like a marketing boost for Indian apps.”

There is also “a real ‘swadeshi’ (homegrown) sentiment among consumers right now” and that ensures local platforms have the opportunity and responsibility to serve India’s consumers, Pandita adds.

Nationalist tendencies won’t take them very far, Choudhary says, if the products they put out don’t have attractive user interfaces, engagement and ease of usage like the ones they wish to replace. And if Indian companies don’t abide by rules and laws, start engaging in violation of privacy or surveillance, we will all lose, she says.

The ban could also have some impact on India’s startup ecosystem, because the Chinese have heavily invested in it. Burgeon Law’s Priya says the immediate impact will be reflected in the business relations between Indian companies and their Chinese investors—with funding being put on hold or in extreme cases, contracts being cancelled. Indian startups do have a potential lack of cash flow looming over them in the future and may have to scout for investments from other countries such as the US, Japan, Singapore, United Arab Emirates and Europe.

While many Indian startups who have Chinese investors could face pressure, this is also an opportunity for local investors to take bigger bets on Indian startups. Such moments rarely come in a lifetime and it is important that players in the startup ecosystem recognise the massive opportunity, says InMobi’s Tewari.

Tweets by @forbesindia
Are we close to finding a Covid-19 vaccine?
IN PHOTOS: The show must go on